I'm going to try to talk about Twin Peaks without spoiling anything but I know what a high-wire act it was for me going through all day yesterday trying to avoid any information, period, so use your judgement here, people. So yeah anyway my boyfriend was pretty sad that we might not be seeing a whole lot of this here Ben Rosenfield chap later in the season, so this one's for him.

I wasn't familiar with Rosenfield but he's been bouncing around for a few years - I guess he was on Boardwalk Empire and he had small roles in A Most Violent Year and in Woody Allen's Irrational Man. I actually have a fuzzy memory of finding him cute in Greetings From Tim Buckley, in which he played the titular character in flashbacks as Penn Badgley moped around as his son and fellow musician Jeff. (That was a bad movie.)

Anyway I know the third and fourth episodes of the show are out there and I might watch them tonight but for now, after only having watched the first two hours, I can say I am so fully on-board with the whole shebang it ain't even funny. I actually saw that complaint a lot - where's the humor? I don't know what show you people were watching I was giggling like a lunatic during these two hours.

I mean if you can't laugh at a wobbly tree of neural receptors with a mashed-potato face then what can you laugh at? And don't tell me Lynch doesn't know it looks goofy - the absurdity is entirely the point. But I'm not here to lecture people into liking or getting David Lynch - I'm here to say how much I like and how much I get David Lynch. Twin Peaks forced me to turn off my phone, turn off the lights, and slow slow slow myself down to a near hallucinatory state. I was floating in the tank with a separate consciousness for two hours. It was sublime. In summation -- bonus Ben Rosenfield picture! 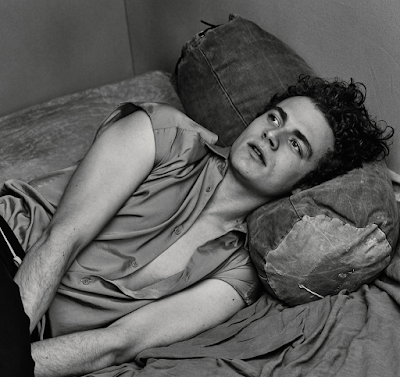 Thank U. If I have to read one more comment from fairweather David Lynch fans about how terrible the premiere was I'm gonna throw up my cherry pie.

Twin Peaks is genius! Exactly how I remember it. After each episode, I wondered WTF had I just seen. And I watched every single episode with wonder, glee, and terror. David Lynch and Mark Frost know exactly what they are doing. The Johnny Come Latelies and Fair Weather Lynch fans can kiss my LOG.