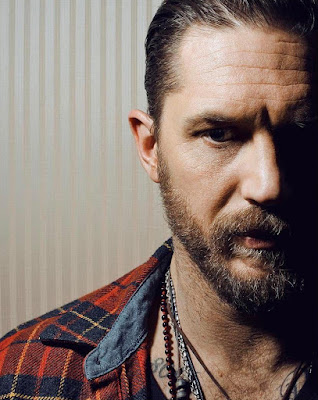 Tom Hardy, Brit though he may be, really wants to make The True American, and he'll recruit any and every top tier director he can to get 'er done! Last we'd heard Kathryn Bigelow was making it but that was way back in 2014 -- now comes word today that she's out and Jackie director Pablo Larrain is in, and as much as we dig Bigelow's work it's hard to be sad about that switch. The movie tells the true story of a Texas man who murdered two immigrants in the days following 9/11, so... yeah, it sucks that we live in a world 16 years later that this is a timely story to tell, but here we are.

Weirdly this is the second movie this year that Hardy is intent on making that Bigelow's dropped off - in January Tom attached himself to Triple Frontier, which JC Chandor picked up from her, and which will also star Channing Tatum. Said Indiewire: "The film takes place in the “la triple frontera” border zone where the Iguazu and Parana rivers meet between Paraguay, Argentina and Brazil, known as a tough-to-govern area and a hotbed of organized crime. The feature will reportedly require a large ensemble of cast members." In other Tom Hardy news Tom just starred in a trio of Sky Mobile ads which you can watch over here (thanks Mac), you know, if you just need some more time staring at Tom today. I understand. And Tom looks really good in the commercials, too. All spruced up....