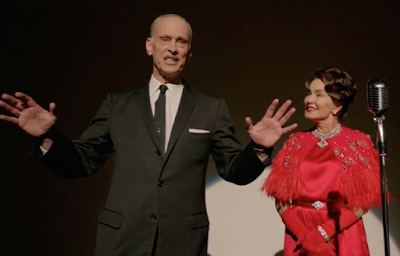 I suppose it's my own fault for not watching Feud live but man I wish I hadn't had John Waters' cameo appearance playing Straight Jacket director William Castle on this week's episode spoiled for me. But still - what a goddamned treat! My favorite thing about it is they did absolutely nothing to turn John into Castle - he's just John Waters, stick-thin and mustachioed. In an interview with IndieWire about playing the role John said:

"When they asked me to do it, I was like, ‘Well, I’m not fat, should I wear a fat suit?’ and they were like, no, we just like the conceptual idea of you playing him."


It worked like gangbusters. John also said that Ryan Murphy's tried to have him on American Horror Story before but they couldn't get their schedules worked out. Man! Make that happen! 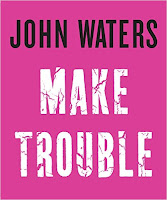 In other John Waters news his book version of his commencement speak called Make Trouble is out today! Buy it right here! Buy twenty copies and give them to all the young people you know who are graduating from college - the thing is small (stocking sized, you might say) but it's got top-shelf advice for Living Life on every damn page.
.
Who? Jason Adams When? 11:09 AM