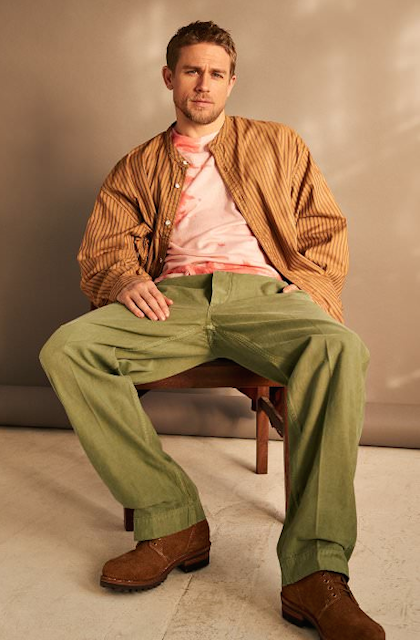 Charlie knows I love him, so I can get away with saying I'm not nuts about this new photo-shoot of him for Mr. Porter (thanks Mac) - something about it feels like Bert from Sesame Street doing a Fight Club parody to me. 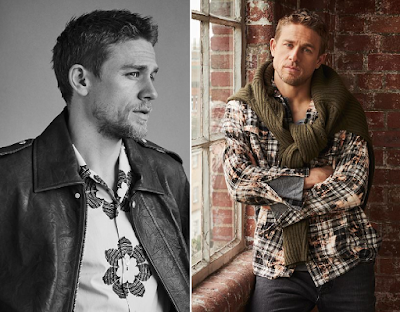 But the interview's not a bad read -- he tells us that he developed a crush on David Beckham after working with him on the King Arthur movie, and he tells us that Aaron Taylor-Johnson is his next door neighbor, thereby fueling all kinds of "borrowing a cup of sugar" fantasies. Good stuff! Hit the jump for the rest of the photos... 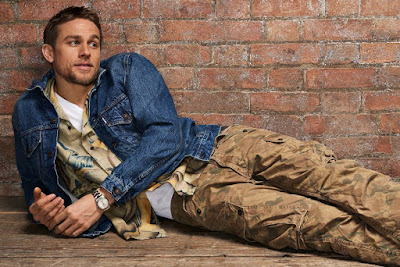 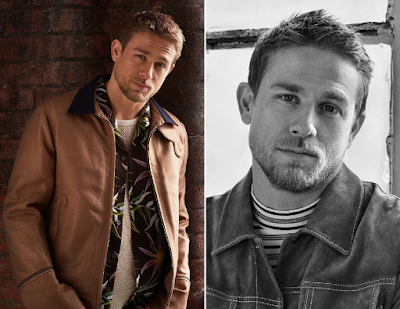 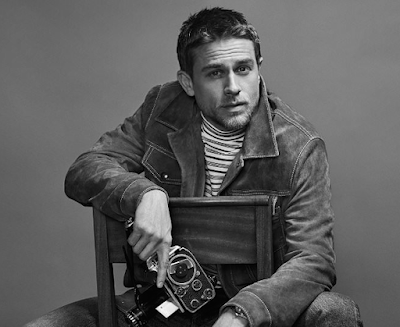 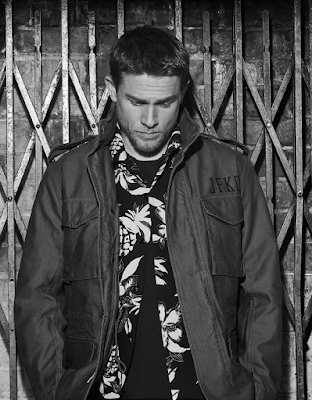