How Hot Is Matthias Schoenaerts?

Matthias Schoenaerts is so hot...

Matty's working hard in the gym these days getting big for something or other - last time we checked in on him he was flexing for his life in a shirtless seflie looking bigger than he has in a bit so my guess is it was for his Russian Spy Thriller with Jennifer Lawrence, but who knows - he's a busy boy! 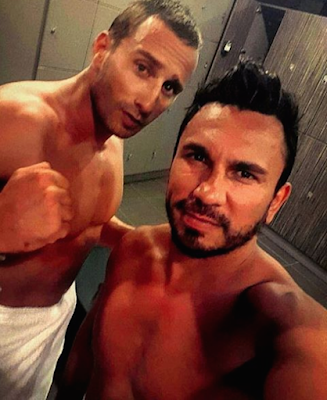 That shot's actually a few months old, posted by his trainer in Antwerp, but it's new to these eyes. And worth sharing! Anyway earlier today Matthias shared the first poster for his upcoming flick The Racer and the Jailbird, which co-stars Blue is the Warmest Color's Adele Exarchopoulos - previous post right here. 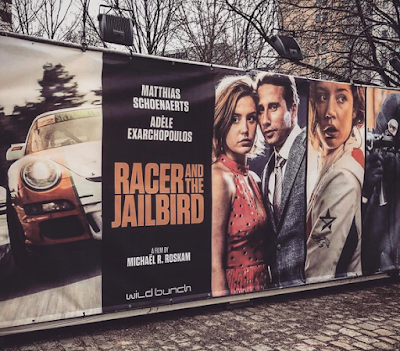 Jailbird is from director Michaël R. Roskam, who previously directed Schoenaerts in Bullhead and The Drop - why work with anybody else when you've got the an actor like Matthias at your disposal? I totally get it. (Thomas Vinterberg, director of Far From the Madding Crowd, is also making his next movie again with Matthias - once you're hooked you're hooked!) But here's how The Racer and the Jailbird is described via IMDb:

"Set against the background of a brutal crime gang in Brussels, a tragic love story between Gigi, a high-flying gangster, and Bibi, a young racing driver with very upper-class roots."


How much do I love that Matty's character is named Gigi? (Very much.) Jailbird is out some time this year - we will obviously be staying on top of it. 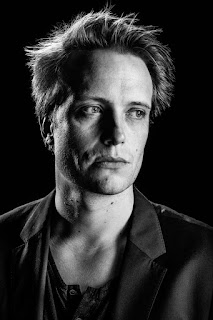 But here's a thing I just learned, looking at Matthias' IMDb page -- I guess it was announced a couple of weeks ago but totally slipped by me that Schoenaerts is making a movie with Terrence Malick next! Or.. already? I think it might have already been shot; The Playlist seems to think it will be hitting festivals this year.

"“Radegund” is currently set to make its festival debut sometime in 2017. A return to World War II for the “Thin Red Line” writer/director, the film is based on the life of Franz Jägerstätter... Opening at Jägerstätter’s home in the idyllic Austrian countryside, Radegund (working title) follows Franz (August Diehl) and his beloved wife, Fani (Valerie Pachner), along their remarkable path of resistance. Told through real wartime letters, this stirring love story finds the couple in conflict with the members of their close-knit town, their church, their government, and even their friends — all of which brings them to a dramatic choice. Set in World War II-ravaged Europe, ‘Radegund’ is a timeless story of bravery, conscience, and romantic love.”


August Diehl (pictured above left) you probably recognize from Inglourious Basterds or Salt or Allied or a bunch of other things. Valerie Pachner on the other hand I was unfamiliar with, but it appears I will be more than familiar with her very soon - besides this Malick movie she's also in the upcoming bio-pic of the painter Egon Schiele (aka my favorite painter), which I just recently discovered was happening as a friend of the blog told me to keep my eyes peeled for Noah Saavedra, who's playing the painter. For... 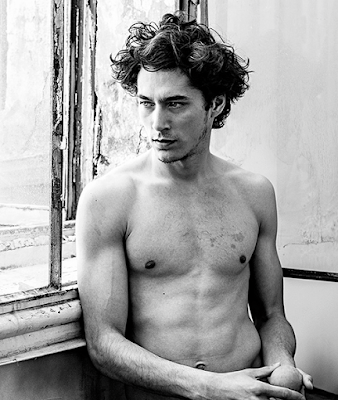 ... clear and obvious reasons.
But he is very good casting! 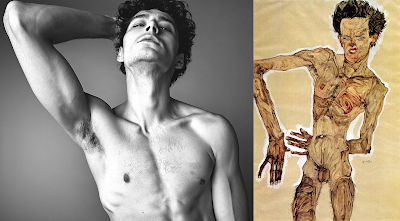 And from what I hear he aces the scenes of Schiele's oft-exposed self-portraiture. Something big to look forward to, you guys! That movie doesn't have a US release date yet but it does have an International trailer (without subtitles but whatever)...
.
.
Gosh, this post is all over the place! My apologies. I just have so many many things to say! Anyway back from that tangent - the Malick movie. It being Malick who knows how big Matthias Schoenaerts' role will be, or if he'll even end up in the final cut, but he's obviously not the lead character - IMDb lists his role as "Herder," whatever that means. Still it's good to see great directors are continuing to clamor to work with him - how long do you guys think it'll be before he gets an Oscar nomination? I'll be your date, Matty!
.
Who? Jason Adams When? 3:53 PM

He literally is smoking hot!

Also, I can't wait for The Racer and The Jailbird. That's a very sexy pairing. Him and Adele E.