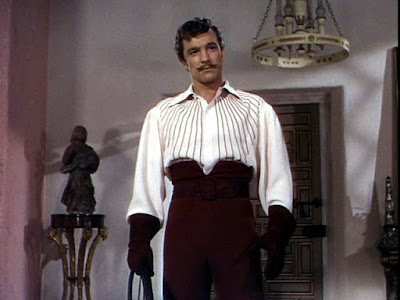 Serafin: It's hard to kill an actor.

Seriously you guys, that is good advice.
I learned it the hard way.


So the director (and the papa to Liza) Vincente Minnelli was born on this very day in the year 1903. He's the type of director whose big movies have escaped me for most of my life - lavish technicolor studio musicals of the 40s 50s and 60s have never really been my bag, ya know? Then the election happened and I decided that the movie-channel TCM (aka Turner Classic Movies) was exactly the hole I needed to bury my head in, and suddenly I was watching Vincente Minnelli movies all the time.
.

There's something really spectacularly dirty about the way Louis Jourdan fiddles with his cane in this scene in Gigi pic.twitter.com/RWTURBf4IX
— Jason Adams (@JAMNPP) February 10, 2017

.
Good god they play Gigi and Meet Me in St Louis constantly. Anyway alongside my Minnelli education I have also, thanks to other TCM offerings, been getting a good dose of Gene Kelly too. I mean nobody needed to teach me that Gene Kelly was worth watching -- I have eyes. But I had never used them to take in what happened when Minnelli & Kelly came together with this film The Pirate, and good...
.

Not bad for a thigh master.

I guess you know there's a Tumblr dedicated to Kelly's ass...