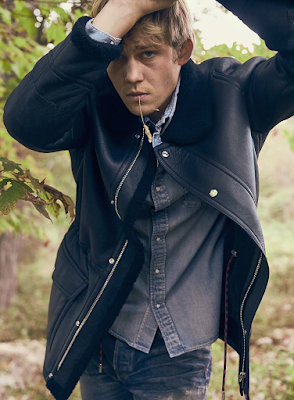 Just realized while looking at these pictures (via, thanks Mac) that in the holiday slash election chaos I never wrote up any thoughts on Ang Lee's film Billy Lynn's Long Halftime Walk... and maybe for everybody involved that's for the best. It's an astonishingly flat film (ironic given the million frames per second 3D aesthetic) that only pops to life once or twice (the actual halftime sequence is pretty good!) but mostly just lays there, dramatically inert, as if Ang was so busy with the tech he was playing with he wasn't paying any attention to the stuff he usually excels at - just little things, like character and story and plotting and visuals and on and on. 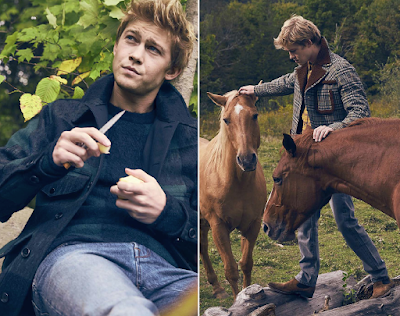 Anyway the film's star, who you see here (and if you click back to this previous post also there), has a fascinatingly strange face and head that did hold my command at times, and there was always Garrett Hedlund in army clothes hanging around at others, so it's not a total wash. Hit the jump for a couple more pics of Joe... 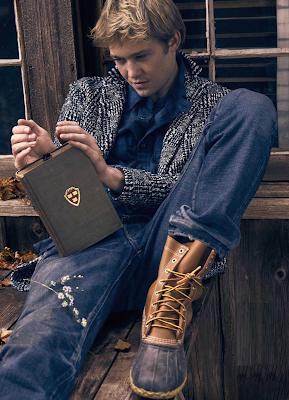 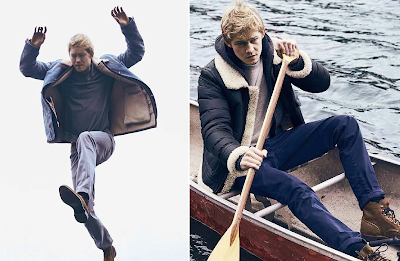 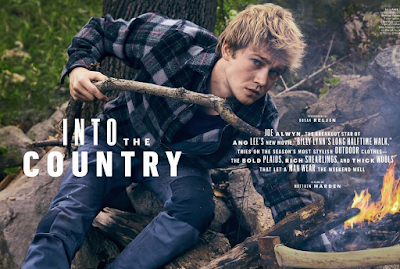