--- Spoon Fulla Whishaw - The Mary Poppins sequel is still a thing that's happening and somehow it keeps gathering up great names - Emily Blunt! Meryl Streep! Lin-Manuel Miranda! - but it just captured its lynch-pin, the one that forces me to see the blasted thing - my theatrical wisp boyfriend Ben Whishaw is in talks to play grown-up Michael, who it sounds like might be the lead character (you know besides that rude nanny everybody inexplicably loves).

--- Bob Senior - I think most of us probably knew already that Robert De Niro's father, the painter Robert De Niro Sr., was gay, but this new interview Junior just did with Out Magazine is the first time I have heard him really talk about it and it's worth checking out. I guess he made a documentary for HBO that's airing soon. I love that they asked him why he has never played a gay role (although his role in Stardust does come to mind). And I'd never actually seen Sr's paintings before - they aren't bad! 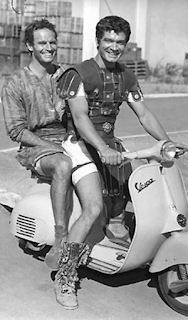 --- Ben Gay Done That - As if we needed fewer reasons to see the new Ben-Hur movie (Jack Huston as the leading man is plenty of reason to not see anything, folks) now comes word that they totally de-gayed the thing and upped the Jesus ante - pretty-boy Stephen Boyd is spinning in his luxuriously gilded grave, no doubt, while Charlton Heston smiles on from Satan's side. And shame on you, Toby Kebbell.

--- Lay Over Get It - I only half read this interview with Bachelorette writer-director Leslye Headland because it seems to go too far into depth about plot points in her new play The Layover, but I am excited she has a new play out this fall - y'all know I love Bachelorette as much as I love having sex with a hamburger. Oh and the play version of Bachelorette is also getting staged this fall too! 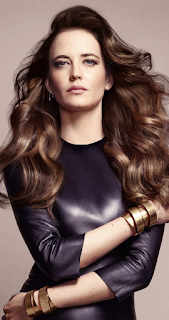 --- Pretty Penny - I haven't given this a proper read-through myself yet but Variety interviewed the production designer of Penny Dreadful (thx Mac), who was nominated for an Emmy, and rightfully so -- would that everything from top to bottom on that lovely, lovely show was nominated. (Yes I am getting up right now and going to the store just to buy a forty so I can pour it out for Eva Green before I even finish this post.)

--- Sister Fight - This is a couple of days old (okay all of these stories are a couple of days old, I am slow, sue me) but maybe you missed the news that Catherine Zeta-Jones (known in my house only as "The Zeta" - feel free to borrow that!) has joined the cast of Ryan Murphy's new series Feud -- which will be about the feud between Bette Davis & Joan Crawford as played by Susan Sarandon & Jessica Lange -- in which she will be playing no less than the living legend Olivia De Havilland herself. The thing that scares me about this (I use "The Zeta" as a pejorative, you see) is it makes me think the second season of this feud show will be all about Olivia De Havilland's legendary lifetime feud with her sister Joan Fontaine - topic-wise that's terrific but a full season of The Zeta? Not so sure about that...

--- And Finally there's a new trailer out for Andrea Arnold's film American Honey, watch it below! If you missed the original trailer we did a post on it here. I think this might be, now that I have seen Paul Verhoeven's Elle, the film that I'm most looking forward to this Fall. I wish it was playing NYFF dammit!
.

American Honey isn't playing the NYFF, but it's opening commercially the same NYFF starts - 9/30 - so that seems like a pretty good trade off.

The voice-over on the American Honey trailer was dreadful! Who were they quoting? kinda pretentious, no?

The de-gaying of "Ben-Hur" was an inevitability, according to the screenwriter. Since Gore Vidal added it to the script of the 1959 movie and since Warner Bros. controls the rights to that version, the screenwriter couldn't use anything from it -- only from the original novel. It's explained in full here: http://www.vanityfair.com/hollywood/2016/08/ben-hur-2016-gay-homoerotic-subtext

Why shame on Toby Kebbell? I don't get it, JA.

Anna -- His quote at the linked article, about the world not needing a gay voice now, is REALLY tone-deaf. It's well-meaning but dumb as a box of rocks, and not in a harmless way.