Cowboys Know Cowgirls Ride on the Indian Side 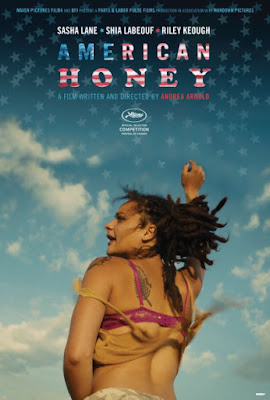 Andrea Arnold's new film American Honey is easily in my top five anticipated movies of the year, but I have to admit I am worried there's a chance the film could easily stroll into "The We and The I" territory - The We and the I is a 2012 Michel Gondry movie about a bunch of teenaged school kids riding a city bus that I found absolutely unbearable and shrill from my vantage point as an ancient turd. It is possible that American Honey, a road trip movie starring what appears to be the main character from Andrea Arnold's film Fish Tank multiplied by ten. One I could deal with! Feeling like I'm trapped in an enclosed space with a group of over-confident hormone-cases is another thing altogether.

Those worries aside, the trailer only makes American Honey look like it could be the movie I am worried about in fits and starts - mostly it looks like the movie I hope it is. It looks focused enough on the lead girl and her relationship with Shia to ground the story some, while also opening up across a beautiful, tumbling landscape filled with lots of different types. But don't listen to me, watch the damn thing:
.


.
We still don't have an exact release date but it'll probably be in the Fall - I am really hoping she brings it to the New York Film Festival!
.
Who? Jason Adams When? 10:41 AM