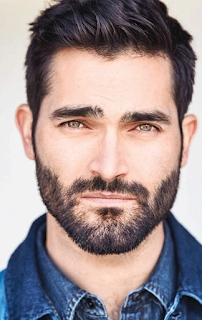 --- Super Wolf - Now that he's been cast it totally makes sense that Tyler Hoechlin is playing Superman on The CW's Supergirl series (thanks Mac) - I don't know why his name didn't occur to me when the word was going around that the show was looking to cast the role in the first place. Supergirl is run by Greg Berlanti, the openly gay dude behind basically all of the DC superhero shows on the small screen, and it's clear he learned some vital lessons from watching the Teen Wolf series which co-starred Hoechlin. Anyway Tyler is sure gonna fill out that suit nicely!

--- Drinking Buddies - Orlando Director Sally Potter is about to start filming a new movie, which is cause enough to celebrate, but wait til you get a load of her cast - Kristin Scott Thomas, Patricia Clarkson, Emily Mortimer, Cillian Murphy, Timothy Spall, Bruno Ganz, and Cherry Jones! That is a mad good buncha actors, people. The film is called The Party and much like the Peter Sellers movie of the same title is is set at a party. Imagine that. 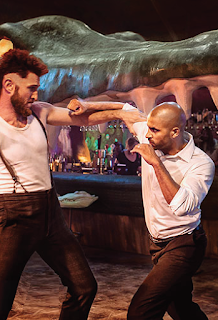 --- Gods in the House - The first two pictures from American Gods have arrived! See them over at EW. The adaptation of Neil Gaiman's book, which we've already talked about a billion times, is being shepherded onto the small screen by no less than Hannibal and Pushing Daisies mastermind Bryan Fuller himself, so we expect greatness. In the picture you can see Ricky Whittle (dear lord look at Ricky Whittle) as Shadow Moon and Pablo Schreiber as Mad Sweeney the leprechaun; at the link you can see a couple of shots of Ian McShane in character too.

Oh and in the past couple of days there's been several roles cast, all men of color - the gorgeous Omid Abtahi (I've had a crush on him for ages) is playing Salim, while Orlando Jones and Demore Barnes have been cast as Mr Nancy and Mr Ibis, respectively. And here below is a picture of Omid, who you'll probably recognize from one of the thousand times he's been asked to play a terrorist (like Homeland or 24, for example): 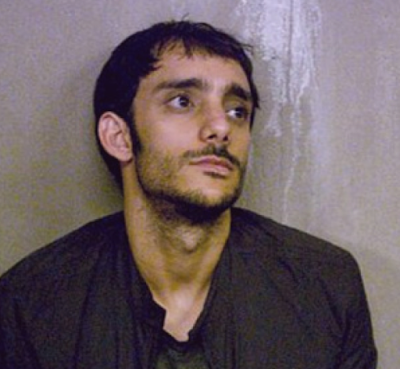 --- The Ol' Oak Tree - The first poster for A Monster Calls, one of my most anticipated movies of the year, has arrived - get a look at it over at STYD. This movie is based on the heartbreaking and beautiful children's book by Patrick Ness, which I highly highly recommend. The film stars Sigourney Weaver, Felicity Jones, Toby Kebbell, and the rich deep baritone of Liam Neeson as a tree. Watch the trailer over here if you missed it. 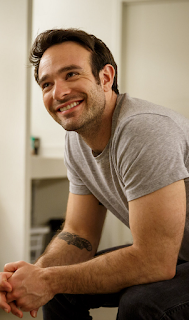 --- Brain Drain - I haven't gotten a chance to read this one yet but The New York Times spoke with Charlie Cox about his currently-running play Incognito (oh I am sure they got a Daredevil question or two in there, if they know what's good for them) - you can read it over here. (Thanks Mac) There is a picture of him attached, to make the words go down smoother. I saw this play a couple of months ago and didn't love it, to be honest, but Charlie (everybody) was good.

--- Number Twos - I was going to just post this brief update (or rather non-update) from Winona Ryder about how she has no idea what's happening with Tim Burton and the Beetlejuice sequel right now (thanks Mac) but then I read this article at THR today talking about how Hollywood's current big problem is "Sequels That Nobody Wants" and I found that to be much more interesting a thing to share. And if that's the mindset that might put the brakes on a Beetlejuice 2 happening, honestly. Especially with the Burton connection, what with the Alice in Wonderland sequel being the reigning King of the Flops and all. Happy Childhood Memories be damned, I'd probably be willing to give up a Beetlejuice cash-grab if Hollywood promised to stop shitting out sequels. (HA.)
.
Who? Jason Adams When? 1:30 PM