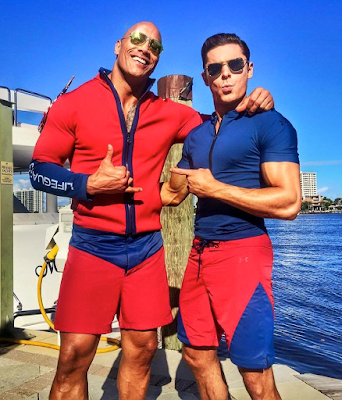 As you've no doubt seen by now (I'm coming at these a couple days late thanks to Uncle Sam) filming began proper-like on the Baywatch movie this week (I say proper-like since Zac Efron got a head-start on his pap-routine running around in spandex before shooting even began) and Zac & Dwayne "The Rock" Johnson have been spotted in their snug life-saver suits. 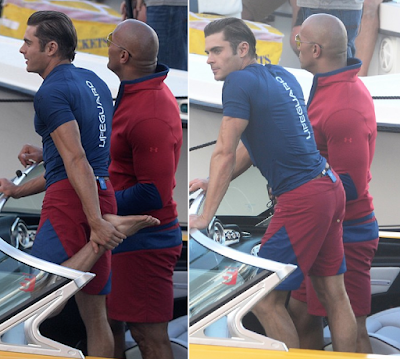 Yeah yeah it's an awful lot of suit compared to what we're ultimately hoping to see from the duo (don't let David Chokachi down, fellas) but for now it'll do. (I said FOR NOW, guys.) 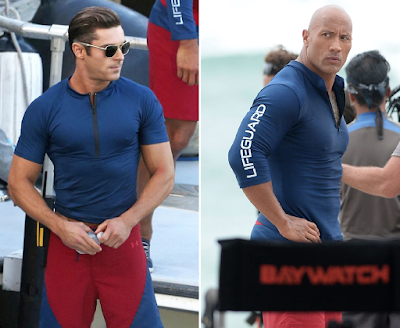 .
There are a ton more to see, which
I naturally gathered up for you after the jump... 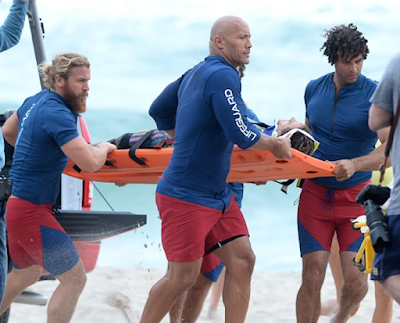 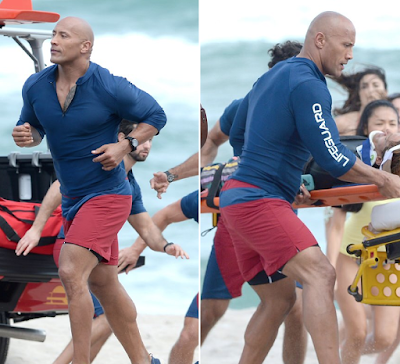 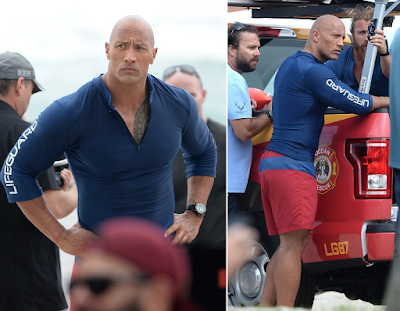 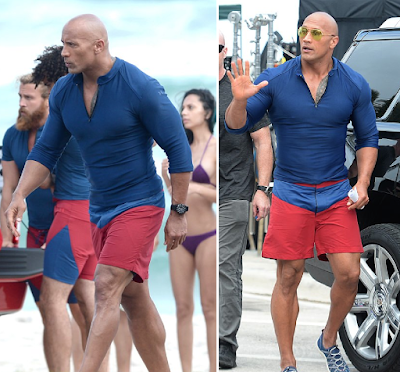 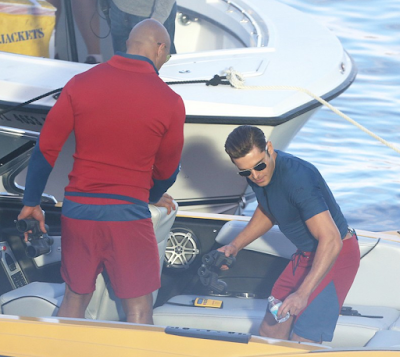 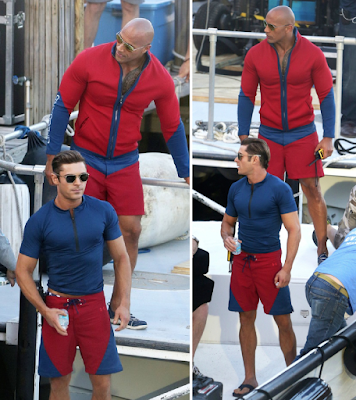 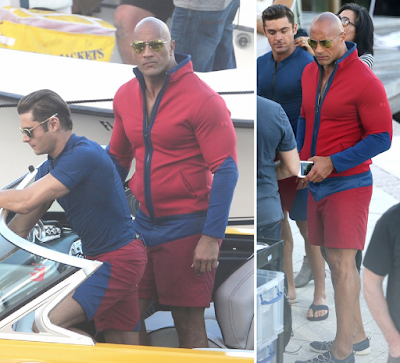 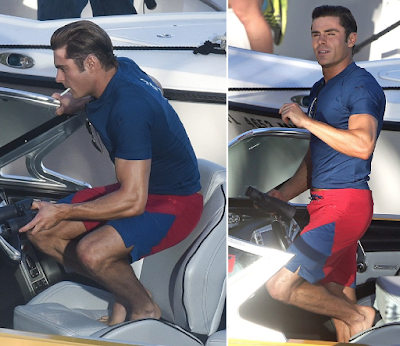 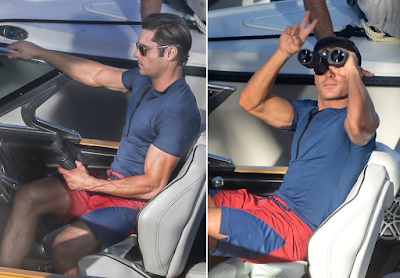 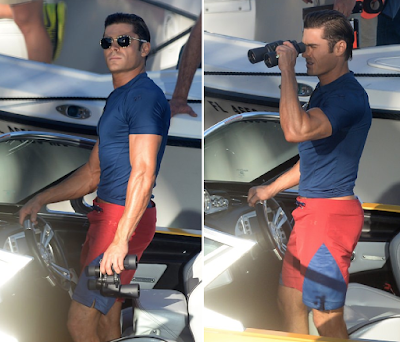 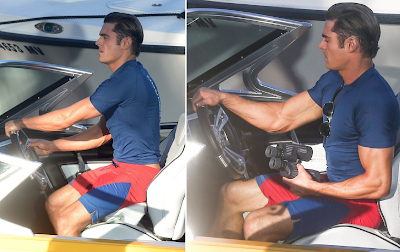 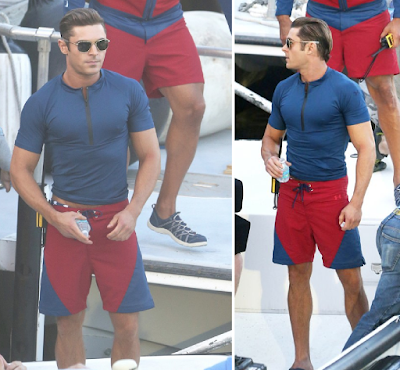 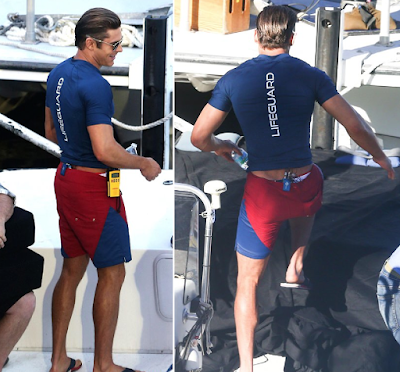 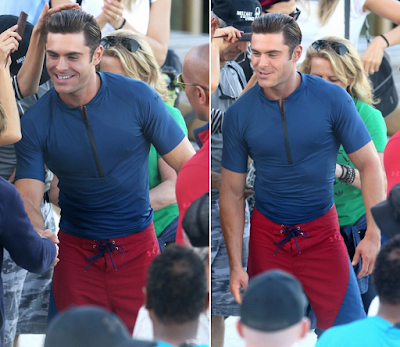 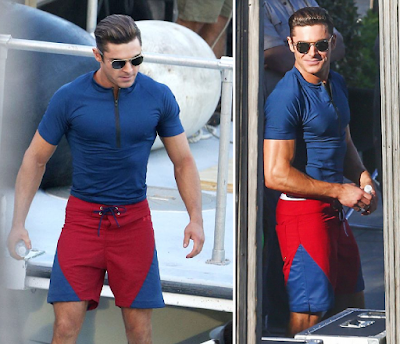 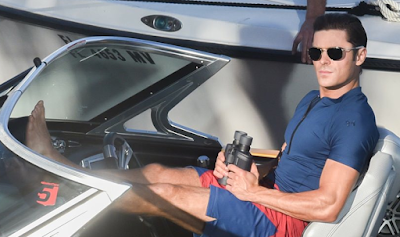 Labels: Anatomy IN a Scene, gratuitous, The Rock, Which Is Hotter?, Zac Efron

The Rock (or whatever the hell he calls himself now that he considers himself a serious thespian) seems like a cartoon character.

The trunks could be shorter but at least they are above the knee.

Can I write in the guy with the beard in the last picture?

Can't they just make this a romantic movie about The Rock trying desperately to get his dick in Zac's ass?