Where Is Your Gods Now 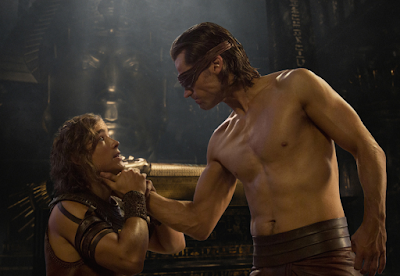 I know we're all boycotting Gods of Egypt because of the white-washing (and thankfully the trailer's so ridiculous that I don't feel much tension in missing it) but I still wanna take the chance to stare at Nikolaj Coster-Waldau when given the chance, ya know? They released a few stills from the movie (click to embiggen) and he looks great, although ridiculous, and yes white. 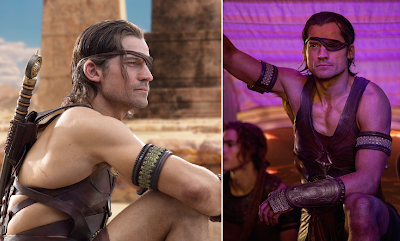 White as sin! Anyway the movie's on course to flop horribly, but let's not hold it against Nicky. I have a few things that I want to hold against Nicky, personal things, but this isn't one of them. Let's hope the new season of Game of Thrones is a good one for the Kingslayer and we can put this unfortunate bit of business behind us. (And yes I's also like to put Nikolaj behind me - words have many meanings.)

I'm not sure I could handle watching this on a lazy Sunday afternoon on TBS. Hungover and free it still looks horrendous. (And white)