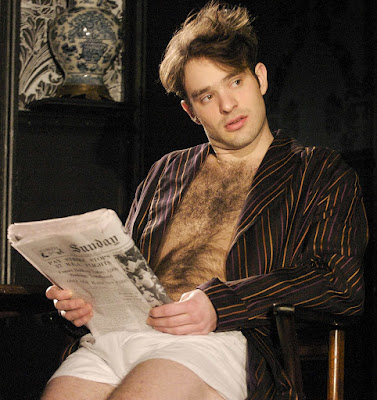 In 2008 our current beloved Daredevil Charlie Cox starred in a production of two of Harold Pinter's plays, called The Lover and The Collection, in the West End. We'd seen (and posted) a couple of pictures from the show similar to the one above before, of Charlie and Charlie's Open Robe and Charlie's Furry Chest and Charlie's Boxer Shorts, and we thought that they were quite nice indeed. But thanks to this Tumblr, this glorious Tumblr, right here we've now got a few more pictures, of very high definition, and... 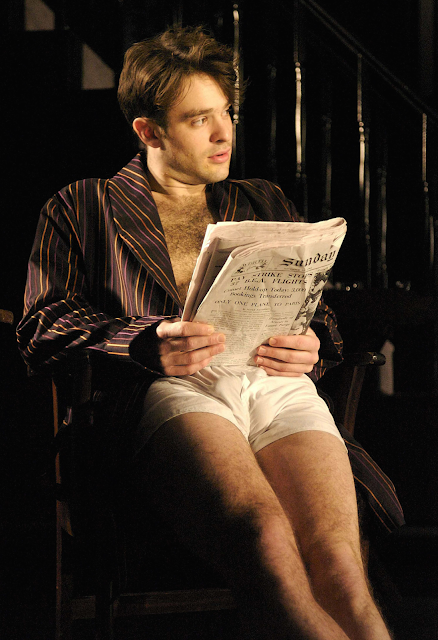 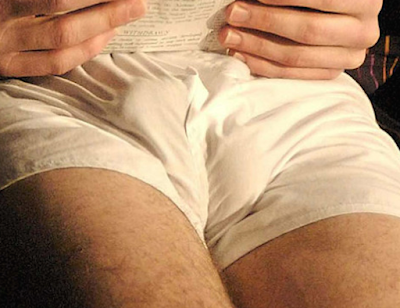 I have to stare, I have to inspect closely - for the obvious reasons but also because I can't quite convince myself these pictures are real. Is there photo-shop going on? Were my eyes willing things into existence by sheer force that weren't there? But no, all the tricks have fallen away, and we are seeing what we are seeing. Charlie puts the balls in Cox, my friends. Hit the jump for more of these (and do click on them, they embiggen muchly) plus some bonus more-recent pictures... 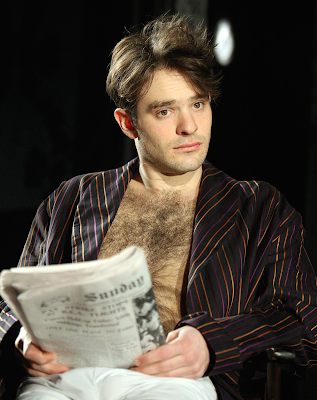 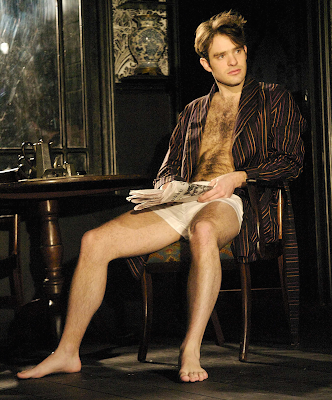 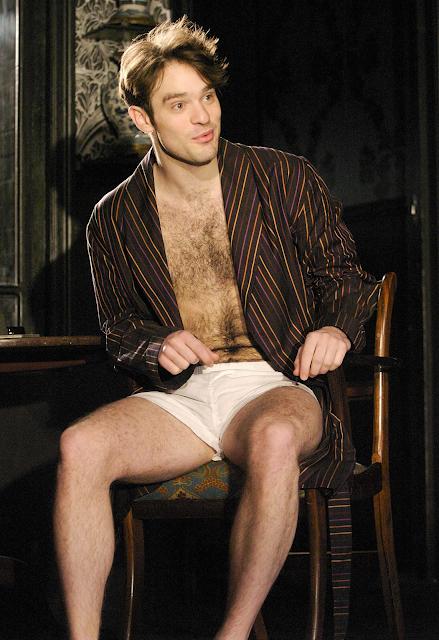 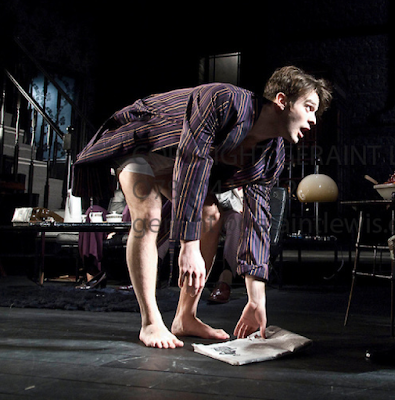 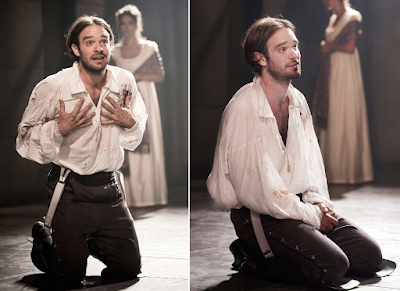 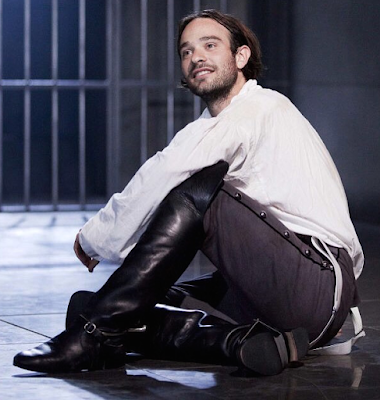 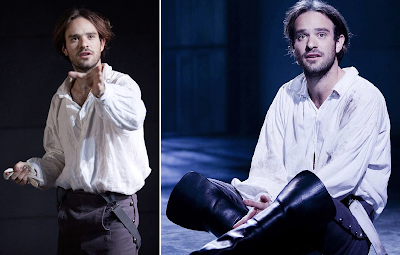 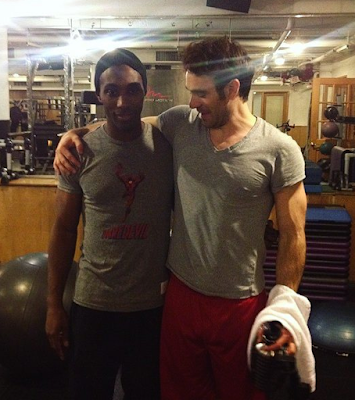 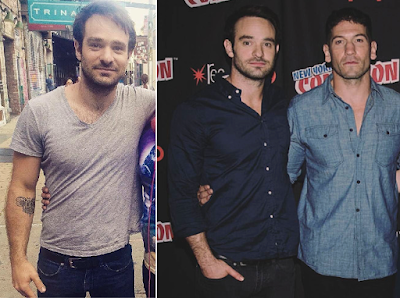 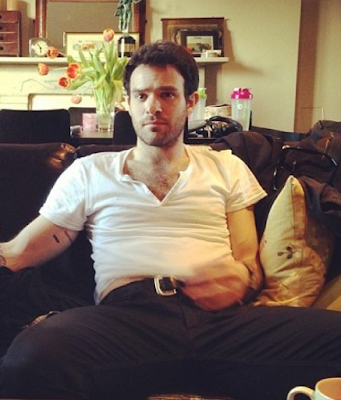 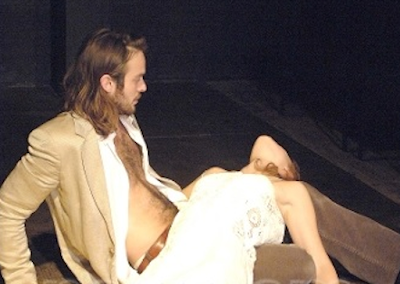 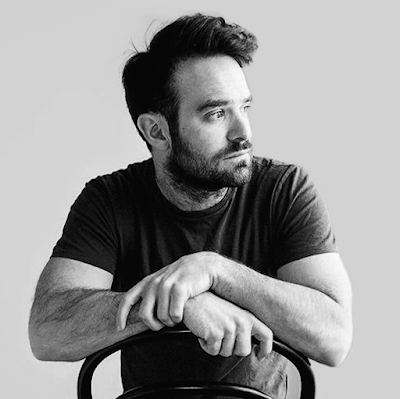 I love the theatre!

his face is ugly and he's really short and hairy, like danny devito's younger brother. only looks good as daredevil when half his head is covered

Good god. What a sexy man.

Wow. Lovely body and gorgeous to boot. Love that body hair and I did inspect further lol. Very nice!