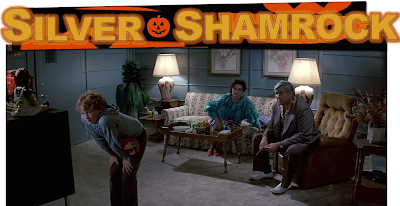 There are two paths in the wood here - either I'm doing y'all a favor by divorcing this scene from the film's soundtrack and keeping that "Silver Shamrock" song out of your head, or it's also possible I'm making it worse by forcing y'all to fill in its absence. Either way it's Halloween-time so you should have that damn song stuck in your head, sanity be damned. Okay let's hit the jump for the yucky buggy remainder of this classic moment...


We re-watched this film last year in October and devoted another "Ways Not To Die" post to it, click here for that. It's such a fucking bizarre movie, and I really love it for what it is -- I wish we lived in a world where they could've made more Halloween movies like this and fewer retreads of the routine Michael Myers Slash-n-Stab Hour, but its failure poked a pin in that. Don't get me wrong, I adore Mikey, but the sequels post-3 are all so abysmal. (And yeah I'm looking at you too, Rob Zombie.) 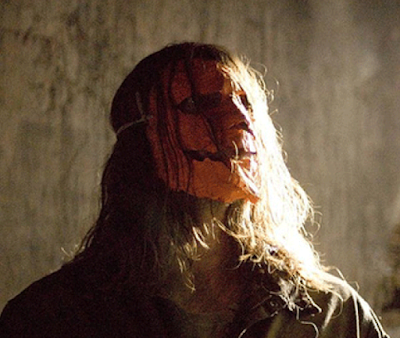 Although in saying that I'm realizing I should give H20 another shot - has anyone watched that lately? I remember thinking it was alright in college when it came out but I don't think I've watched it one time since. If nothing else Vintage Hartnett... 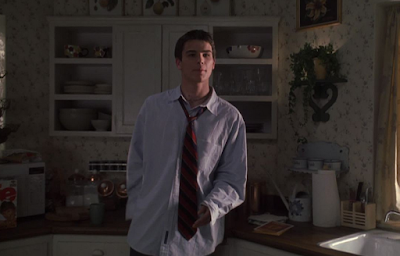 Watched H2O this weekend and found myself enjoying it immensely -- seriously, almost as much as my sophomore year in college. Are you sure you're giving Halloween 4 a fair shake? I adore that one, thanks in large part to atmospherics and decent performances from some, and there are parts of 5 that I enjoy...followed by parts that I hate, of course.

I've always really liked H20. It was a good "final chapter" to the first two excellent films. For me it's Halloween, Halloween 2 and Halloween H20. Period. I like to pretend all the others never existed.

it's worth it just for the ending with JLC.
I always hoped that her heaving self went crazy and picked up where 'lil brother left off.

Halloween III: Season of the Witch was important to me for one thing: Tom Atkins's ass...someone please make a gif of that scene.

You could've said it any better JH, those were my favorites too and my only favorites

Halloween III: Season of the Witch was important to me because of one thing: Tom Atkins' ass ... someone please make a gif of that scene.

Those Rob Zombie movies were so awful. And parts 4-6 of the original series were not good. The post H20 movies were the worst of all. Time for Mike Myers to be put to rest once and for all.
Meanwhile, Part III is a good weird and very dark movie. I like it.