We Are All A Teenage Girl Today 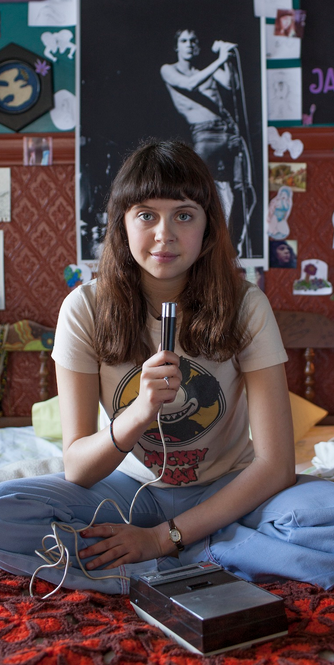 A lot has been written in the past about "The Female Gaze" versus "The Male Gaze" but lemme tell you what - The Female Gaze looks an awful lot like This Male's Gaze when it comes to staring at Alexander Skarsgard in Marielle Heller's new film The Diary of a Teenage Girl.

Okay okay so my Gay Gaze isn't specifically what Laura Mulvey was on about when she coined those terms, but while the genders of the subjects of said gazes between Straight & Gay Male Gazes might not be the same, in practice Gay Men & Straight Men still tend to look at things the same way - that is actively, aggressively. You know... penetrating like.

The Female Gaze on the other hand is seen as more passive, more inward - keep in mind I'm blathering about theoretical definitions here, which have their own logic outside of actual gendered human behavior. But anyway the point I'm straining towards is that The Diary of a Teenage Girl is a tipping of the apple cart and and a throw out of the baby with the bathwater - it's a great big fuck you to all of it.

For its main character Minnie (played in an astonishing "Hello, world!" performance by Bel Pawley), a fifteen-year old leapfrogging well beyond her years, does not have patience for that bullshit, and the movie takes its cue - its every lustful, passionate, detached, deranged, hormonal cue - from her. She looks at things the way she's gonna look at things - male, female, vegetable - and the camera looks right alongside her. 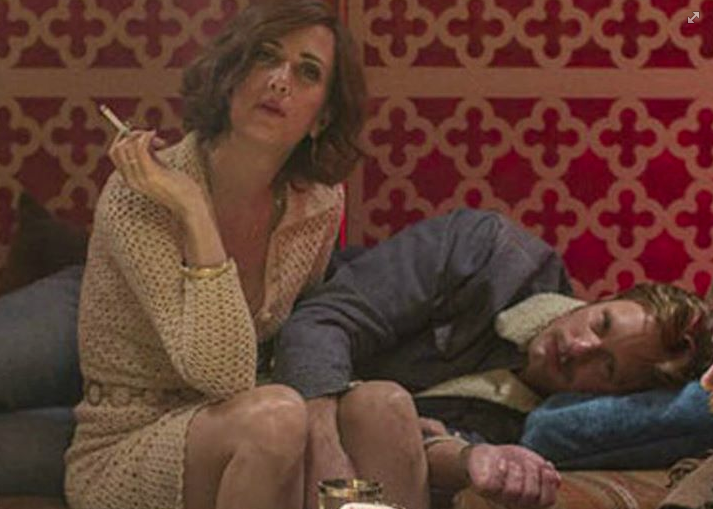 So from where Minnie stands she sees the six and a half golden feet of Alexander Skarsgard as I do - all glimmering goofy-grinned godliness - and the moral consequences, the yuck factor of age... it not judging because that never even existed. The movie is right there with her. Throbbing, pining, unable to do anything but what those terrible teenage impulses demand.

And jeez is that a breath of fresh air. If we're not too compartmentalized a culture now that this movie will be allowed to even enter the cultural conversation (it is small and it is fiercely it's own self, things mainstream culture has sporadic-at-best interest in these days), it will no doubt stoke some righteous screeds from the morality police that've pulped our country into a quivering mulch of sex-hysteria. It has no interest in playing their games though, and bless every independent fiber of it being true to its own vigorous heartbeat.
.
Who? Jason Adams When? 11:37 AM

I'm so excited for this! How's Kristen?

All of the performances are wonderful, Anon. KW just gets better and better every movie I see her in - she's very good here.

I'm still not fully adjusting to thinking of her as an "actress" as opposed to a "comedic actress", but Skeleton Twins went a long way last year. Here's to hoping this one continues that trend! She's just the best.