Jake Likes It Hardy Too 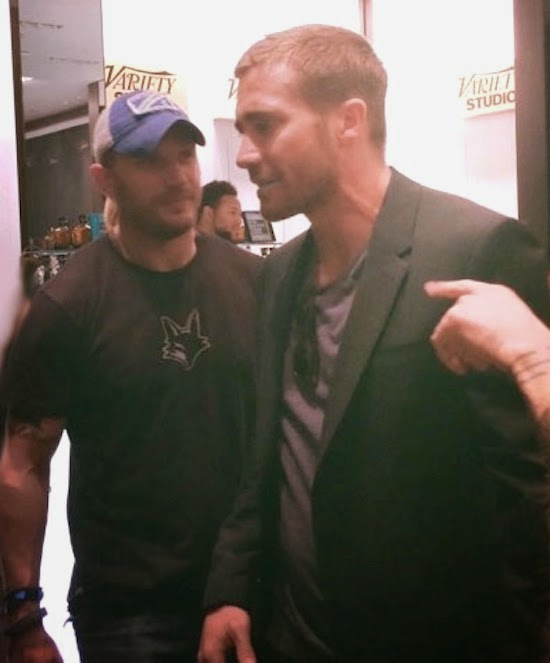 (pic via) Well this story involves several of my favorite topics and a dozen of my least favorite topics, it's a smorgasbord and a roller-coaster all wrapped in one. On the good side there's Tom Hardy, who on the bad side has apparently dropped right the hell out of DC's super-villain team-up flick Suicide Squad. Why has Tom dropped out? Because his movie The Revenant with director Alejandro González Iñárritu (who's actually a super-villain himself) has run over time, forcing Tom to drop the project. Iñárritu strikes again! 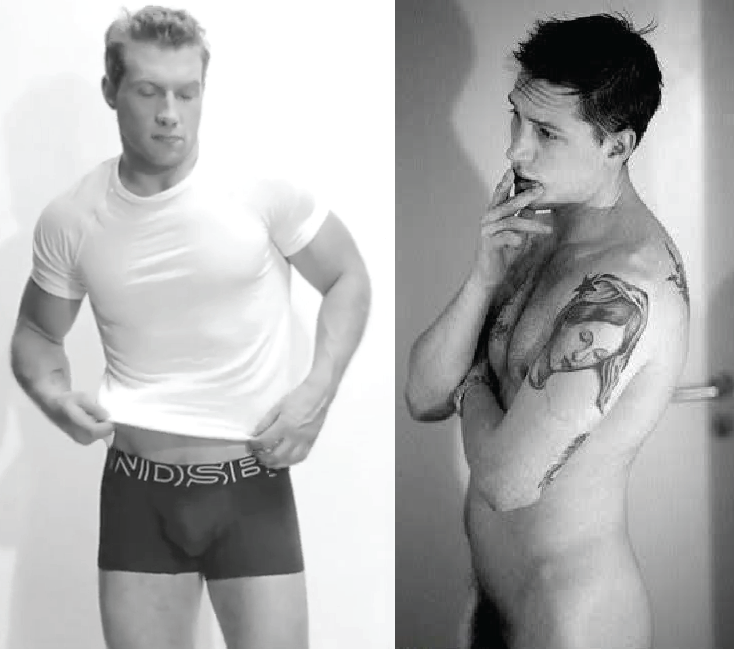 Boo, I was really really looking forward to Tom co-starring with Jai Courtney. And yes in my world "co-starring with" means "making sex tapes in their trailers together, which will be released online not long thereafter." Obviously it means that. 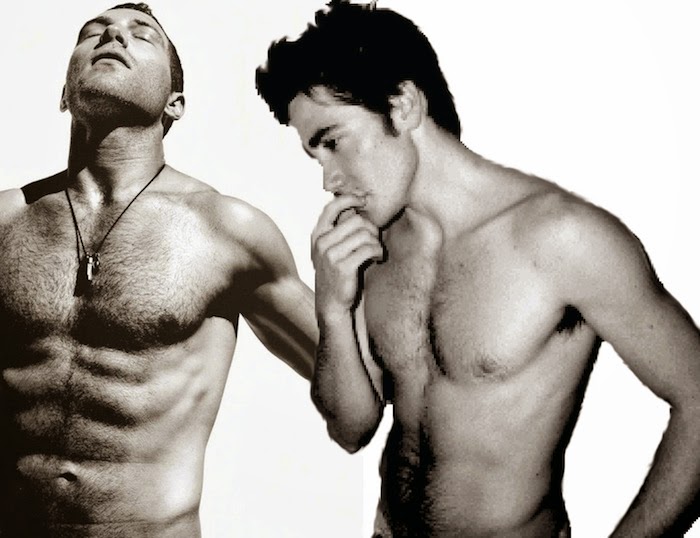 But now I might get my other boyfriend (I have so many boyfriends) Jake Gyllenhaal (but Jake's like the main fake boyfriend, of course) "co-starring with" Jai Courtney instead! Jake has worked with Suicide Squad director David Ayer before, on End of Watch, so this seems possible. Hand it off, Tom Hardy! 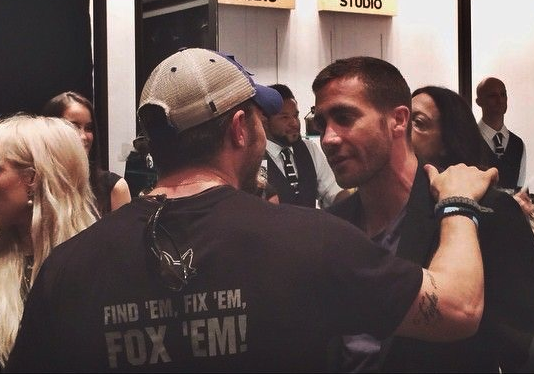 Clearly these pictures are of Tom telling Jake how Jai likes it. Also in the Suicide Squad cast are human shit-stains Will Smith and Jared Leto; Jared & Jake already co-starred together in 2002's Highway... 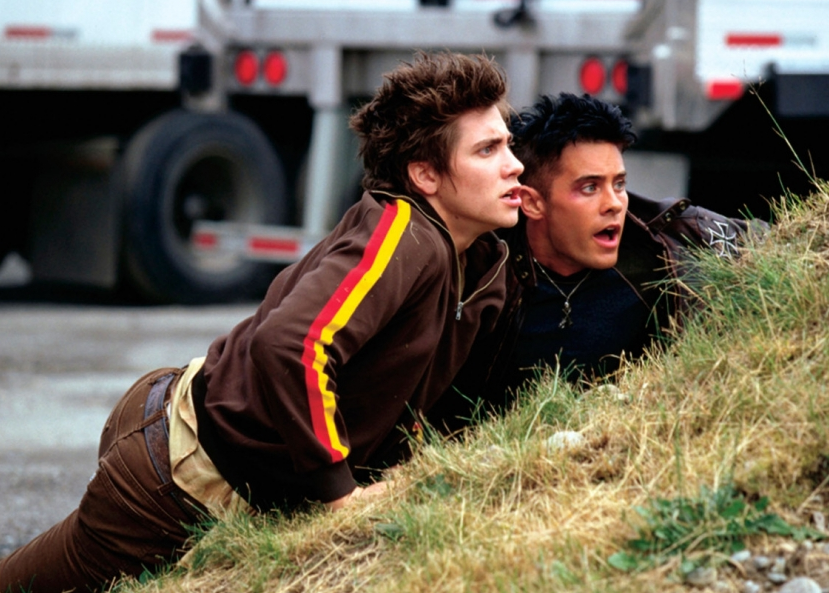 A dozen years ago seeing Jake & Jared together was a big deal, although they were ships in the night - my crush on Jared was fading while my crush on Jake was only beginning. And here we are and Jared has a fucking Oscar and Jake just got snubbed! What a world, what a world. Jake's first order of business should be getting Jared canned, if you ask me. Put it in your contract, Jake! 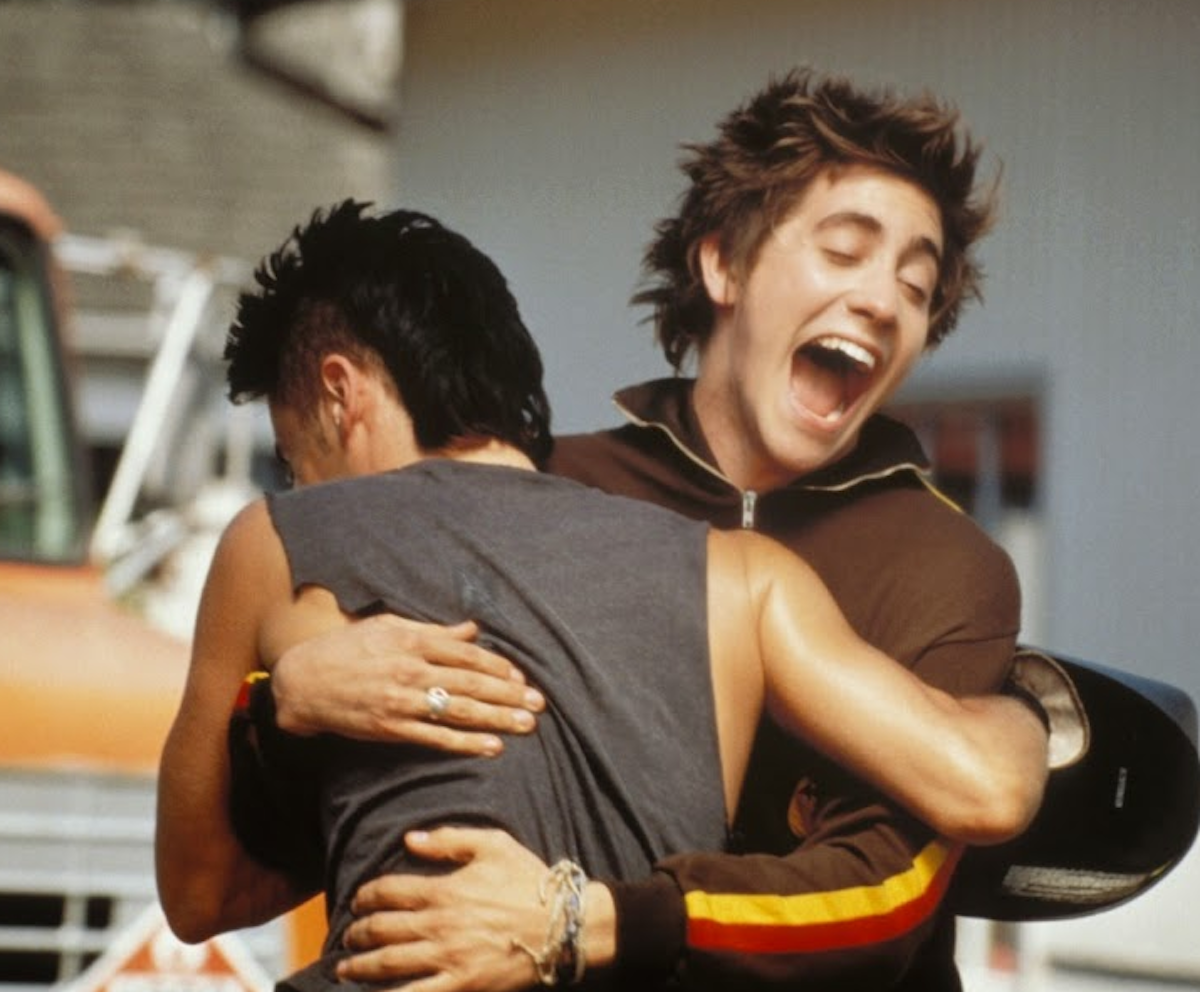