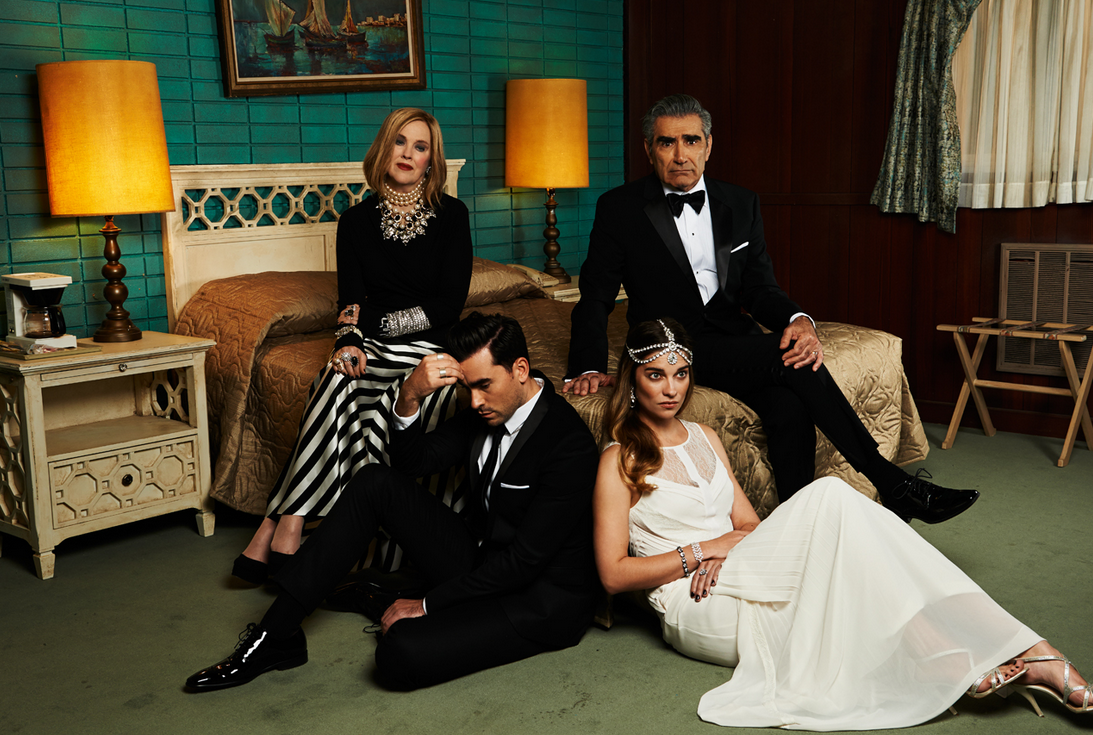 Have any of you guys watched any of Schitt's Creek yet? I believe I mentioned it back when I first heard about it but if you're all "Schitt's what???" here: Schitt's Creek is a new Canadian television comedy created by Eugene Levy and his son Dan Levy, starring the two of them and Catherine O'Hara and Annie Murphy as the Rose family; it's basically a reverse-Beverly Hillbillies - they were super-rich but lose all their money and get thrust into the boonies, a comic little community called Schitt's Creek. If you follow me on Twitter you've seen me going off the rails about how hysterically funny it is.

Shocking absolutely nobody who's ever seen her in anything, Catherine O'Hara is so funny on the show that you'll realize that nobody else in the history of comedy has ever been funny and never will, in comparison. Alright okay hyperbole aside, everybody else on the show's fantastic too - I especially like Daniel Levy, who's had a couple of small roles before this but does a terrific job underplaying the gay straight man of the family.

Oh and then there's homelessy Mutt:

Yeah I got your attention now, don't I?
Tim Rozon plays the local hippie stud,
and you should keep on the look-out for him.

Anyway the show's only on in Canada right now (well legally it's only on in Canada, I say from New York) but it will be coming to an American TV screen near you very soon! Some channel called Pop (look it up, you've probably got it, I hadn't heard of it til I looked it up last night and it is indeed a channel way up the cable-box) will start airing the show on February 11th! Set your DVRs accordingly; it's super super funny. And bonus, the show's already been renewed for a second season, because there are literally no other shows made in Canada - hooray!
.
Who? Jason Adams When? 4:07 PM

I love the show. You can stream it at couchtuner.me

And there are lots of Canadian shows. Australian ones as well.