I really hope that Alicia Witt plays this movie at parties. Imagine if she went as Alia for Halloween one year! Come on, Alicia! Do us all a solid. I know you've been busy slapping ass with Matt Lauria but maybe it's time to give back a little.

So yeah, David Lynch's Dune turns 30 this weekend. It came out on December 14th 1984 and promptly bombed like nobody's business. It only made 30 million dollars of its 40 million dollar budget back at the time, and it got horrible (and most, Lynch included, would say deserved) reviews. Oh it's got its defenders now, and I do think there are some good things about the movie...

... no, not you, Sting. Anyway it's mostly a big boring mess. I'm in the middle of reading Lynch on Lynch, a book of interviews with the director, and I wish I could think off the top of my head of interesting stuff he had to say about Dune but he clearly wanted to move on (as we all should) to the next movie he made, Blue Velvet. Dune just sounds like it was a nightmare. If only Jodorowsky had had his way... 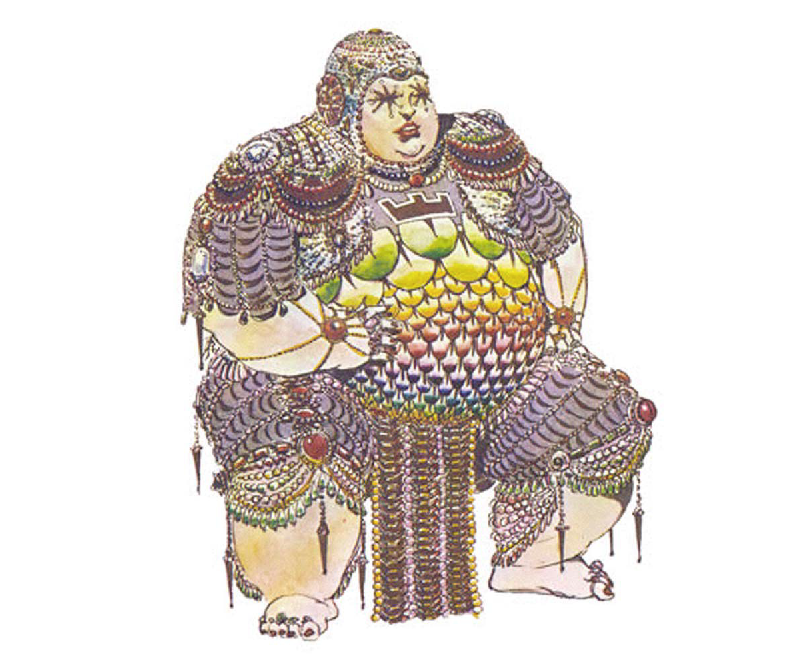 ... that's what Baron Harkonnen would've looked like in Jodorowky's movie, apparently. (Have y'all seen Jodorowsky's Dune yet? You probably should.) I don't really have any problem with how Lynch and Kenneth McMillan envisioned that character though; he and his goopy chest holes are clearly one of the most memorable parts.