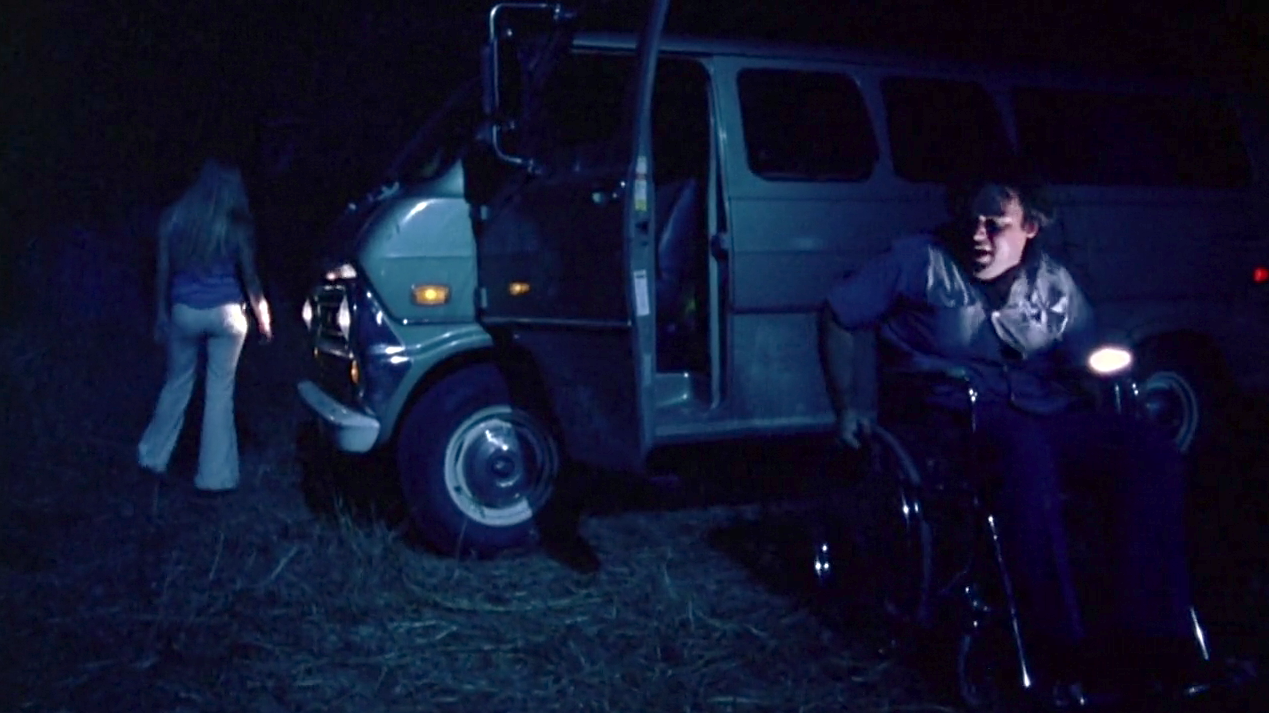 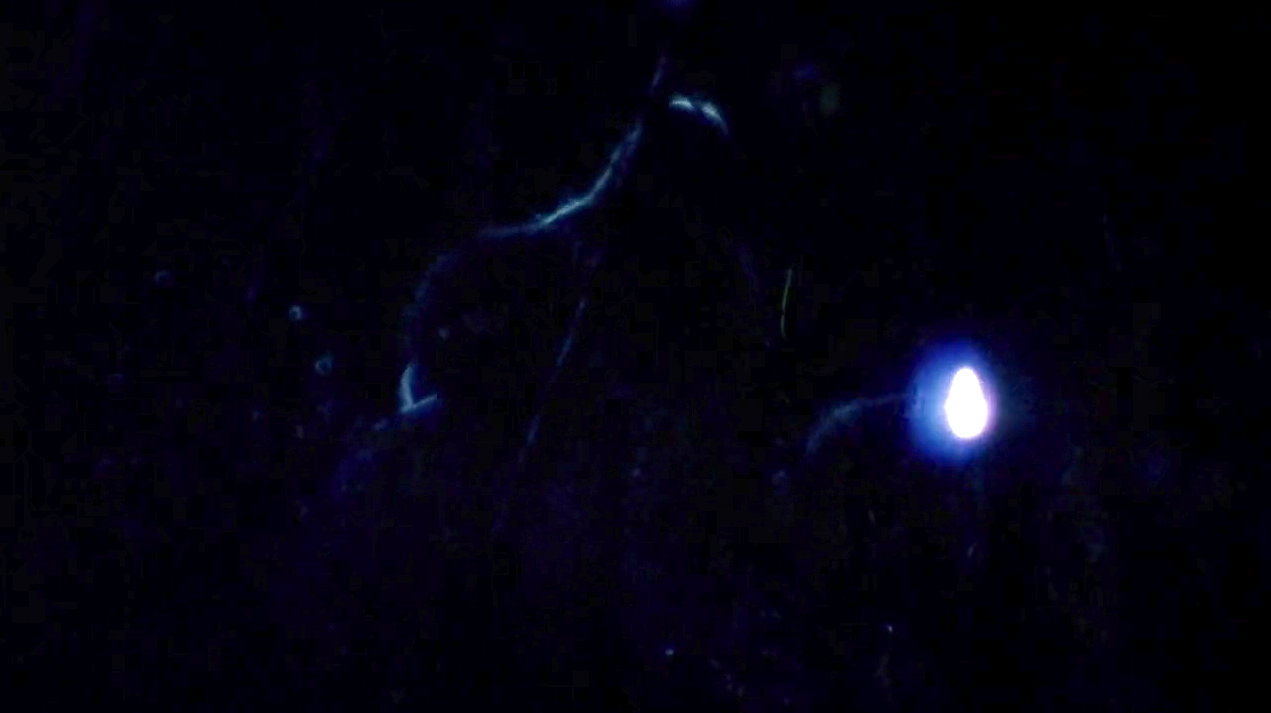 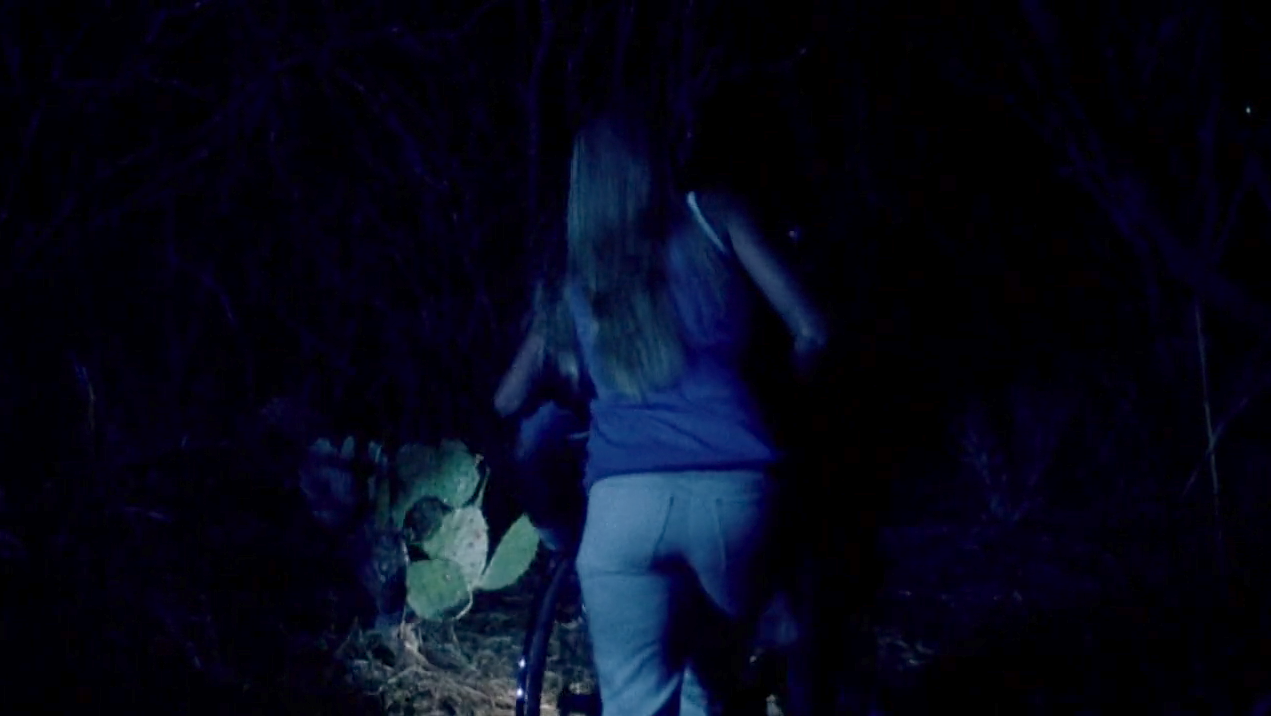 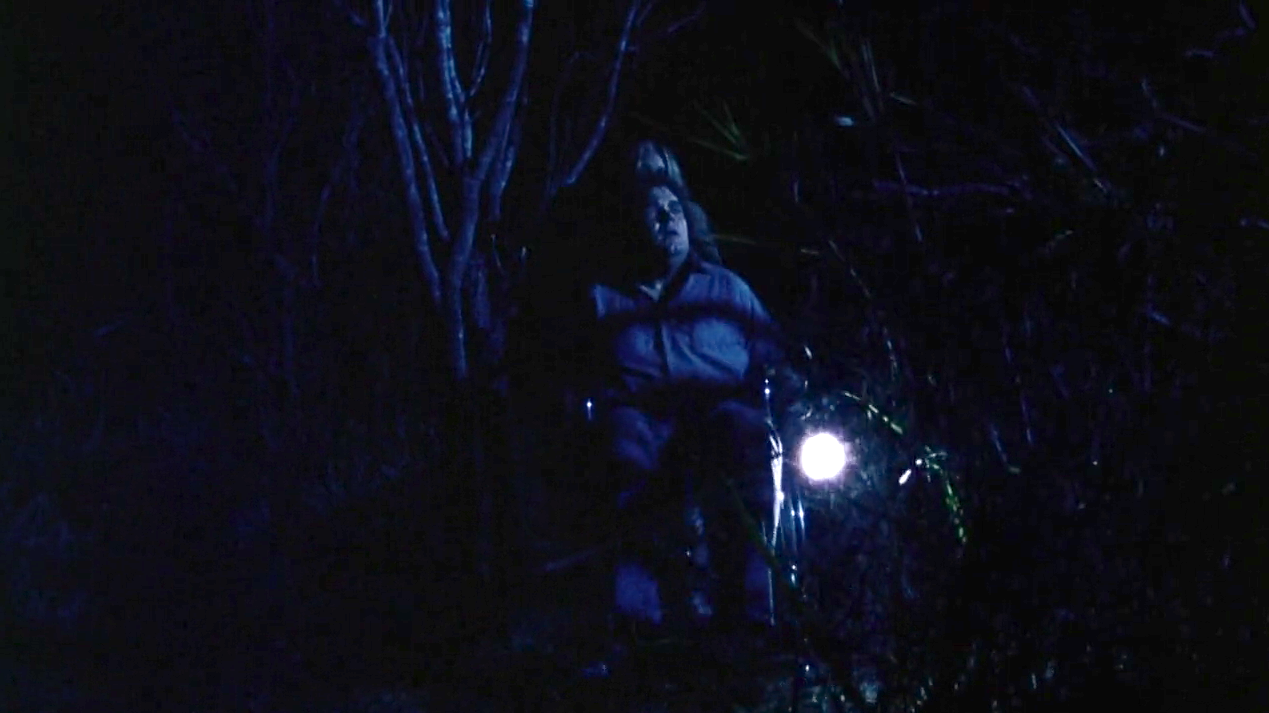 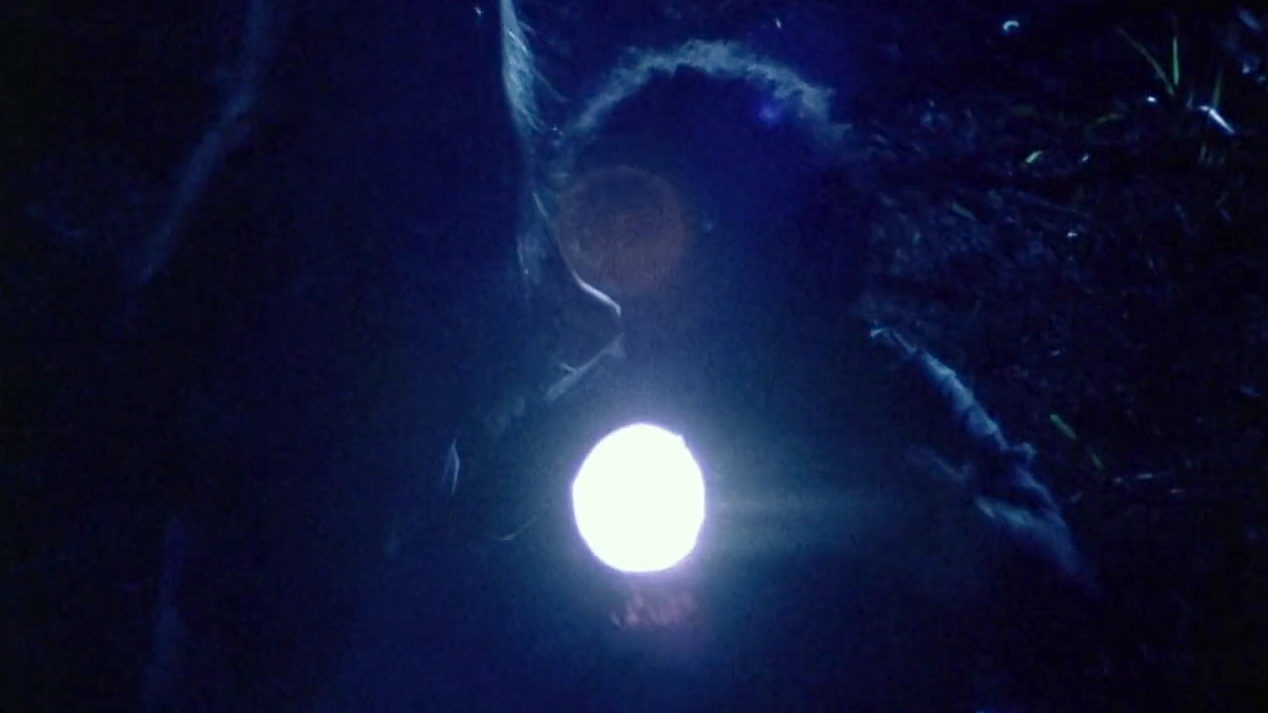 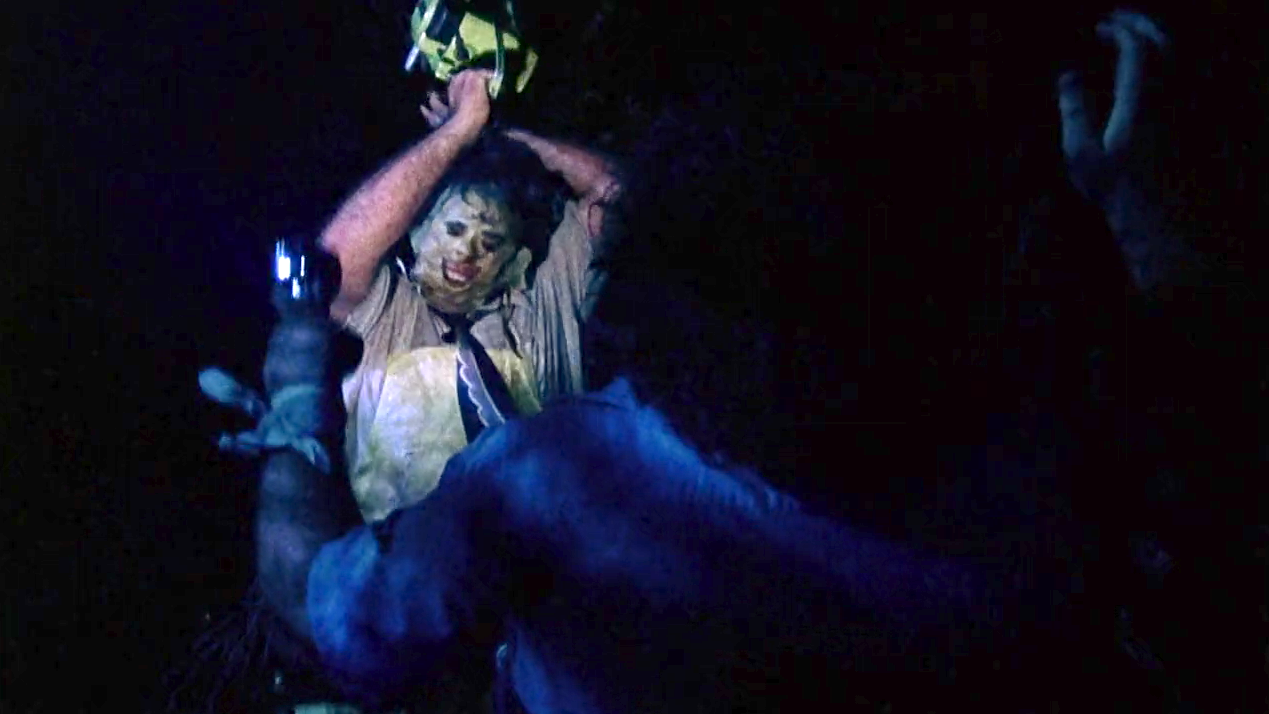 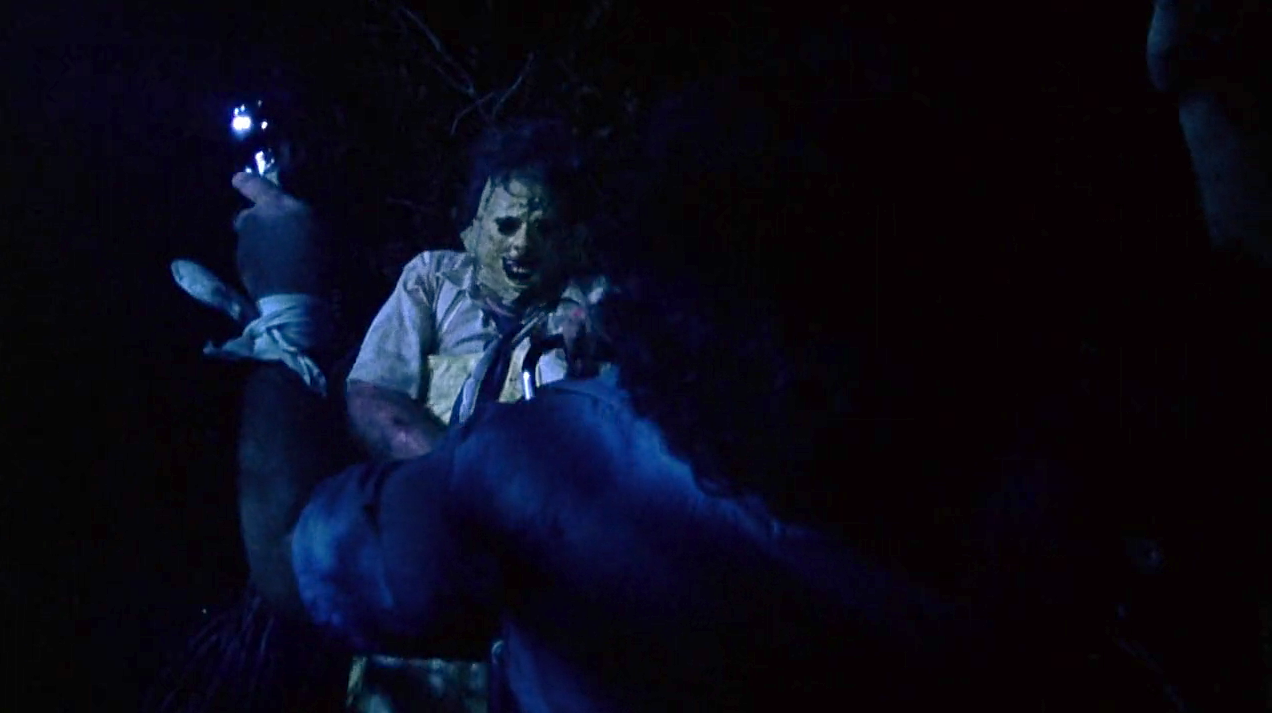 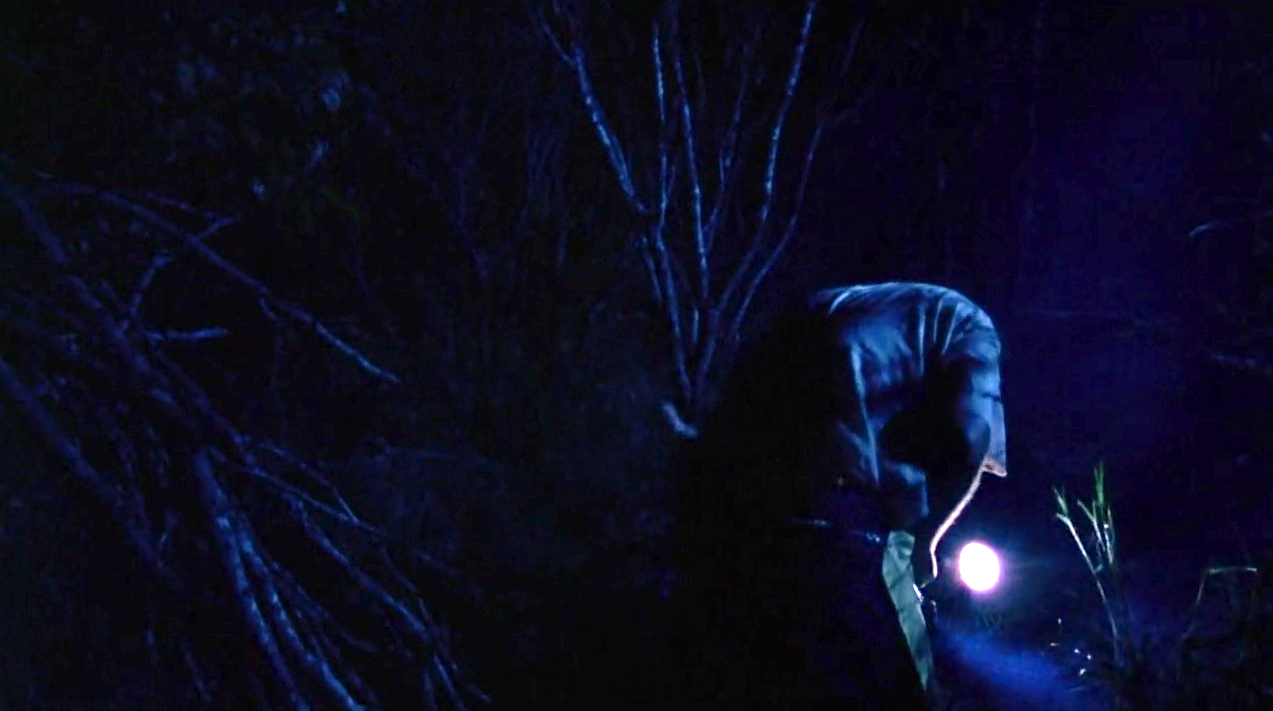 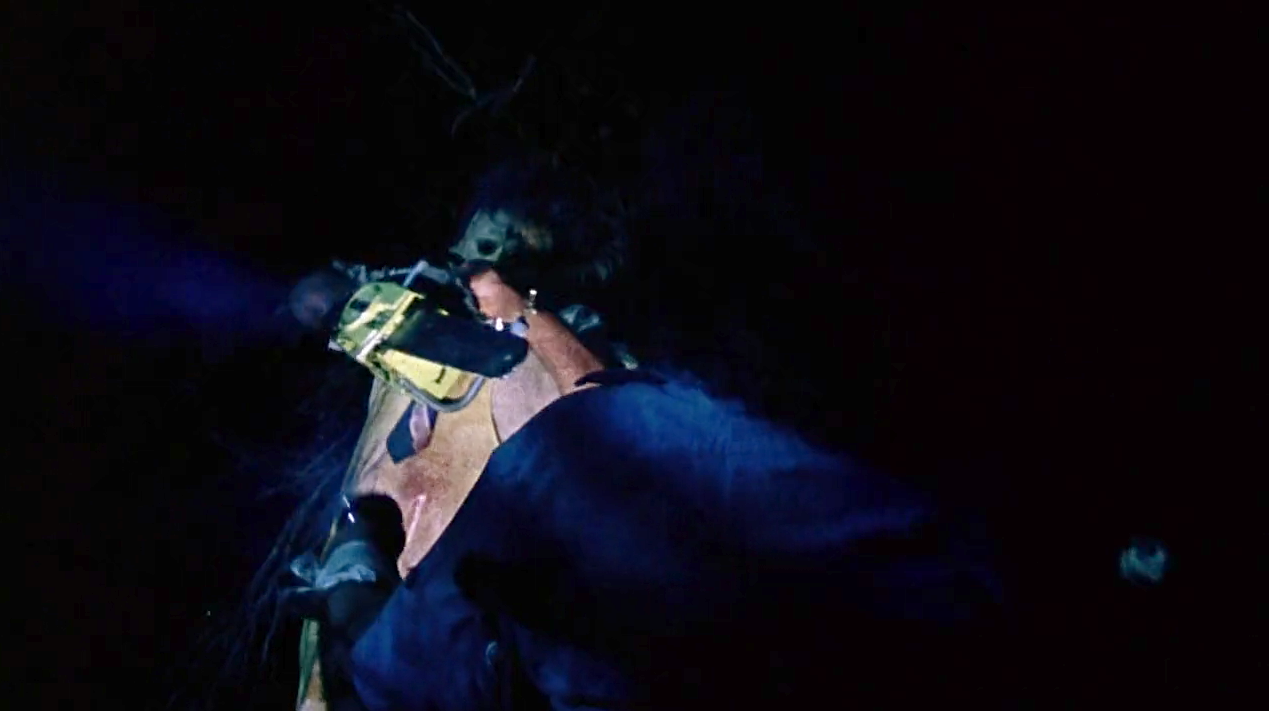 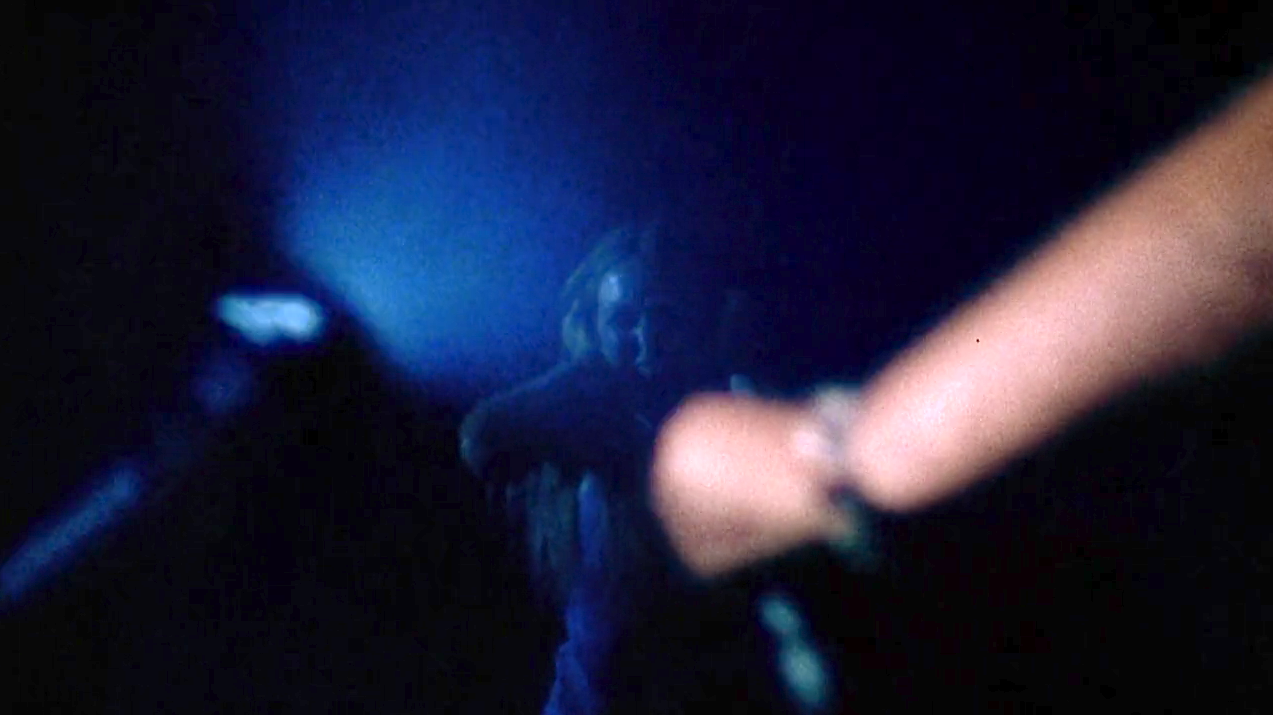 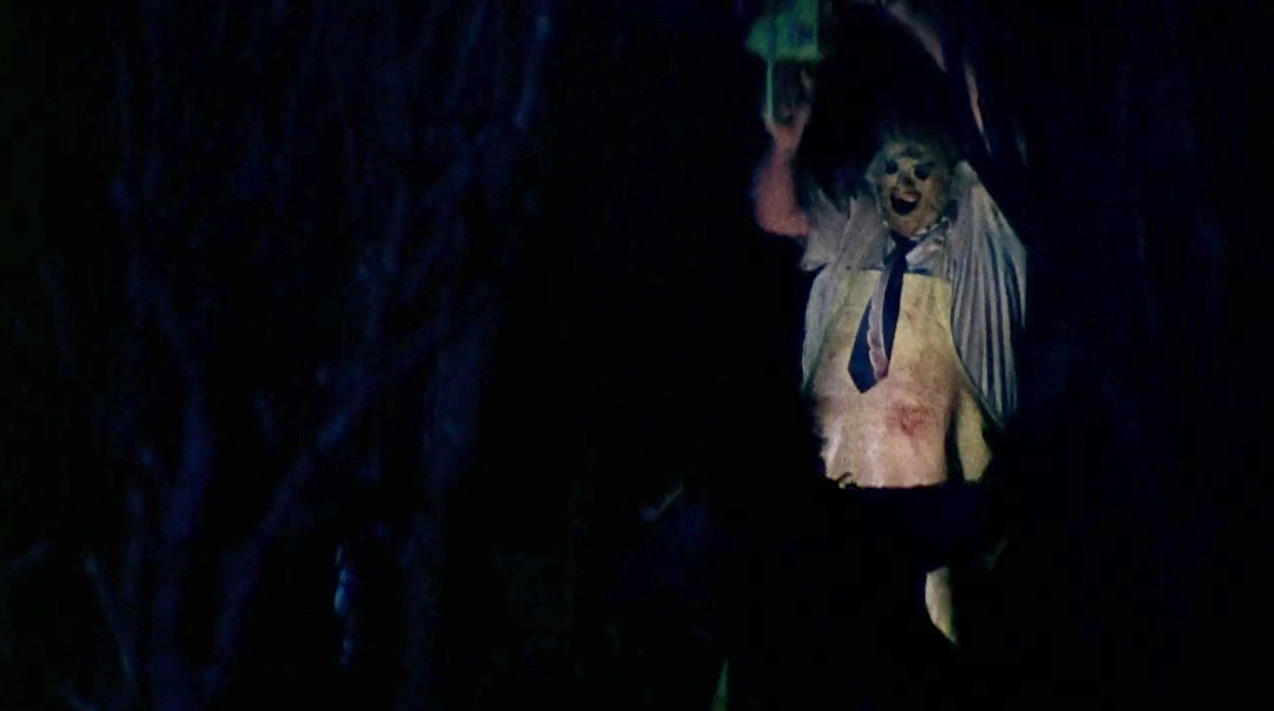 
I think a lot of us in the online horror community were looking forward to the release of this movie's beautiful fancy 4K restored version on blu-ray in about a month not just to stare at its prettiness (and it is gorgeous - I got to see it on a big screen and they did a bang-up job) but also as an opportunity to talk about the movie - I'd certainly been planning on doing this post around then. But here now with this week's sad and unexpected death of actress and premiere final girl Marilyn Burns at just 65 years young, we talk early. 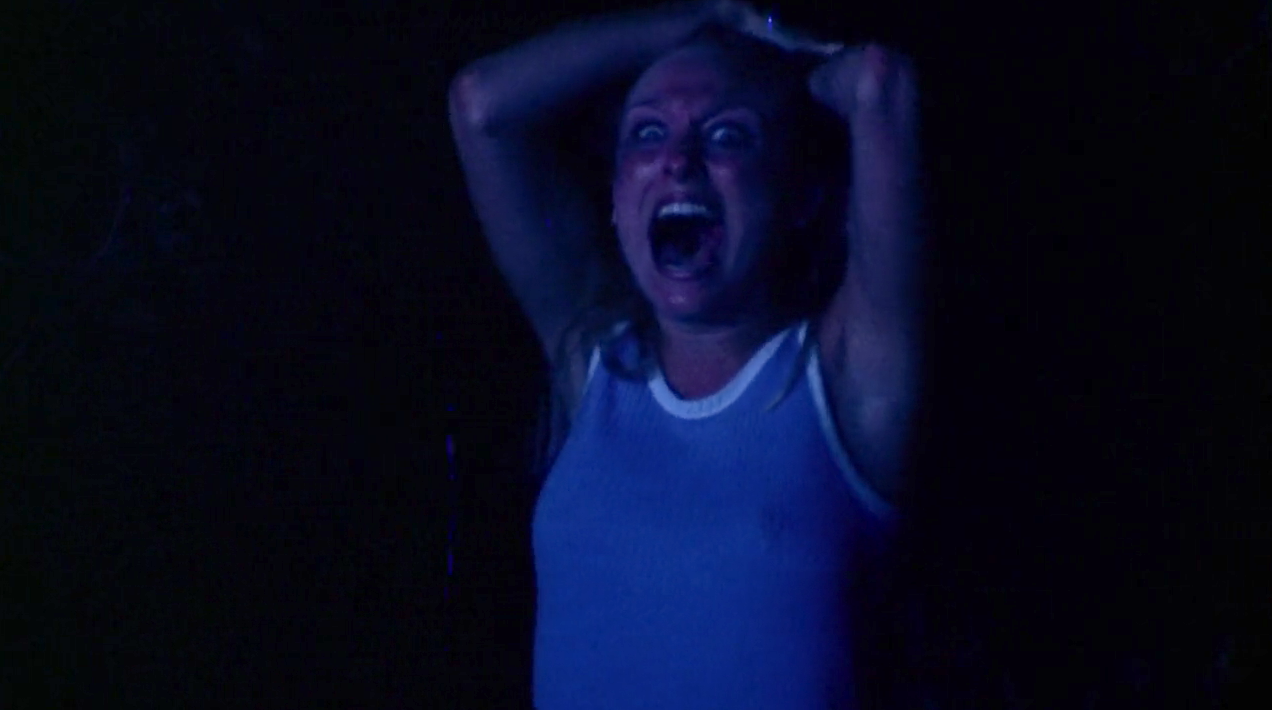 I wish I were better about hitting up horror conventions; it seems like everybody's got a story of having met Burns at one, and everybody says the same thing - what a nice lady. I do know that she came off great in Gunnar Hansen's book about the making of the film Chain Saw Confidential (a super read if you're into such things) - the fact that he actually sliced her hand open to get a shocked reaction from her in the scene in the house and she didn't storm off set or sue anybody speaks to a depth of presence, I'd say. She kept plugging along, probably a little bit deranged at that point, but my god did she make it work. 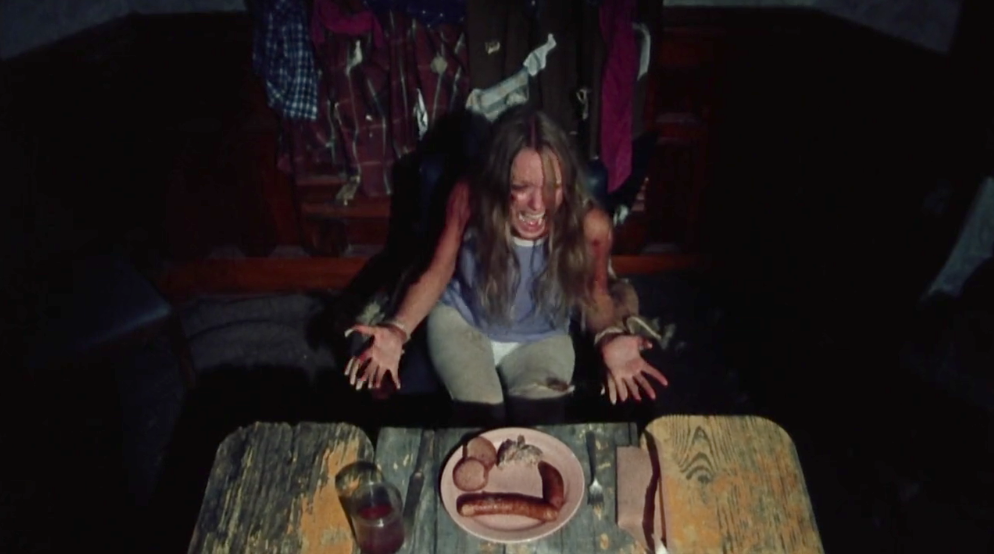 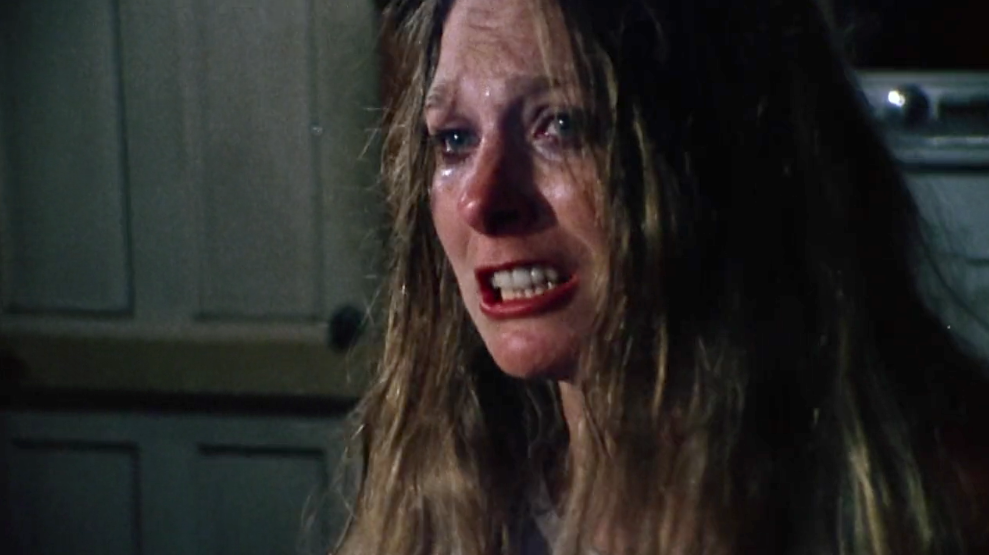 Do you know how hard it is to sell true fear like this? If you've watched as many horror movies as I have over the years you've seen the streets littered with failures, piled to the sky with unconvincing eye-bulging and inappropriate half-smirks; with people who go limp when they think the camera isn't looking. Of course the shooting situation had plenty to do with this - the heat, the desperation, the fact that they were beginning to feel themselves merge with this off-reality after the endless nights of filming. But Tobe Hooper can only point his camera and pray something shows up in front of it, really, and Marilyn Burns put something, something exquisite and unforgettable, onto his film-stock. She singed the burnt brown edges of cinema forever. She's always have that last laugh. 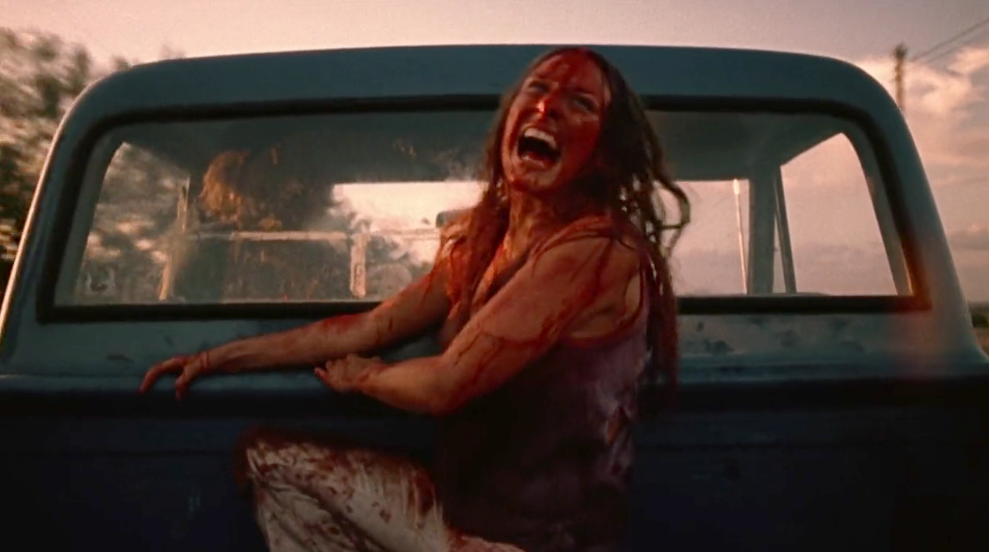 Other pieces to read on Marilyn's passing:
Final Girl met and interviewed her
Screen Crush talked to her days before she died
MovieMorlocks writes a beautiful paean to Sally & Marilyn
Kindertrauma shared a smoke with her once 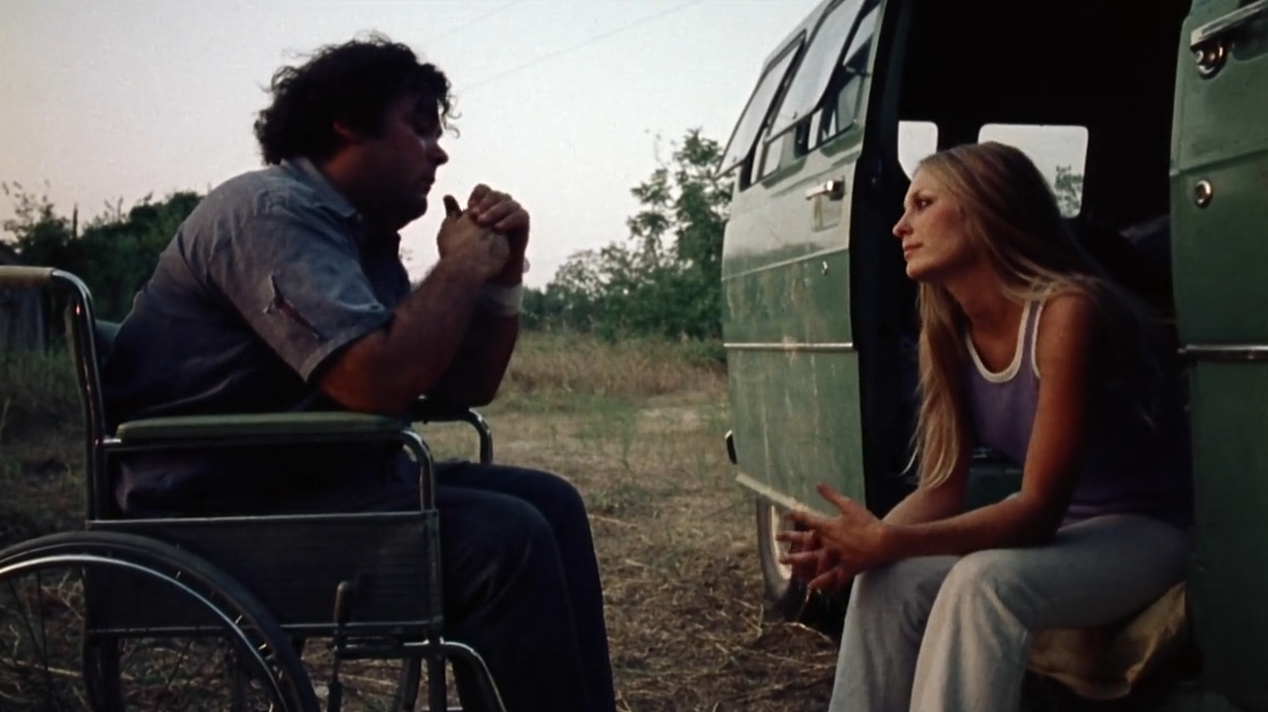 Links to all the previous Ways Not To Die after the jump...

Great essay JA and RIP Marilyn. Her role in TTCM is one of the great horror film performances of all time. She was unforgettable in it.

"Do you know how hard it is to sell true fear like this?"

So, so true. Like comedy, it's much more difficult to portray than most folks think. No one's touched her performance in TCM as far as I'm concerned.

I'm wondering about the new 4k Blu-ray that's coming out...I generally only upgrade if there's a significant benefit. I've got the Special Edition that Dark Sky put out a few years ago and I'm wondering if this'll be worth it.

*checks link* never before seen outtakes? Ordered. The cover art is dreadful, though, hope it's not final.

Stacie - I was really skeptical about the restoration before I saw it; so much of TCM is that grittiness ya know? That feeling like there's filth smudged on the lens, the sweat and dust in the air. Anyway I needn't fear they did a beautiful job, keeping all of that whilst pumping up the colors in places -- this scene in the woods specifically is where I noticed it the most - you can actually see what's going on now; Leatherface's yellow apron roaring thru the blues of the sticks is gorgeous. And the shots of Sally's eyeball in close up will take your breath away. I can't speak for the extras on the disc but the restoration itself is pretty astonishing.

R.I.P., Ms. Burns -- one of the greatest "scream queens" in the history of cinema.

Okay, now you've got me really excited for it!