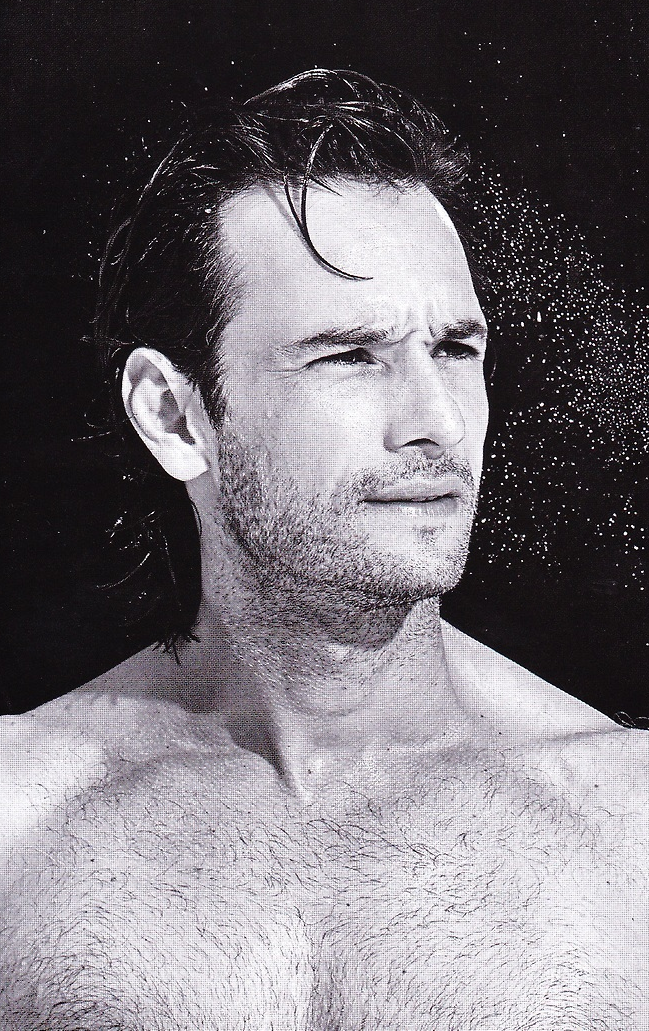 --- Robo Rodrigo - We heard a little bit about the Westworld remake that HBO's making last week but all the news was sketchy and unverified, so this article at THR clears all the cobwebs and cements some facts: Anthony Hopkins is starring (yawn) but he's got a killer supporting cast - Evan Rachel Wood, Jeffrey Wright, and Rodrigo Santoro, amongst others! Clearly they had me at Rodrigo, but I like the other two. James Marsden, who was mentioned last week, is nowhere to be seen. Yet.

--- Big Things - Both Jurassic World and now the second Avengers movie wrapped up production this week - Jurassic is out in June of next year and Ultron's coming at us a few weeks earlier in May, so Joss Whedon and Colin Trevorrow best get to popping on their post-production junk. I want dinosaurs and giant robots dammit! Although not too much - as The Playlist is pointing out we're getting nine superhero movies in 2017. NINE. My eyeballs are already exhausted.

--- Space Invaders - While Lee Pace decides whether to make an honest man of himself or not, and while the rest of us wait to see if Halt and Catch Fire gets renewed (I would like more, anyway), Lee's also got to work (Richard Armitage needs to eat) - he's just lined up a movie called Prisoner of War which is about a soldier and a foreign aid worker who team up in Africa against... oh, an alien invasion. I thought this was a totally different movie for the first half of this sentence. Okay. Aliens. Sure. Anyway Lee is replacing the cute dimpled boy from Chronicle; no word why he needed to be replaced.

--- The Upside of Allen - Reading Nick Davis' writing is sometimes even better than the experience of watching what it is he's praising and Joan Allen aside (very very much aside) I feel like I could read his words about The Upside of Anger way, way more than I could sit through some of that movie's more sitcommy moments. But natch he makes me want to rewatch the movie right away.
.

--- Dot Matrix - Wowza these are cool - apparently Stanley Kubrick rejected a bunch of poster sketches from master designer Saul Bass while working on The Shining (which is turning 35 next year, break our your party hats and bottomless animal costumes!) and there's a gallery of them right here. That maze one is hella pretty but my favorite is the hand coming out of the ground around the bicycle. But I would've gone with the one they ended up with too - I've always loved the yellow of it (great sickly choice) and the prominent THE, which is very strange in its own way.
.
--- Mommy Mayhem - Have any of you guys read this brand new best-seller called Big Little Lies from writer Liane Moriarty? It's described as "the comic tale of three mothers of kindergartners whose apparently perfect lives unravel to the point of murder," which could be great if it's not to precious, right? Well Reese Witherspoon and Nicole Kidman are teaming up to make the movie, and they've both got black comedy credits (Election and To Die For, respectively) that have me hoping for something dark and wicked, anyway.
.

--- The Jock Stops Here - Listen I know that there are a lot of very serious issues on hand in this true story of a football player named Brian Banks who was falsely accused of rape and spent five years in prison until he was proven innocent, I'm not trying to belittle any of that real world horror. But the fact that Lee Daniels has signed on to direct it naturally leads me to wonder how much time Lee will have us spending in the movie inside the football locker-room, because you know he will, bless him. And who will he get to play the lead? That's him there to the right.

--- To The Max - I only skimmed this because I don't need to spoil myself for a movie whose anticipation I am feeding off of in order to keep myself alive for the next year (it's always something demonstrably unimportant in the larger schemes that fills that duty) but AICN has got a review from a way early screening of Mad Max Fury Road and sho nuff, gangbusters.

--- Secret Stash - I feel like somebody handed Rooney Mara a large leather-bound book of sexy man pictures and she got to flip through all the hot guys available and was like this one and this one and this one - that's what I feel like reading the news that Eric Bana and Theo James and Jack Reynor have all just joined her movie Secret Scripture for director Jim Sheridan. All good picks, Rooney! You take advantage of each and every one of them, dammit.

--- Thanks Killing - We finally have a theatrical release date here in the US for the fantastic Aussie horror flick The Babadook! It's a bit later than I'd hoped though - it's coming out on November 28th. I was hoping they'd give it to us for Halloween. Anyway here's my review in case you haven't read it one of the fifty thousand times I've linked to it before; I really loved this movie, so expect more.
.
Who? Jason Adams When? 11:59 AM