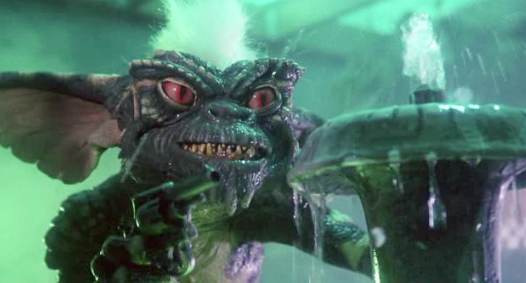 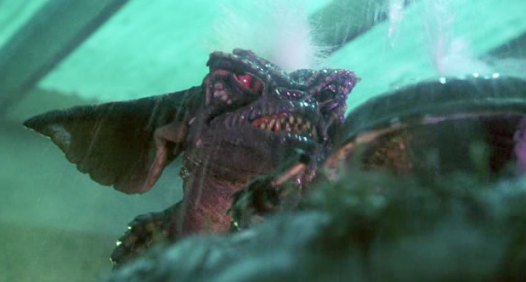 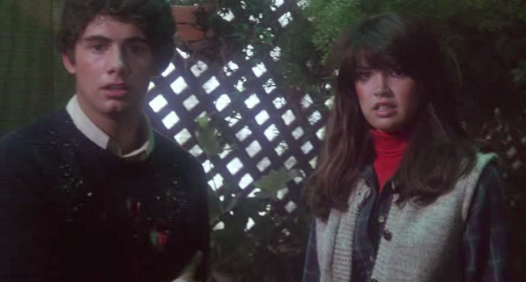 I feel like they should maybe cover their mouths for what's coming. It could splatter on them! They're only a couple of feet away, for goodness' sake. You guys, cover your mouths. Hit the jump to see the rest, and cover your darn mouths. It's getting messy!
. 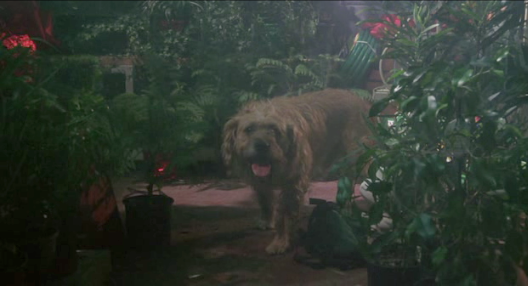 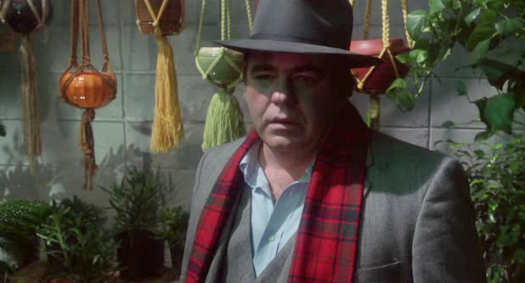 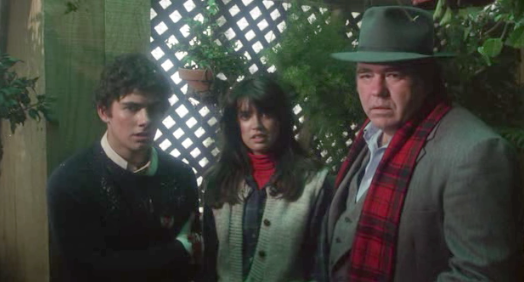 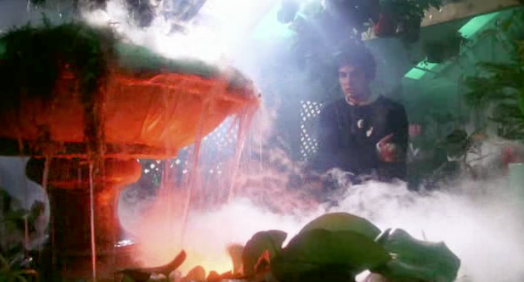 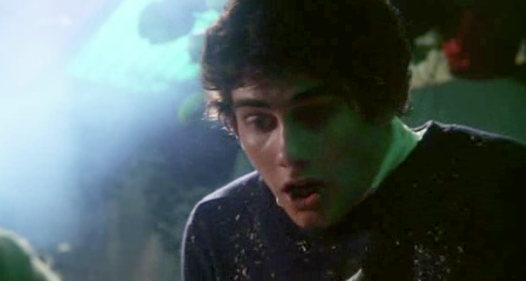 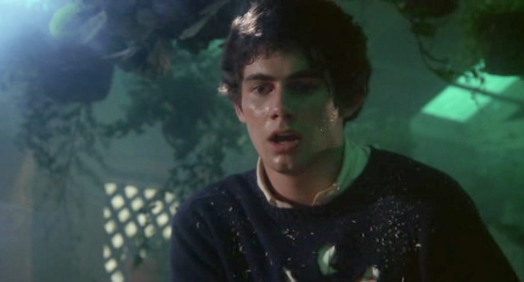 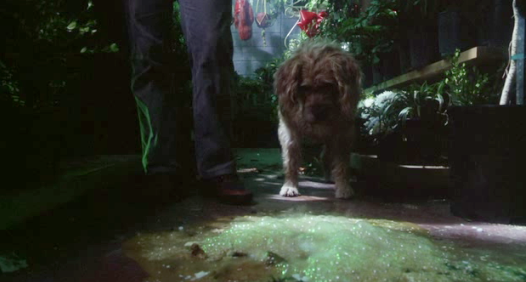 
I love how flat all of the human characters play this scene - how they all just stop and stare, no screaming, no running. It's like... "Okay and then that happened." They've seen so much shit the previous twenty-four hours how else is there to react? It's a great punchline to a punchy flick. 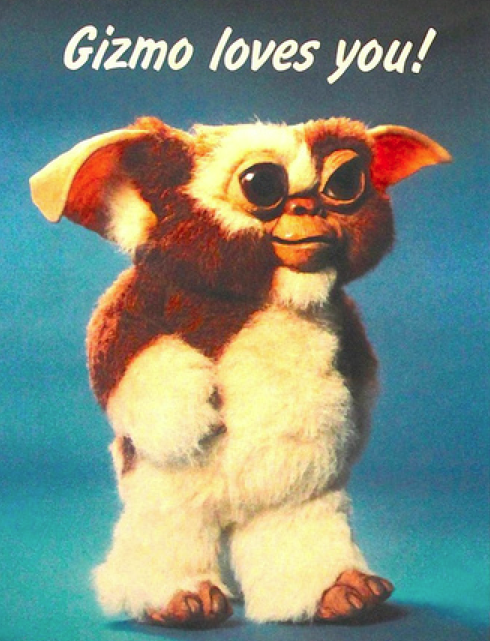 A punchy flick that's turning 30 this weekend! Thirty glorious Mogwai stuffed years of mayhem! The concept of a "gremlin" as a mischievous beastie goes back further than that of course - it comes from the Olde English word "gremian" which means "to vex," and it was in the 1920s with Great Britain's Royal Air Force over in the Middle East that they seem to have been born. Roald Dahl took the superstition from there and made it famous with his 1943 book - have any of you read it? It's wonderful, but then it's by Roadl Dahl so of course it is. 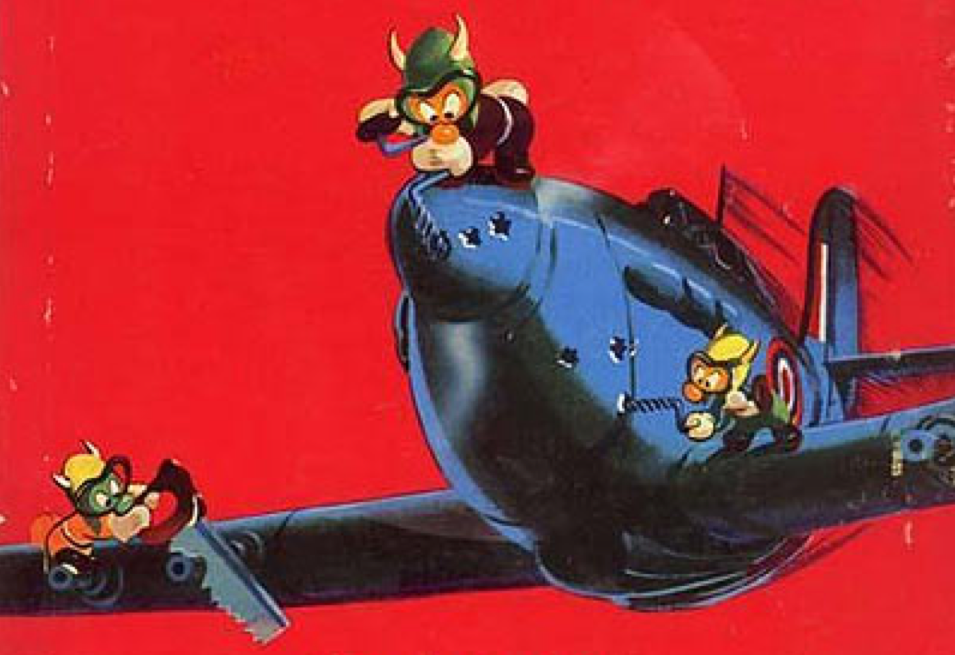 And then of course there's that Bugs Bunny cartoon...

But Joe Dante, Chris Columbus and everybody on the 1984 flick really made the legend all theirs. I think special attention should be given to special effects artist Chris Walas, who designed the magnificent creatures themselves... 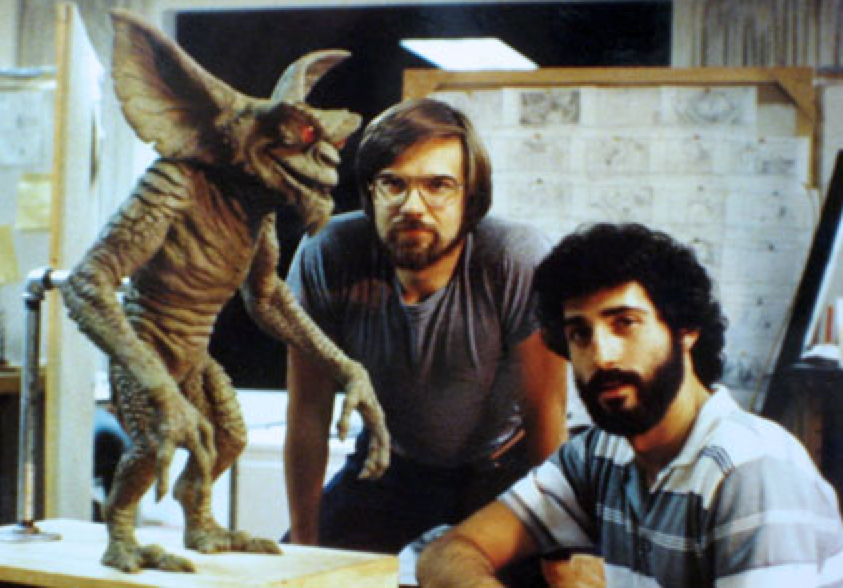 (That's him with sculptor Tony McVey on the right) ... Walas also designed the creatures in David Cronenberg's The Fly, which probably shouldn't surprise you after looking at those goopy shots at the start of this post.