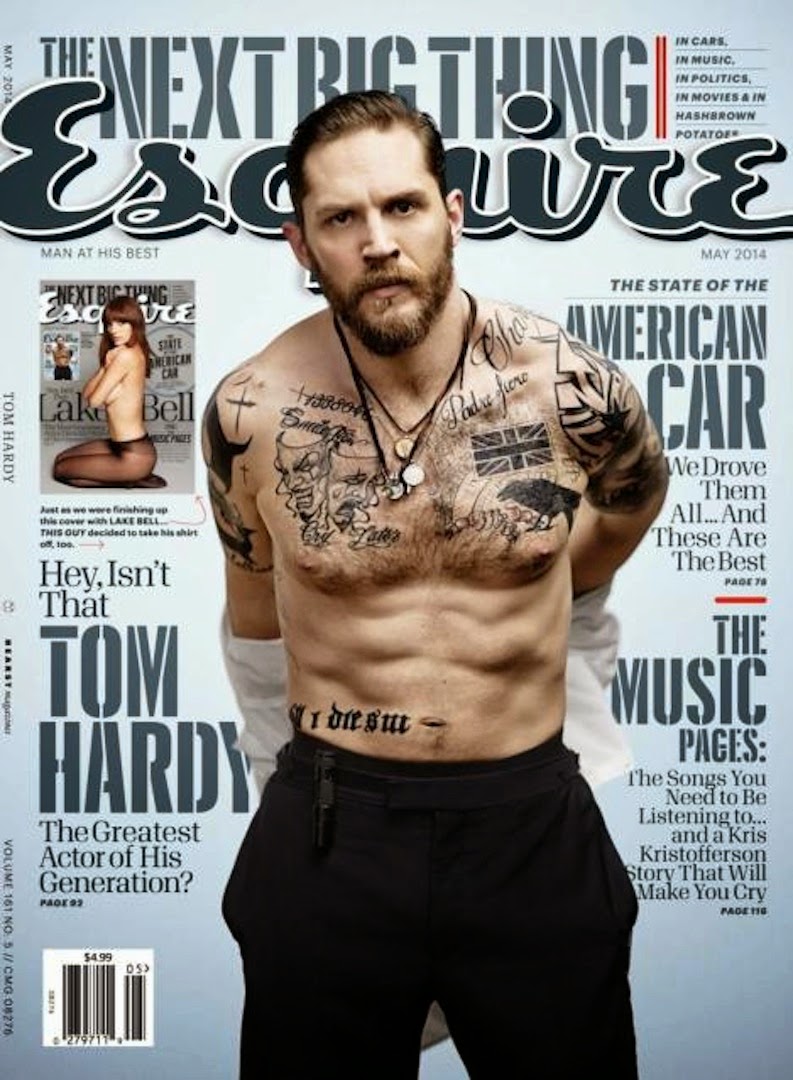 Well magazine editors take note - that's exactly what every magazine cover should look like right there. Bravo, Esquire. I mean I could do without all the extraneous type surrounding him (including the magazine's title - just the picture by himself, please! - but I guess I'll make a concession for what we're getting otherwise. (via) I also love this bit from his interview...

"I have always been frightened with men. To the point where I couldn't go into a gym because of the testosterone and I felt weak. I don't feel very manly. I don't feel rugged and strong and capable in real life, not how i imagine a man ought to be. So I seek it, to mimic it and maybe understand it, or maybe to draw it into my own reality. People who are scary, they terrify me, but I can imitate them. I'm not a fighter. I'm a petite little bourgeois boy from London. I don't fight, I mimic."

I really have always gotten that vibe from him, which is why his big beefy image hasn't ever felt as dull as what I was complaining about getting from David Gordon Green's movie Joe just yesterday, masculinity-wise. (Same with Matthias Schoenaerts, who used that dichotomy so well in Bullhead.) Anyway it'll be interesting to see what Tom does with Elton John in that upcoming bio-pic, for sure. 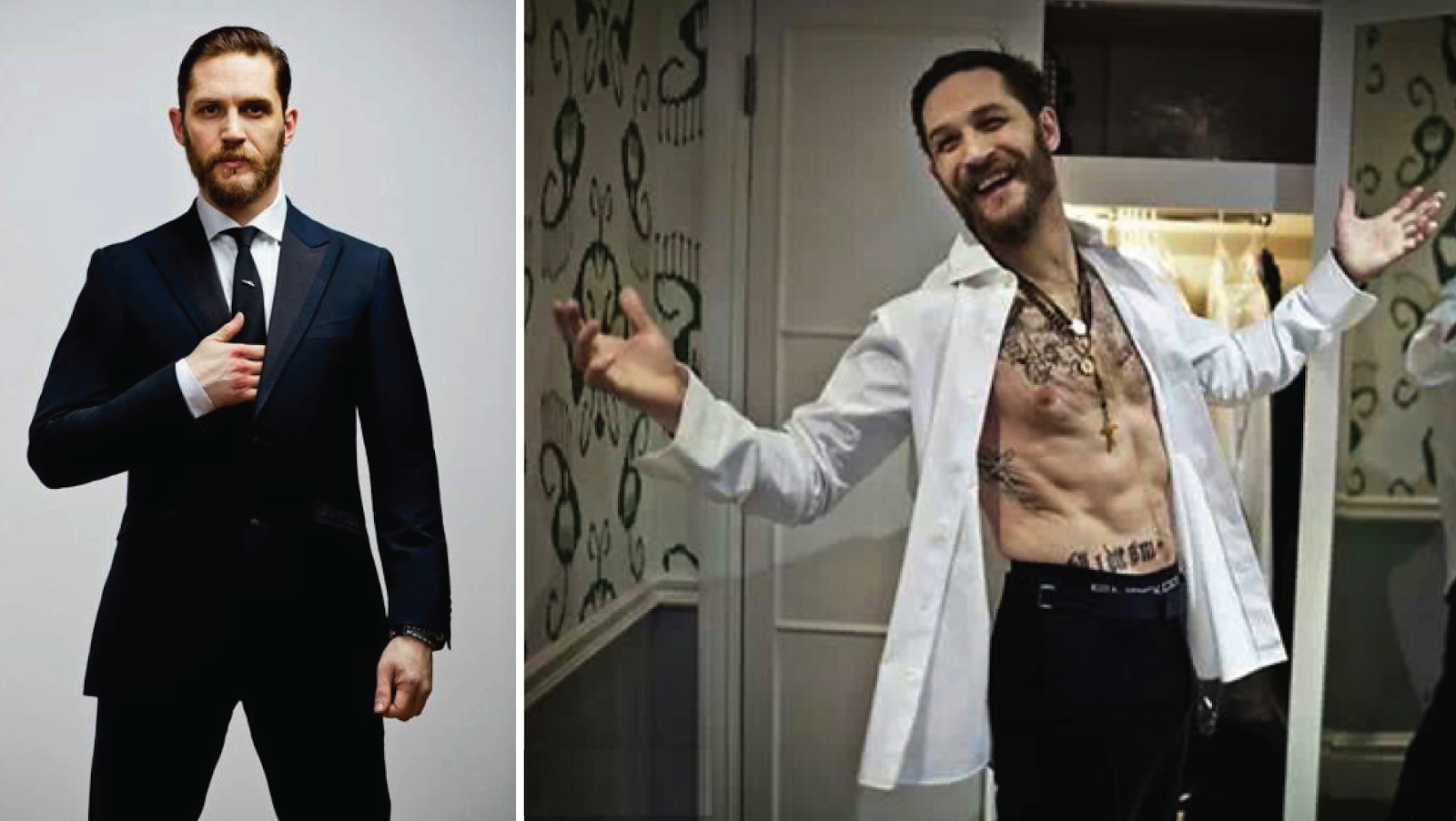 He's very sexy and when he smiles forget about it but the tattoos are awful. I not a fan of them anyway but his seem very random and unattractive.

Saw a trailer for his film LOCKE which looked very good.

Tom "I used to fuck males back when I didn't hate myself" Hardy is so dreamy. :/

Sorry but that's just too much hair and tattoos for me.