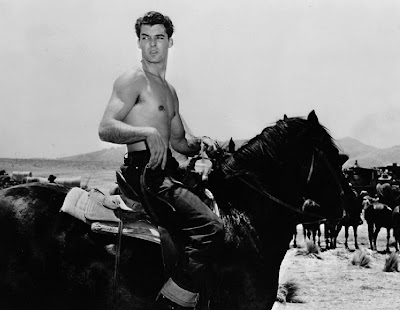 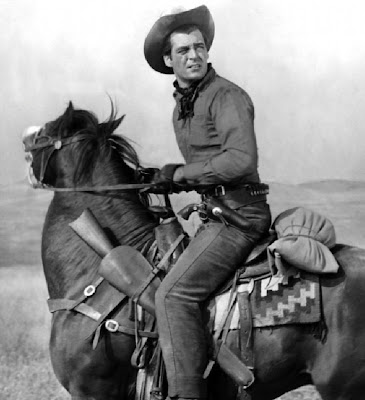 Hi ho, silver, humina humina. So did y'all know that the old dude who crammed stints in his victim's throats and turned them into delicious smoked meats in Motel Hell... 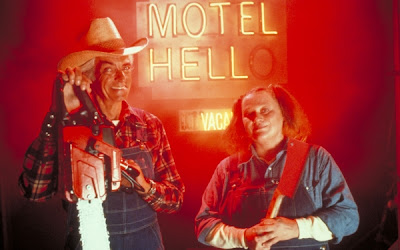 ... was once upon a time a hot young thing? I did not know this. And if y'all knew this and you kept it from me, you're bastard people. Anyway there's even more to Rory Calhoun's tale than being hot when he was young and then getting old and making a horror movie, if you can believe it. Lots more! 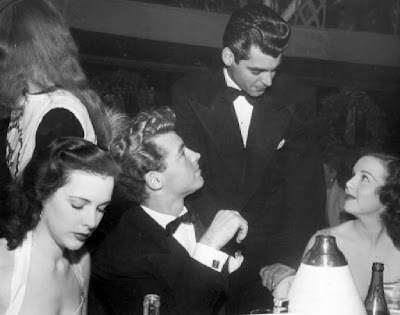 Like the long-time gossip tidbit that he was caught fucking the living daylights out of most beautiful Guy Madison (previous gratuitous post here) in the backseat of a car one time. That's the two of them above, obviously preparing to ditch them broads and head off together. And here's another pair of shots, so you can visualize said encounter as vividly as possible. 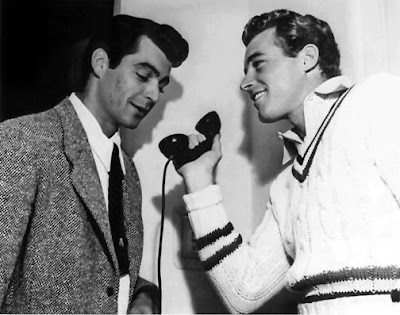 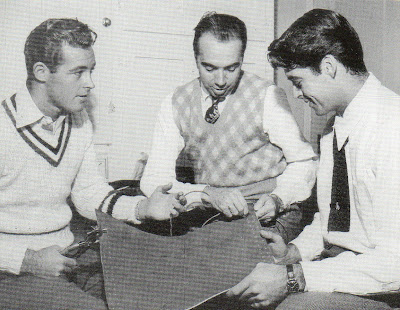 The guy that's with them in that last pic is Henry Willson, whose name you totally need to know if you don't already. He was the premiere Hollywood agent of beefcake back in the day. Here he is with his number one creation... 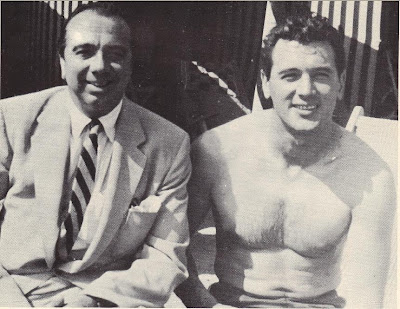 Willson created them all - Rock, Tab Hunter, Troy Donahue, Clint Walker, the list goes on and on. You can read all about him in the book The Man Who Invented Rock Hudson: The Pretty Boys and Dirty Deals of Henry Willson. One of the more infamous stories is how he kept the gossip rag Confidential from reporting on Rock Hudson's gayness by trading them the juicy story about Calhoun's youthful stint in prison for robbing some jewelry stores and stealing a car. 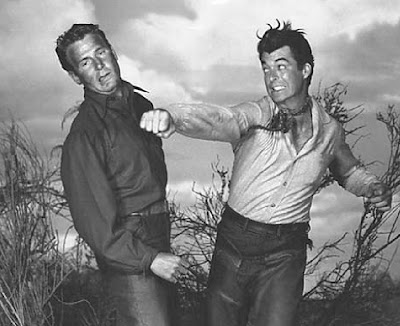 The story both cemented Calhoun's "bad boy" status and kept Willson's number one client's big gay secret under wraps - win win. The book is also where the story about Calhoun and Guy Madison comes from, and oh, to have stumbled upon that scene. 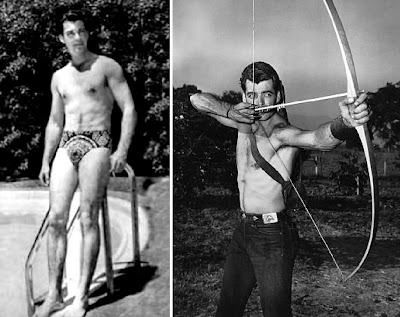 I should mention that I was spurred down this rabbit hole of great gossip by a single picture of Calhoun beside Thelma Ritter in Nathaniel's piece on the Supporting Actress nominations of 1952 over at The Film Experience. All greatness begins and ends with Thelma Ritter, am I right? So if you want a few more pictures of Rory Calhoun, and you do I figure, hit the jump and there you will find what you are looking for... 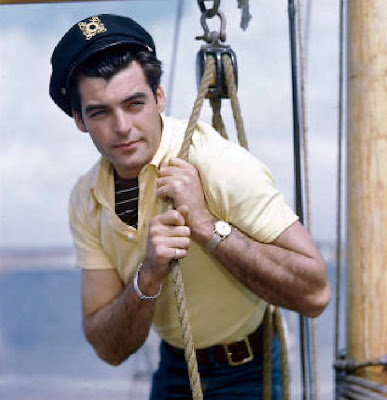 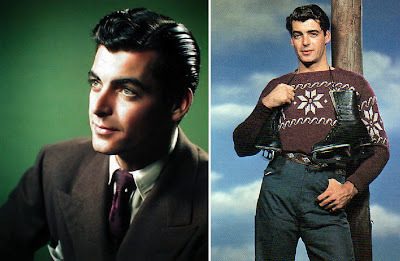 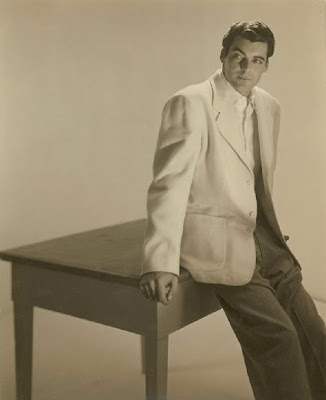 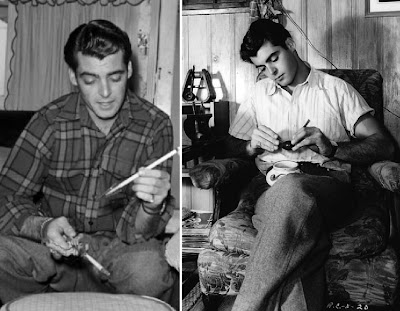 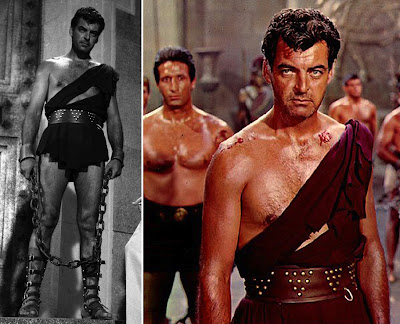 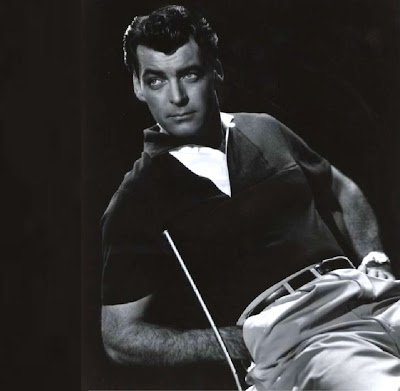 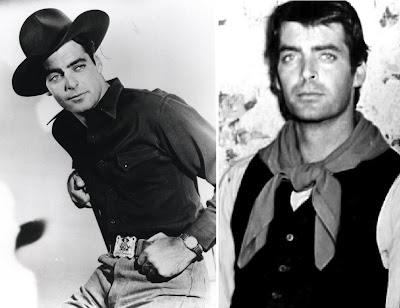 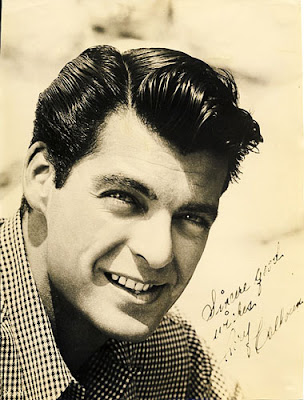 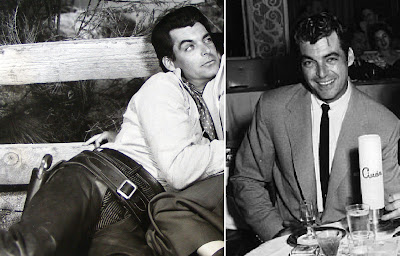 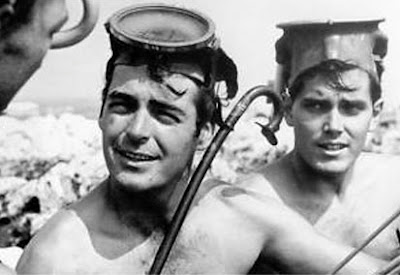 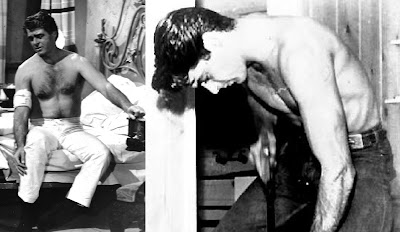 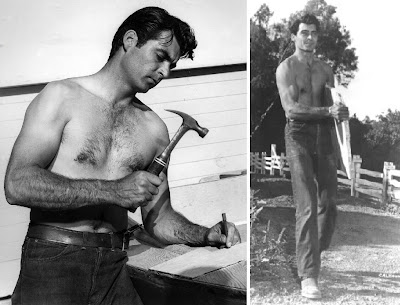 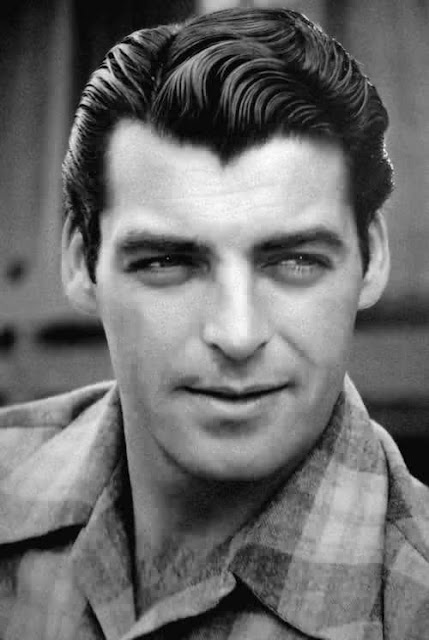 what?? you've never seen River of no return?? that where i discovered that men like that not only exist in my dreams...

Guy Madison...mmmmm ; )
Watch him in "Till The End of Time" with Dorothy McGuire sometime.
Post-war beefcake build up.
Couldn't act for beans, but he was sweet and his face and body are literally worshipped by the camera.

Rory was quite the hottie in his prime. I don't doubt the stories about him and the boys. I remember a scene from Bonanza when he tied Adam Cartwright up -- there was a certain look on his face that said he was enjoying his work ;o)

Rory was quite the beauty in his youth and a second rank star who co-starred with many of the era's biggest female stars, Marilyn Monroe, Susan Hayward(both twice), Linda Darnell, Betty Grable, Jean Simmons, even a teenage Shirley Temple!

He and Guy were "best friends" until the end of their lives, who know what went on between them but Rory was apparently a randy sot who didn't let a little thing like marriage stand in his way. When one of his wives filed for divorce she sited 79 women with whom he had been unfaithful and he said she had missed more than half!

People who write this stuff never consider the fact that these are human beings with family. That book with the supposed scene was a rag by somebody looking to make money off secondhand gossip about dead people who can't defend themselves. Rory and Guy were friends. Henry Willson, their agent, was gay. Doesn't make them gay. Not all good looking men are gay. Some actors are, some aren't.