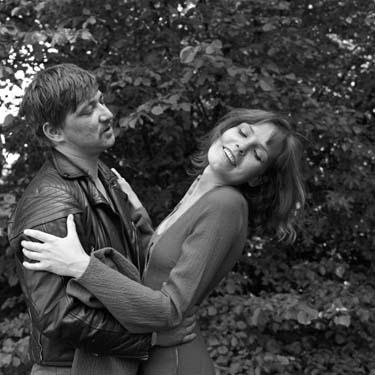 Oh this is everything, you guys. Over at Film.com Daniel Walber ranked all (well, very nearly all, save a couple of choice exceptions) of Rainer Werner Fassbinder's films (including most of the TV stuff) from top to bottom, an immense feat. I haven't even seen all of these yet... although to be fair to myself I've purposefully put off seeing everything of RWF's since it's a finite bunch and I'm terrified of finishing it all (also some of them are impossible to get, and also also nobody's paying me to do it). But now I've got a reference slash cheat sheet to eventually do so! His top ten is pretty much indisputable (Lili Marleen is totally better than Maria Braun, and his top three are my top three... though depending on my mood I might switch up #2 and #3). And Daniel knows well enough to pose the most existential of Fassbinderian queries - “Hanna Schygulla or Margit Carstensen?” - and he knows the right answer, too.
.
Who? Jason Adams When? 12:33 PM

I guess I liked Martha a lot more than the writer.