Once Twice Two Times the Fassy 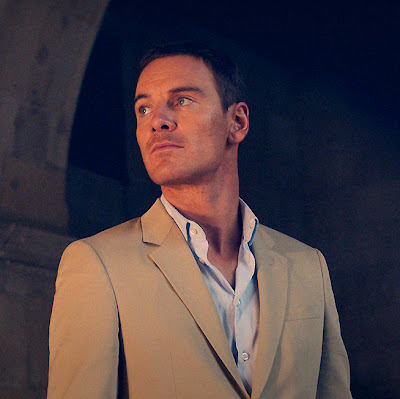 Two bits of Michael Fassbender related news this morning. First up there's the word that Natalie Portman is out as Lady MacBeth in the latest take on Shakespeare's play set to star Fassy as the titular general, and set to be directed by the guy who made the wonderfully disturbing film Snowtown - she's been replaced by no less than Marion Cotillard, which, well, some of us see that as a step up, actually. I have nothing against Portman, mind you, but I loooooove Marion Cotillard, and it'll be hot shit to see her and Fassy play off each other.

Next up is the word, still unconfirmed, only in the gestation stage, but it sounds likely, that Michael will star in something called Slow West, which will be directed by the guy who made that short film with him in it last year called Pitch Black Heist. Have you ever seen PBH? I don't think I've ever posted it here. Watch it!
.


.
The only info given on Slow West so far is that it's "Western-themed" and will shoot in New Zealand, and it's produced by the folks who made Jane Campion's Top of the Lake.
.
Who? Jason Adams When? 11:04 AM

Slow West is actually set to film before Macbeth in November & December of this year.