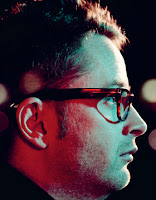 --- Revving With Refn - Here's a truly delightful chat over at The New York Times with director Nicolas Winding Refn from Cannes, in which he talks about falling in love with Ryan Gosling, his fetishization of masculinity, turning Kristen Scott Thomas into Donatella Versace, and all of the pills that Lars Von Trier is on. I told you - delightful. (thx Mac)

--- All Mandy - My pretend best frenemy Amanda Seyfried has a new role - she's going to star in Z For Zachariah, which is an adaptation of a sci-fi young adult-ish book from the 1970s I guess.  Anybody read it? Chiwetol Ejifor and Chris Pine are set to co-star - what's neat is it's Ejiofor that's playing her love interest. It's a shame that it's still a thing I notice right away - interracial romance - but we really don't get it all that often still.

--- Space Mien - Cabin in the Woods director and Joss acolyte Drew Goddard has lined up a second film! It's called The Martian and it's about an astronaut who gets trapped on Mars. I guess it's based off an e-book. The influx of smart science-fiction, which I assume this will be, or try to be, as of late is a very happy thing, innit?

--- The Cannibal - Deadline is reporting that there is interest from at least one cable network as well as Amazon to pick it up if NBC decides not to renew Hannibal. They don't name the cable network. Hannibal is apparently the only primetime drama that we don't yet know the fate of, but then it started later than all the rest didn't it?

--- Good Mother - Also on the TV beat - we were just talking about Anna Faris' sitcom called Mom yesterday, and now there's a trailer! I have not watched it yet. I am so scared it will look terrible. Somebody tell me it's safe!

--- Dickies Everywhere - Yesterday The Film Experience took on The Talented Mr. Ripley for its "Hit Me With Your Best Shot" series, and I think Nat's write-up might be one of my favorites he's ever done. Course it helps that I love the movie so much. Wish I'd gotten around to rewatching it in order to play myself! Maybe this weekend. Although who am I kidding, this NSFW one is totally gonna win. See all of the picks for best shot right here.

--- Her Vice - Reese Witherspoon's joined the cast of Paul Thomas Anderson's next flick Inherent Vice, marking a reunion between her and her Johnny Cash, Joaquin Phoenix who's the film's lead. Also joining - Jena Malone, who circa Donnie Darko I loved but have grown a little wary of lately.

--- And finally, I haven't have a moment to watch this new trailer for Guillermo Del Toro's robot-versus-monster-mash Pacific Rim yet, but according to the people who have it is chock-filled with more hot monster action. Somebody let me know if there's any hot Hunnam or Elba action and I'll make it a priority, watching this right away.
.

Don't hold your breath for Anna Farris and don't watch the preview. It's got a great cast but it looks like it's going to require a lot of laugh tracks.

Jason, do you not recall that we actually see more of Jude in that same scene than just his behinds?

So, i guess Amanda's next boyfriend is Chris Pine.