And If That Mockingbird Won't Sing... 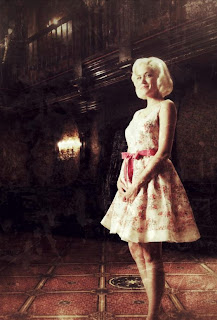 So it looks like we will get to see Mockingbird Lane - Bryan Fuller's update of The Munsters - after all... but it's not going to be a weekly series. BOO. It will air as a Halloween special at 8pm on Friday, October 26th. Yes, that's in just two weeks. Two weeks! I am both excited at seeing this so soon and mourning its singularity. Says THR:

"Mockingbird Lane has endured a long, tortured history at NBC, and the network was considering whether to scrap the project altogether. The reboot was originally launched before current chariman Bob Greenblatt came on board in early 2011, but Greenblatt redeveloped it extensively.

Yet Fuller and Singer are said to have had differing opinions about the style of the pilot, and the final version is said to have come in below the network's expectations. With Fuller now busy shooting NBC's 13-episode Hannibal series, he's not able to work on Mockingbird. So NBC has been considering all options to salvage the property."


I'm sad we won't get to see all of the awesomeness that Bryan had in store for us - weekly introspections upon the family unit by way of all of the Universal Monsters coulda woulda shoulda been a gas - but it's good to know that we'll see what we get to see and moreso that Bryan's got Hannibal plowing full-steam ahead. I'm being positive today! It's a new thing! But seriously those are both excellent things. And maybe the special will whet the public's appetite for all things Munster and NBC will see the err of their ways and voila, Mockingbird Mania!
.
Who? Jason Adams When? 12:38 PM

This being burried on a Friday makes me sad : I like my Fuller whimsical and I don't see how we are going to get that from Hannibal (a French co-production FTW).