The Prettiest High School Of All Time 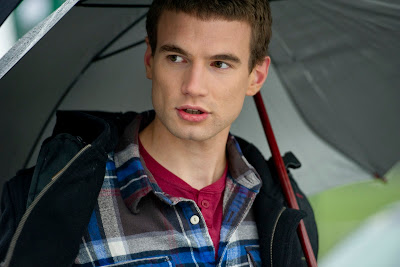 I missed this news the other day - actor Alex Russell, whose dimples walked away with this Spring's surprise hit Chronicle if you ask me (my review), has joined the cast of Kimberly Pierce's Carrie remake in the role that John Travolta played in the original. (Alex if you ever need a masseur for discrete handjobs,  just give me a call.) I had no idea he is Australian - he did a good covering up an accent. 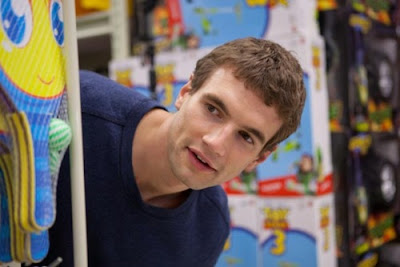 Anyway BD got a couple of quotes from him defending the remake, as if we're desperate to hear his thoughts on anything other than what kinds of underwear he prefers. Especially since he admits he only saw DePalma's movie after he got cast - I need to not go crazy about that since he is only 25 years old, but still. What's wrong with parents these days? You show Carrie to your children before you allow them to go out of the house for the first time! Buncha neanderthals.

Also joining the cast is Judy Greer as the gym teacher which had been rumored, something named Ansel Elgort (high twink alert!) is playing the dude that Carrie crushes on that takes her to the prom... 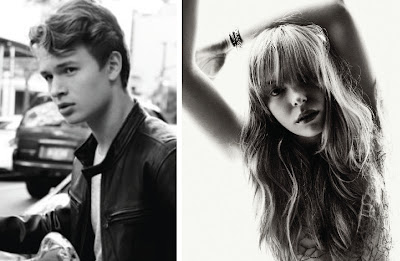 ... and Portia Doubleday, who was pretty adorable in Youth in Revolt, is playing Alex's girlfriend, the baddest of the bad girls, who was played by the wonderful Nancy Allen in the 1976 movie. 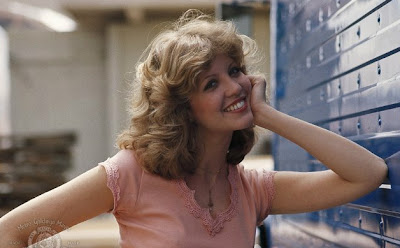 Wow I made it the whole way through this without one disparaging Chloe Moretz comment. I am growing as a human being. I think as a reward Chloe Moretz should quit acting and go live in the mountains never to be heard from again. That's what I think.
.
Who? Jason Adams When? 4:48 PM

I know this guy is in the Australian Xavier Samuel shark in a flooded mall movie, so you have a wet Alex Russell to look forward to!

Ooh is he? God I want that movie!

Little Chloe isn't that bad, is she? Did you see her in Kick-Ass and Let Me In?