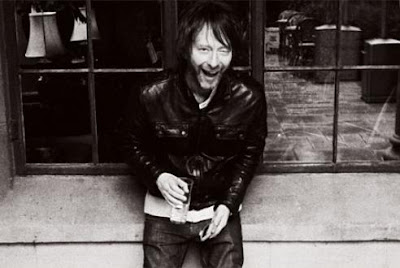 Radiohead's doing two nights at the Roseland Ballroom here in NYC next week. I'm working really hard to remain calm (and my heart palpitations are telling me I am failing, spectacularly). Back when they were announced as the musical act for the season premiere of SNL we theorized they might do a show or two... and here it is. Tickets don't go on sale until Monday and they appear to be trying to squash scalpers with some rules for purchase, so hopefully, fingers crossed, I'll get myself in. Tickets are still gonna sell out in seconds, probably. I managed to score tickets to their show there ten years ago, somehow, and it remains the greatest show I've ever been to, bar none. Wish me luck.
.
Who? Jason Adams When? 1:05 PM