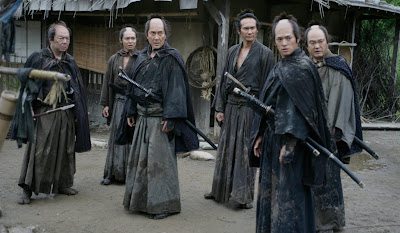 They always say that your movie's only as good as your villain, and on that count Takashi Miike's 13 Assassins delivers. Lord Naritsugu is a despicable sadist - one of those characters where you find yourself having a psychical reaction, your muscles tense and tighten, from wanting to see them get their comeuppance. But giving us bad guys doing terrible things has always been one of Takashi's specialties - what surprises here is how far beyond the slash-and-dash ridiculousness we've come to expect and love that Miike manages to take this movie.

Miike makes more movies than anyone but him can handle keeping up with, and only so many make it over here to the States, so I've only seen a small assortment of 83 titles he already has under his belt in just 20 years of directing. But for me 13 Assassins stands alongside Audition as being not just a fun bag of tricks but containing real honest-to-goodness greatness. And where Audition goes... weird... in an awesome way, of course... 13 Assassins is old-fashioned and straight-forward in a way I haven't really seen from him. That's not to say there's not the fair share of insanity - the final forty minutes of the film is an action scene, for god's sake. (Yes, forty full minutes.) But it's a very old-fashioned film - it apparently follows the original 1966 film it's remaking pretty closely, and it shows. He just grafts his own visual and rhythmic modern chaos onto this solid old story and boom, man. Fireworks. 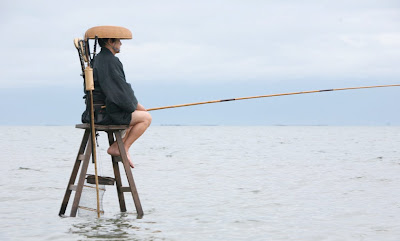 So like I said, there's too much Miike I miss by virtue of his sheer neverending output, but I really think that (along with Audition) 13 Assassins could end up being Miike's masterpiece. It's that good. It sweeps you up inside of it with wit and intelligence and audacity. It's got true heart, and character, and that forty minute action scene I mentioned? It just flies by. If people were actually interested in seeing great and powerful action films anymore and not just turning off their brains while the processed CG numbs them dead-eyed this film could do great business. I have no faith in that, but it should, and anybody that gives it a chance is gonna be rewarded richly.
.

.
13 Assassins will be released VOD next Friday, and then I believe it's getting a theatrical release at the end of April. 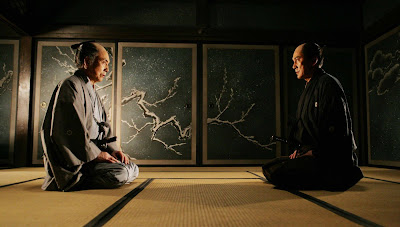 Oh and I taped the entire Q&A with Takashi Miike at last night's screening at Walter Reade and will hopefully be able to load that tonight or over the weekend for y'all to watch. He couldn't come here to NYC as planned because of the earthquake but they got him via Skype. There's some great stuff on there, so stay tuned.
.
Who? Jason Adams When? 5:42 PM