And so we come to 2010's absolute tippy top gratuities in my be-it-ever-so-humble opinion. I don't think there's anything too surprising here if you've followed MNPP long enough. My tastes run familiar, like boxed wine and cheese nips. Tasty, and cheap. That's me! You can see the 26 runners-up here, #15-11 are right here, and #10-6 are right here. And now a drum-roll please...

5 Adrien Brody, Predators - When Brody got cast as this film's pseudo-Schwarzenegger a bunch of nerds decried his gangly skinny-boy physique... apparently they hadn't been paying attention for a few years now, because Brody's been getting hotter every year, and he brought his A game for this one. A for amazing abs! And right around the time he was rolling around half-naked in the mud I thanked my merciful stars that this movie didn't have one of those big distracting plot-type things to get in the way of the marvelous scenery. 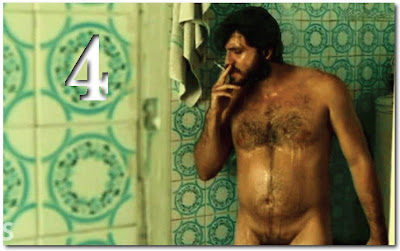 4 Edgar Ramirez, Carlos - You know what's funny about Carlos? Its chapters are split up by scenes of Edgar exposing himself. It makes sense since the film is about in part the passage of time and the yo-yo-ing virility of the man, but watch the film again - his penis is like a title-card. And Carlos is five and a half hours long and covers dozens of years, so that's a lot of title-cards y'all. 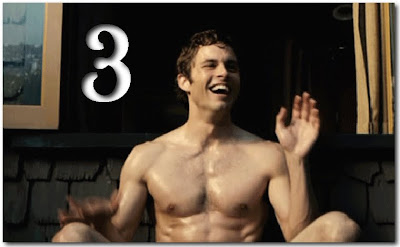 3 James Marsden, Death at a Funeral - When Alan Tudyk did this scene in the 2007 original it was wonderful - well it's no sloppy seconds here that's for damn sure. Raise your hand if you've been sitting around waiting for Jimmy Marsden to take all his clothes off for fifteen years now? The Earth just shifted its balance from the force of arms being raised. See loads more from this scene here. 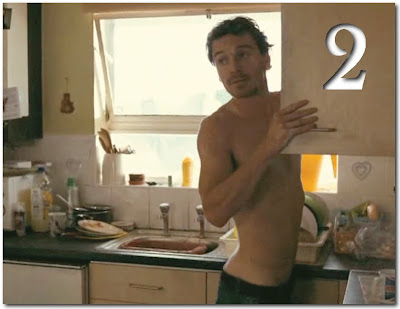 2 Michael Fassbender, Fish Tank - It's already been over a year since I first posted about Michael Fassbnder's entrance in this film and called it the best of the year (with a multitude of screencaps to prove it, of course) and it hasn't lost an ounce of its boot-quaking earth-shaking power since then. Mia, and the world, didn't stand a damn chance when he slipped on those jeans and pushed them down to near obscenity. 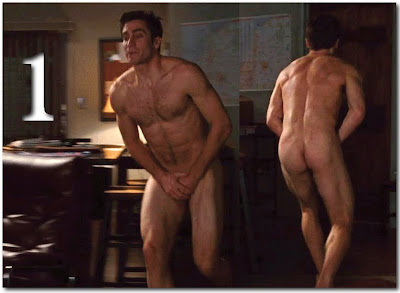 1 Jake Gyllenhaal, Love and Other Drugs - Was there any doubt? I might not have liked this movie - hell I might've just named it one of the worst of the year - but what little it did offer worthwhile it offered plenty of at least, and for that all of us were plenty grateful. Deeply and eternally so. I think I can understand what happened to Edward Zwick - I wouldn't have been able to make a movie out of this footage myself. I would've just locked the door to the editing bay and abused myself until I died from exhaustion right there. Are you honored, Jake?

.
So there we have it! MNPP's Great Gratuities of 2010. I already asked you which of the runners-up is your fave, so now it only seems right to ask of these... 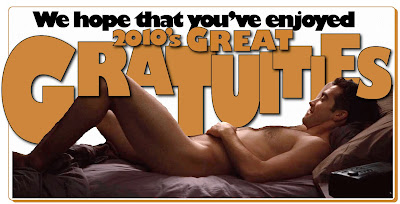 Obsessed with the Gyllenhaal but there's no topping Michael Fassbender in Fish Tank. He made me feel things I've never felt before. I was actually jealous when he spanked Mia!

Did you forget about the Son on Dogtooth? I know he didn't have abs and stuff, but I actually thought he was cute... And he kinda showed everything, so it really was a lot of Gratuity. Great list though, Jake's my fav of the year as well. And I loved to see Jimmy Marsden on the top 5, I totally raise my hand! o/

Gabe - his name's Christos Passalis and he was on my list at some point but apparently slipped through the cracks. Which is a shame, he would've probably ended up on here somewhere. You're right, he was adorable.

DJ - Putting Fassy at #2 was DIFFICULT, but Jake is Jake... I hear ya on the spanking though! Among other activities they participated in... ;)

Michael Fassbender gave one of the sexiest performances of 2010 but I have to give the crown to Édgar Ramírez. Not only did he give a powerful performance but he showed his dick at the same time. Talent and full frontal. We have a winner!

"Love & Other Drugs" was a pure love letter to Jake's nude form (aka mind-boggling Gyllen-porn) although the most scorching, swoon-worthy and even shocking nude scene was the first when Jake roles off Anne on the kitchen floor. Not too many actors have let a camera lens that close to their ass--not to mention while sticking it up in the air. drool!