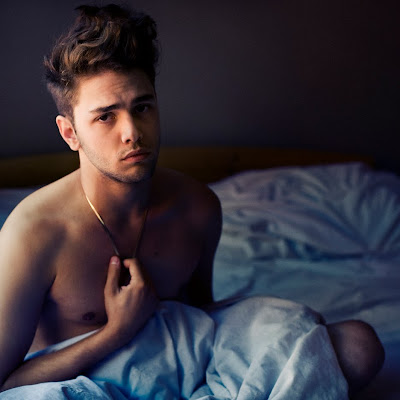 That's 21 year old apparent-directing-wunderkind (and openly gay) Xavier Dolan there. Proving my lameness anew I'd never heard of him until the other day when Nathaniel mentioned him at The Film Experience as being his pick for the shoo-in to get the new Queer Palm award at Cannes this year for his new film Les Amours Imaginaires. I have not seen his previous movie I Killed My Mother. He's also an actor, which he should be, with that lovely pout. He was in Martyrs! My fourth favorite film of last year (although technically it was made in 2008). I'm racking my brain to recall who he was in Martyrs though and I'm coming up blank. Hrm. Anyway here are a few more pics of him. He's lovely. 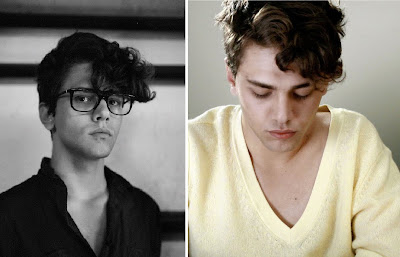 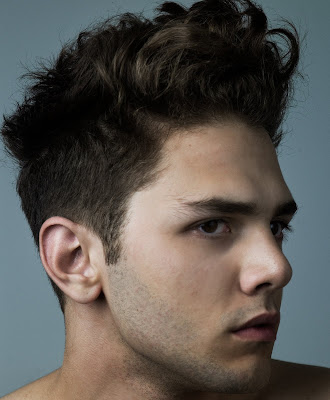 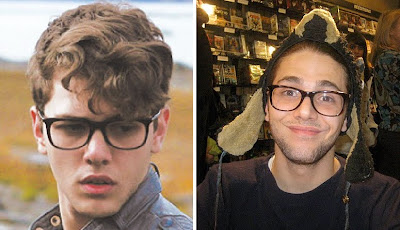 he played the son of the family that lived in the house. You know.

I wondered if that might be him, but I couldn't remember what he looked like at all. That was the only young male I could even remember in the movie. But yeah... not a role that lasted too long, that... Thanks for the info, Jess!

I find him so obnoxious. He's not good looking at all.

Sorry, saw the movie, but didn't think it was all that. Yes, the style is interesting, and the performance of the mother is terrific, but maybe I come from a different culture, I find that the son character is selfish, childish, and inconsiderate (I have harsher words). I know the mother is not perfect, but the movie really places the blame entirely on the mother.

I've looking for "I Killed My Mother" for ages because I don't think i'd be premiered in Spain. So, does anybody know where I download it in English or in French with English subtitles? Thanks!