From Muriel To Mental 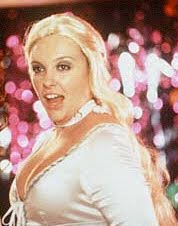 I think I've made it fairly clear over these past several years that I've been blogging that I have a very strong fondness, some might even call it a deranged boundless passion, for the movie Muriel's Wedding. It's no kidding at the very least in my ten favorite movies of all time (it could even be top five, if I ever bothered to make such a list). I've seen it countless times and can scream every single line back at it as I watch it (which is always fun for those I'm watching it with!). Anyway I consider it the bee's knees, is the point. So this... this news this morning, my friends... it brings me joy. Via Slash:

"Toni Collette worked under director P.J. Hogan in the film Muriel’s Wedding, and now the two are set to reunite in Mental. The film is about “a charismatic, crazy hothead who transforms a family’s life when she becomes the nanny of five girls.”

Hogan wrote the script, based in part on his own experience. “Like Muriel’s Wedding, Mental is a comedy, but a comedy based on reality, laced with pain and brimming with flawed but lovable characters. Shaz (the central character) was hilarious, outrageous, dangerous, courageous, inspiring, heartbreaking and totally, totally mad. And she changed my life,” Hogan told Variety."

i wholeheartedly share your love of Muriel's Wedding, and it would also easily make my top ten of all time. party party party