The Final Destination's On DVD Today 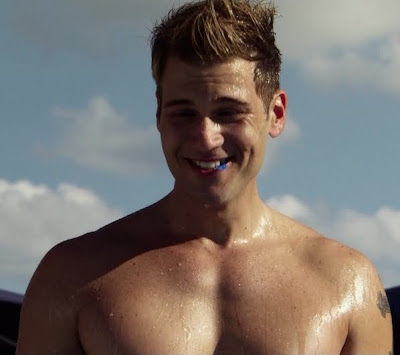 I've mentally scaled back my appreciation for this, the fourth entry in my beloved Final Destination franchise, a wee bit, ever since I so enthusiastically crowed about it when it came out. I saw it a second time and it lost a little of the punch it had the first, and a lot of the death scenes haven't remained nearly as memorable with time as the series' best (the racist dude just gets burned up and dragged by his truck? That's it? You brought out a KKK cross for nothing, movie? For shame!).

Anyway, I'd rather (and indubitably will) watch hot dude Nick Zano get his Palahniuk on over and over again before sitting through, say, "respectable" dreck like Nine one more time, so that's something. I suppose we can expect Zano's moment to shine on a Thursday round these parts someday soon, too... speaking of, I've just gone through my archives and discovered that I never posted quality copies of the images of Mr. Z strolling around in his board-shorts in this movie, not ever! How is that even possible? Only crappy ones early on. Situation rectify! 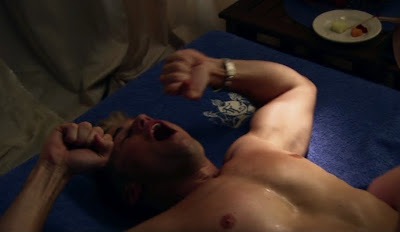 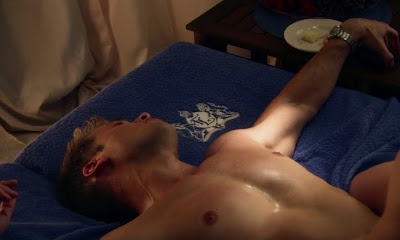 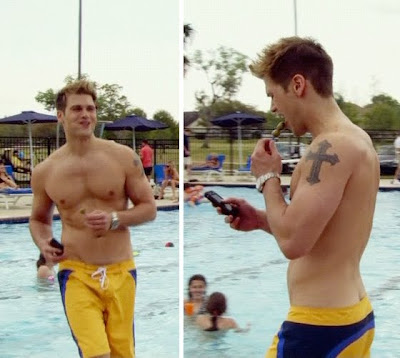 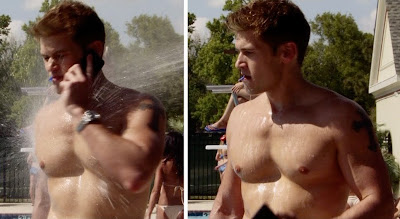 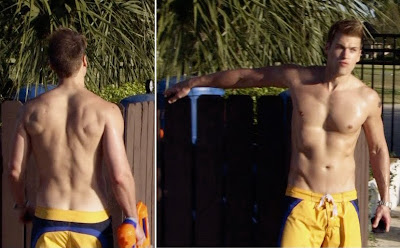 How about the sun dial in "Raising Cain". How many "I know what happens next" people got suckered in by that?