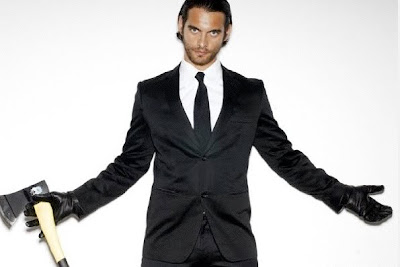 ... that Alexander Skarsgard spoke of when he said last week that he'd be having some homosexual liaisons in the third season of True Blood? His name is Theo Alexander and he's been cast as:

"Talbot, an "intensely beautiful" vampire, the boyfriend of Russell Edgington (Denis O'Hare), the vampire king of Mississippi. Talbot has an acerbic sense of humor and loves to cook despite vampires' inherent lack of cooking talents."

Fingers crossed! Nothing against Denis O'Hare who's a good actor, but I'd prefer this pairing. Then again, perhaps a "pair"ing isn't what's in the cards, but more a "three"ing, in which case they can just go for that by all means. The more the merrier. True Blood was pretty damned hetero in its second season; I long for some big queer monsters! Especially involving Skarsgard. Mmm Skarsgard. Here's a couple more of this Theo Alexander chap... 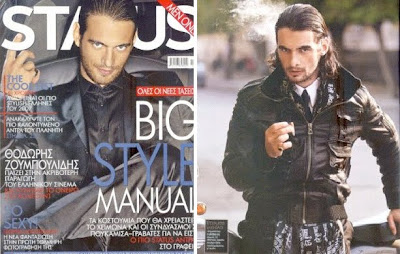 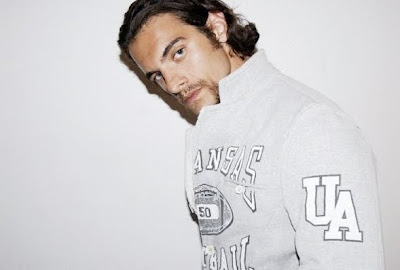 .
ETA I just noticed he played "Pierre" in the "Circus, Circus" episode of the 2nd season of Pushing Daisies! 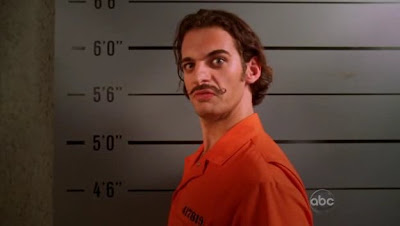 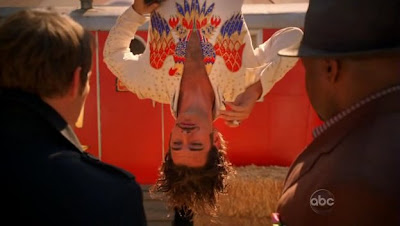 This gives him so much insta-cred it's ridiculous.
.
Who? Jason Adams When? 11:46 AM