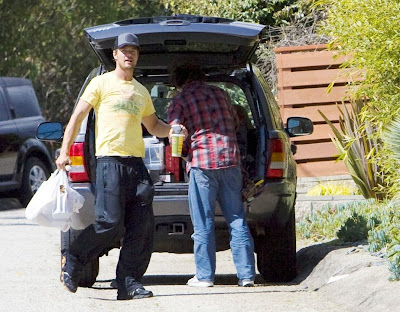 I can't tell which came first, Duhamel wearing the T-shirt or the T-shirt-less pictures below, but I like to think that Josh saw the cameraman snapping pics of him and ripped off the tee so he was just in that tank-top to appease we-the-people's insatiable needs. 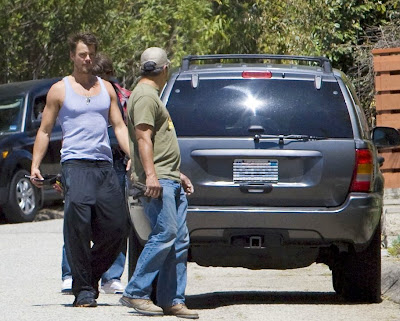 I like to think that. (via) It's probably the opposite judging by the state of things in the car trunk there (yes I have obviously given this entirely too much thought) but I like to think it anyway. It amuses me. Also amusing me? More pics: 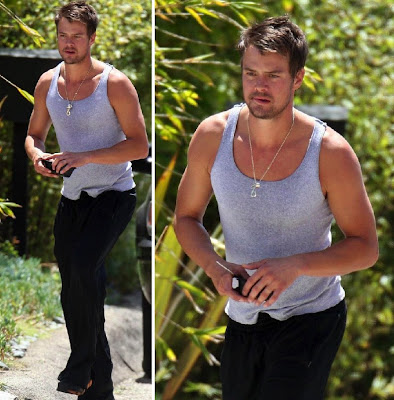 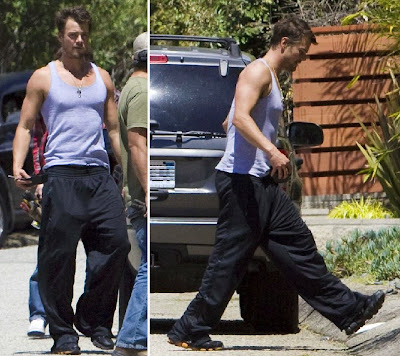 Anyway, the real gift to us here is that monstrous wife of his is nowhere to be seen and spoil everything like she always does. Yay to absentee monster-spouses!
.
Who? Jason Adams When? 2:00 PM

Notice he is missing his wedding ring... although there's a pretty light tan line that suggests he has been wearing it. boo.