Doug Jones Has A Deep Understanding...

... of how scary a janked-up mouth situation can be. Teeth too big for the mouth seems to be his specialty... for example... 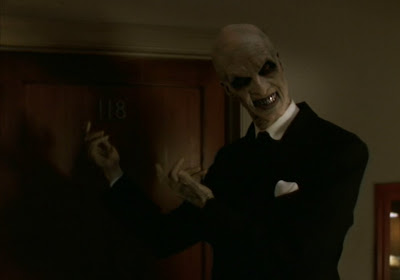 Doug Jones as one of The Gentleman on Buffy 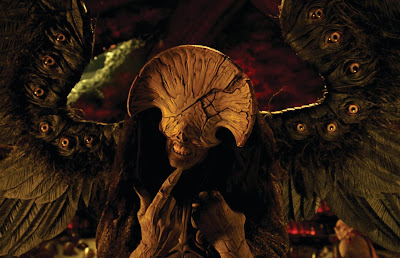 Doug Jones as The Angel of Death in Hellboy II
There's so much else going on with his Faun and The Pale Man in Pan's Labyrinth that their mouths aren't the first things you notice - his other specialty, obscenely long fingers that fan around, are at the forefront with these two - but when you do spot their mouths, you do.

Especially The Pale Man... everything is so screwy with that design, but his teeth... they're too small for that gaping wound of a mouth... shudder.

And finally, what instigated this post: Doug Jones as the father character in the most recent episode of the NBC series Fear Itself, called "Skin and Bones":

Did anybody else catch this episode? I've had my Tivo recording the show, but haven't had anything grab me... until now. And almost all the credit goes to Jones, who's just... phenomenal. So wonderful. The way that man twists his body around, so delicate, so horrible... he just seems to understand, on a basic biological level, how to make himself the creepiest mo-fo alive.

The episode's director, Larry Fessenden, does deserve some credit too; there are some really gorgeously shot moments in the episode, and at a certain point you can tell he just said, "This show belongs to you, Mr. Jones," and just turned it into a showcase for him. 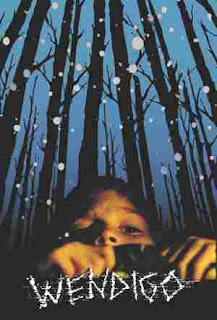 I did chuckle that Fessenden (or perhaps Drew McWeeny and Scott Swan, aka AICN's Moriarty and Obi repsectively, who co-wrote this episode) threw in a Wendigo mention... is he ever going to make a movie not having to do with the Native American "spirit of lonely places" again? First Wendigo (which is terrific and wholly underrated) and then The Last Winter (which... is not) and now this. The boyfriend suggested that this episode was perhaps the end to a trilogy... we can hope.

I had no idea Doug Jones was one of the Gentlemen! He's officially forgiven for the crappiness of Abe Sapien in the Hellboy sequel.

I knew I recognized him from somewhere! I should have known too - I've watched enough of Del Toro's behind-the-scenes documentaries. This was the first Fear Itself episode that actually gave me the creeps, all thanks to Doug (and the makeup team).

OMG, I had no idea he was one of the Gentlemen either!!!!