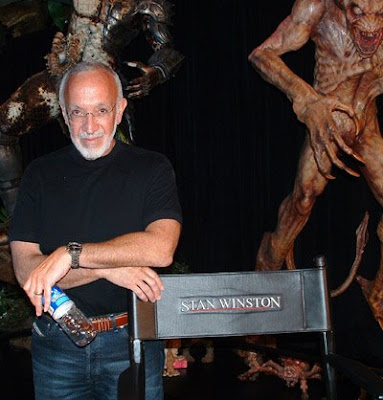 Well shit. Like most every other geek alive on the planet today, Stan Winston was a god to me. He was responsible for the most iconic creatures on-screen of the past thirty years. Alien, Terminator, Predator, Jurassic Park... the list really goes on and on and on. The first time I became aware of Winston was with Jurassic Park, the movie that turned me into a film geek, and as I jumped head-first into reading about the special effects on that film, there he was, standing beside an enormous T-Rex skeleton of his making. He made every kid's biggest dreams and worst nightmares real. A huge loss. Read about him some more over at AICN.
.
Who? Jason Adams When? 3:01 PM