What else? What every other geek will be geeking out over today: the reveals of five characters from Zach Snyder's Watchmen at the movie's website! 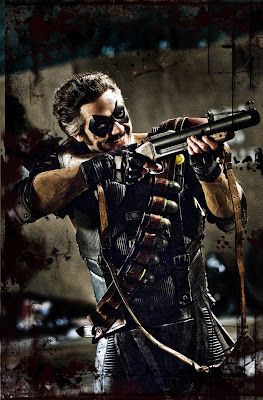 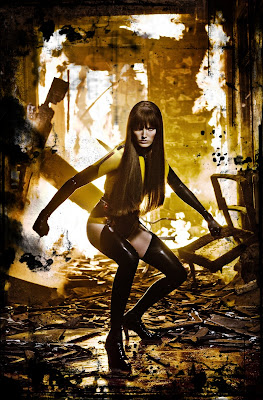 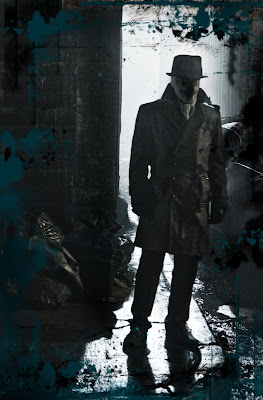 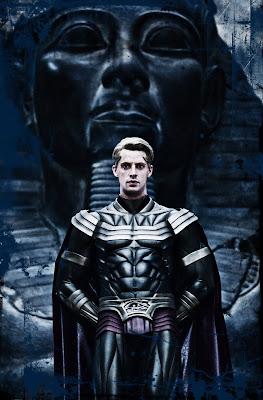 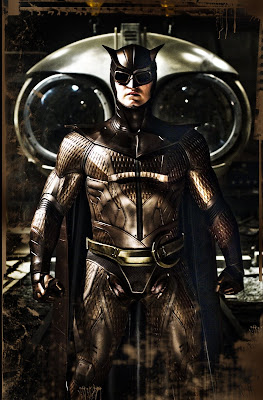 Nite Owl (Patrick Wilson)
I haven't been paying attention enough: do we know if Dr. Manhattan, played by Bill Crudup, is going to be done with CG? Or will we actually get to see Crudup enormous, naked, and blue? Because I'd like that picture soon if the latter is the case.

As for these guys, I'm a little disappointed with Matthew Goode - he's much hotter than that picture is letting on, and Ozymandias is supposed to be super-hot. Maybe it'll look better in motion. Malin looks fantastic, although her pose is stolen straight outta Holly Hunter's playbook in The Incredibles. And Patrick Wilson... yup, still wanna jump on him.
.
Who? Jason Adams When? 9:39 AM

That's funny, because I'm thinking I'm most excited for Matthew Goode as Ozymandias. After seeing him totally disappear into his role in The Lookout (in a good way), I think he could be a highlight.

It's not that I think Goode's going to be bad; I just think that picture of him is crappy, and he doesn't look as hot as Ozy is supposed to look. I thought he was terrific in The Lookout too.

these costumes scare me. they look so fussy ... like Batman and Robin fussy.