I Am Hump Day Link

I'd like to say that the crisp autumnal air has got me in the mood for October - The Official Month of Ghoulishness, ya know - but stepping outside here in NYC today is like wading through bacon grease, so it's not the weather but rather the first link I offer you below that has got me thinking - more than usual, that is - on All Things Oogie-Boogie... 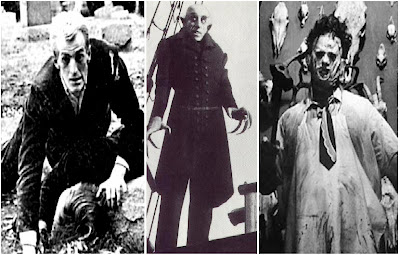 --- Get Your Willies On - Ed Hardy Jr. at Shoot the Projectionist has taken on a monumental and praise-worthy task for October - to come up with a list of 31 Flicks That Give You The Willies. He's eschewing words like "Greatest" or "Best" because - and I understand this more than you can imagine - these words stress us all out needlessly. Basically, the idea seems to be to set your own personal criteria for what gets you good, scare-wise, and list that. It's a come-one-come-all affair, so head over and submit your own 31 Scare Flicks to him, and he'll be compiling, sorting, so forth, and then there'll be voting through the month to come up with a definitive list in time for All Hallows. Make sure you get your list to him by October 13th, or he'll totally swallow your soul. 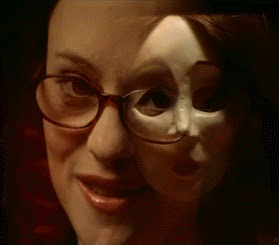 --- Where Ever He Goes, I'm Gonna Go - I've never been a fan of the Killer Doll sub-genre of horror movies; dolls just don't scare me (the doll in May ---> being an exception, and it doesn't even do anything!) and I always find them unbearably silly when they start flinging them around at people in the movies. But leave it to Final Girl to do an entire week on Killer Dolls and have me impatiently craving every installment. Stacie's only halfway done, so make sure to check it out for the rest of the week, too!

--- I've Heard Them Calling My Name - All you gotta say is "Rainbow Connection" and I'm there. But Glenn, going that extra mile as usual, adds Debbie Harry to the mix! 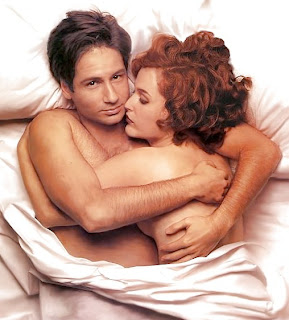 --- The Truth's... Somewhere, Maybe - Back in college, my best friend and I would watch The X-Files and act out the show's theme music. If you can remember what it sounded like - all bee-boo-boo-bee's and so forth - then you know what an odd, odd proposition that is. But it ruled. 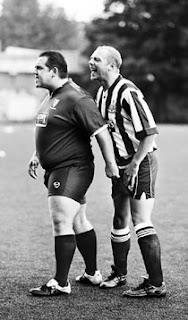 --- Pegg/Frost - The Shaun of the Dead duo are teaming up again - though probably sans director Edgar Wright - for a road trip comedy called Paul. I'll follow those two to the ends of the Earth and I wasn't even that big a fan of Hot Fuzz. They had me at Shaun.
.
Who? Jason Adams When? 3:01 PM
Labels: Edgar Wright, horror, Muppets, Simon Pegg, X-Files

They had me at Shaun. And then even more (somehow) at Fuzz.

I want Run, Fatboy, Run NOW. Even though it is directed by David Schwimmer. Oh, who cares? One dash of Simon Pegg can defeat twelve thousand Rosses, right?

I'm glad you're diggin' the dollies! It's true, people who find killer dolls not at all frightening tend to find them completely goofy. They're usually a bit of both for me- take Dolls for example.

What can I say, I've got a soft spot for 'em, much as I do for animals run amok flicks, children hate you flicks, Jumpin' Jack Flash, and crack whores.

1. My birthday is October 13th. Just a reminder.

2. I love the X-Files. And now all we get is crummy Supernatural (which, admittedly, I've never even bothered watching).

3. My birthday is October 13th. Just another reminder.