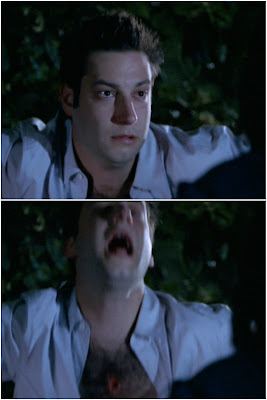 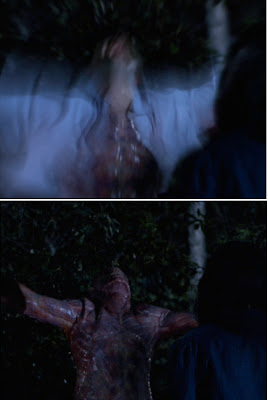 For more of this series, click here.
.
Who? Jason Adams When? 10:16 AM
Labels: buffy, horror, Joss Whedon, Thursday Kills

Although to die at the hands of Dark Willow would be an honor :)

That season pretty much sucked right up until Willow went insane. That was amazing.

I'm gonna have to disagree with ya on Season 6 sucking up to this episode, rj. For one, MUSICAL. And even besides that classic ep, I really liked the dark and desperate tone of the season; it rang true to my early 20s, that's for sure. I liked the non-entities of the geeks as villains, and Buffy's horrible relationship with Spike; I was never on-board with the people who saw them as a great romance, and I think - mostly - the show showed what an act of desperation it was on Buffy's part, which I too could relate to only too well. It's not my favorite season - nothing could ever live up to Season 3 - but it was seriously undervalued, I thought.