Like many a care-free wild boar before me, lapping up sustenance from a muddy stream, scratching carelessly at my nethers in the blue yonder, I been tagged. Dragged cruelly from my home, netted by a mad scientist, a red flag stapled through my ear.... oh wait, not that kind of tagged? Just tagged for an online meme? Mmkay, phew. Tagged by mad scientist ModFab for this odd meme in which, it seems, I simply name eight random facts/habits about myself. Now, I wanna come up with things that I haven't shared before but this might be tough, since I may've exhausted all my obsessions already, lain it all out there... my life is an open blog, after all. But let us see what comes to mind... here are the rules -

THE RULES
1. All right, here are the rules.
2. We have to post these rules before we give you the facts.
3. Players start with eight random facts/habits about themselves.
4. People who are tagged write their own blog about their eight things and post these rules.
5. At the end of your blog, you need to choose eight people to get tagged and list their names. Don’t forget to leave them a comment telling them they’re tagged, and to read your blog. 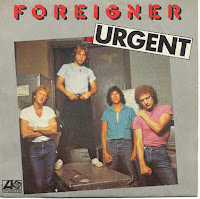 2 - I played baseball in junior high school. I was in the outfield and it was very much like that song that I'm totally blanking on specifics about but there's a kid in the outfield not getting any action. That was me. And that's the one sports-related thing I think I can of to share from my entire life. Oh, and I played tennis in college, but not on the team, just recreationally. I enjoy playing, but hate watching, sports. Unless it's Andy Roddick, or Tom Brady, or Alexandre Despatie that I'm looking at.

3 - Diet Snapple Raspberry Iced Tea. I drink about six of these things every single day.

4 - I turn 30 in about three weeks. This isn't exactly an exciting tidbit of news, except for the fact that I am already having a nervous breakdown. And I hate myself for finding substance to age - it's just a number! - but it's deeply troubling me anyway and I think I'm going to be very drunk for the next few weeks. So prepare for a stretch of incoherent drunken blogging! As opposed to the usual incoherent sober blogging, of course.

5 - I made out with Kevin Williamson once. Yes, the guy who wrote Scream and Dawson's Creek. And I didn't even mention to him - thank god - that I'd just spent my senior year in college writing a forty-five page paper dissecting post-modern horror through the Scream films. This admission is horribly embarrassing.

6 - The farthest I have ever been out of the United States is Toronto. But I grew up about 2.5 hours from Toronto so that really doesn't even count. I don't even have a passport. This is a source of (justified) consternation for the boyfriend. 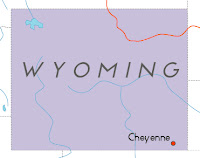 8 - I don't eat rice because of that scene in The Lost Boys where the kid's rice turns out to be maggots. I saw that when I was probably 10 or so and I haven't eaten rice since. I also don't eat shellfish because they are really just giant underwater insects and I don't eat/touch/try to look at anything that has more than four limbs.

Hoo boy, there's some of my particular brand of crazy for y'all to ruminate on. Now I have to tag eight other people. Eight? That's a lot of people! Well, here goes:

Joe R. at Low Resolution
Damion at Queering the Apparatus
Sean at Attentiondeficitdisorderly Too Flat
Aaron at Electronic Cerebrectomy
Glenn at Stale Popcorn
Nat at The Film Experience
Piper at Lazy Eye Theater
JD at Joe's Movie Corner
Take to it, y'all! Or not. I'm not gonna go harrass anybody with this. I won't be standing outside your house with a boombox over my shoulders, promise. In the bushes with a telephoto lens... maybe...
.
Who? Jason Adams When? 10:57 AM
Labels: especially random nonsense

I think you tagged everyone in the known universe. This is the second time I've been tagged, and I know that it will be SF's third time doing it if he does, so... hehehehe.

Seriously? How'd I miss it before? Huh. Anyway, like I said it's totally up to y'all. Don't feel pressured to do it, esp if ya done it before!

Actually I haven't done it yet. I have a large back-up of memes, so I'm doing all those now.

(And today is the six month-anniversary of JMC, and there's a "Pokemon" marathon on, however small, so I FEEL GGRRRRREATT!!!)

Hmmm. I was just wandering around and happened to read this and saw that I was tagged.

Let's see what I come up with.

Dude, you made out with Kevin Williamson? Crazy.

Also, when I was in America last day (all, what? 10 days or something) I drank so much Diet Peach Ice Tea Snapple. I became addicted.

There's a store in my city that gets in American products but they're not able to get it, which is really annoying. They can get all the Dr Pepper anybody would ever need but Snapple is a no go zone. Ugh.

I'd never miss out on an opportunity to talk about myself. I think I did the other two when you were on vacation.

I am from Wyoming. So I resemble that remark about my hometown.