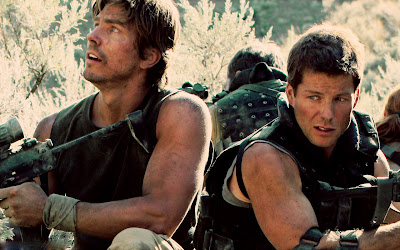 Inspired by stumbling upon the above picture a couple of weeks ago and swooning my ever-loving geek's head off by the sight of two of Battlestar Galactica's resident hunks in their combat gear looking sweaty and ever-so-close, I give you the third edition of MNPP's "Do, Dump or Marry" game, as something to get us through these long months between BSG seasons. Joining the above-pictured Sam Anders at left - played by Michael Trucco - and Lee Adama at right - played by Jamie Bamber (for previous Bamber admiration, click here) - is Karl "Helo" Agathon, who's played by Tahmoh Penikett, seen below: 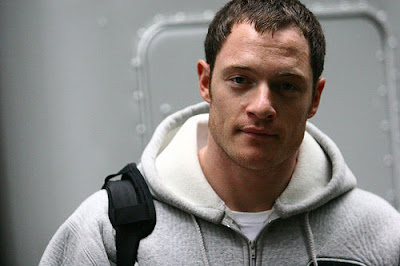 If you don't watch BSG, first of all get your arse in gear and watch BSG, and secondly, these characters' histories are, at this point, too long and complicated for me to fully encapsulate in the space I wanna spend here. But since I know nothing about these actors outside of these characters they play, and I am me, we'll just focus on the physical stuff. 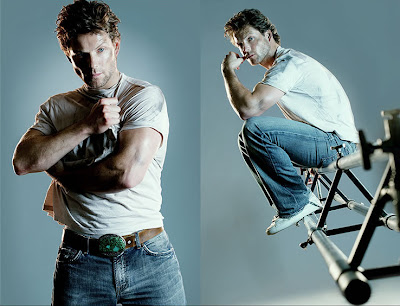 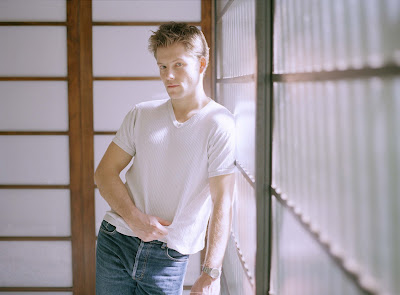 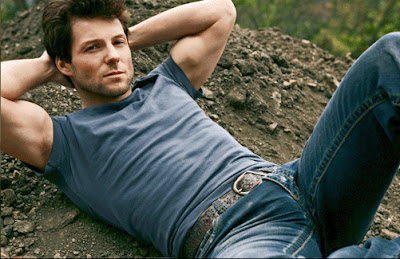 Yes these are PG pics of Bamber; for skin, click here.
If you want to consider such things as personalities in your decision - sure, I did choose the three most physically similar actors on the show, but they're my type so that's how it goes! - we'll take what we know about the characters they play on the show as what you need to know about them outside of looks; you can see what Bamber's BSG character, Lee Adama, is about here.
Here's Mr. Penikett's physical stuff: 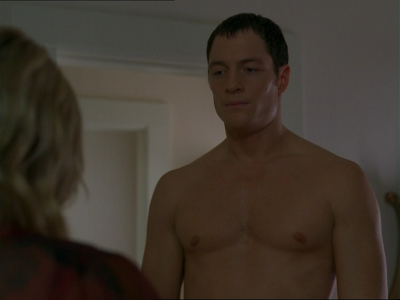 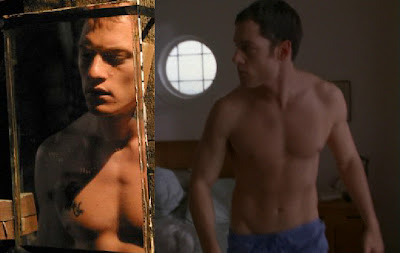 His character of Helo is explained here. 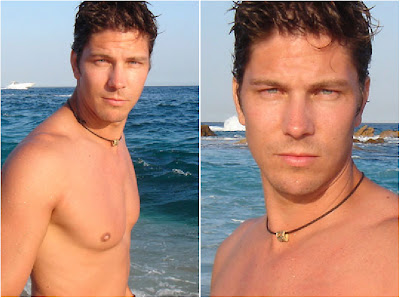 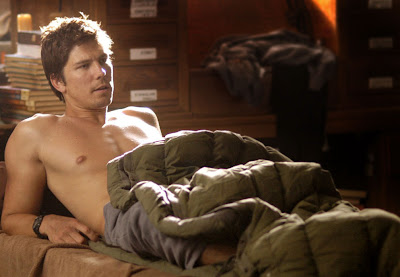 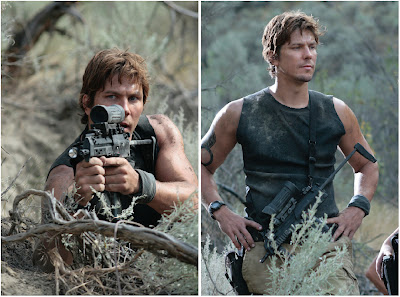 Sam Anders gets a bit of explaination here.
So which of these three - Anders/Trucco, Adama/Bamber and Helo/Penikett - would you want to spend just one night exploring each other's Inner Space with; which would you commit yourself infinity and beyond to; and which would you, in President Roslin's eternal words, throw out the airlock? Answer in the comments, my peeps!

I would marry Helo - so trusting! - do Adama - so abtastic! - and dump Sam - so doormatty! - probably. But man this is tough stuff. Choose wisely! 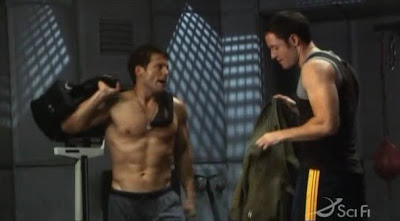 Having never seen an episode....

Yeah, I realized I was probably limiting this to an even smaller audience than usual, focusing in on such a cult show.

And rj, for shame! Get your hands on copies of this show! They're on iTunes! And DVD! It's hands-down - now that VM's gone - my favorite show on TV. And that equals "the best" too, btw.

Okay, looks like my first reply got eaten. I'm doing Appollo (too much baggage to marry), marrying Anders (because: love!), and...dumping Helo? Damn you and your Sophie's choice!

yeah, same reasons with me on Apollo, Joe - he's a mess, but passing up that tiny man's body is an impossible feat, and I could've gone either way with Anders and Helo... terrible, terrible, how I make us tear our hearts to shreds over such imaginary circumstances as these! ;-)

Anders/Trucco--settle in with. Baggage or no, he's got the cute guy next door vibe I like. Adama/Bamber--do and do and do and be done by
Helo/Penikett--the cruelty. I guess I'd have to turn him out.

Do Sam, dump Lee, marry Helo.
Sam is blunky, so a one time shot.
Put 10 lbs on Lee and the magic is over, the out of shape version was not something to spend a life with.
Helo will age well and has the commitment thing down.

do: Sam
hot but somehow it'd be sweet too

dump: Apollo
too full of himself so once you've had the bod

Steven - You've got Bill all to yourself then... no, wait, I wouldn't cross President Roslin if I were you...

homeslaughter and Nat - I was somewhat indifferent to Helo at the start of this past season; when did that turn around? Cuz he's dreamy lifelong-commitment material for me now as well. Huh.

They're all hot. However, Jamie Bamber is the one for me.

Totally agree with you. Apollo has to be done, Anders is a *blank* and Helo, just plain yum, could easily wake up to him every day (sorry honey)
I like em REAL