Kristen, Let Me Count The Ways... 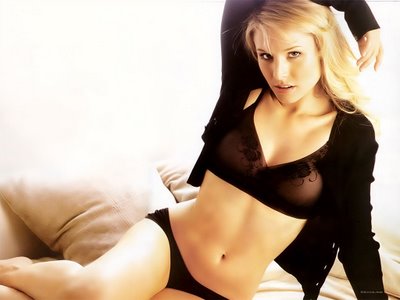 I am seriously beginning to be weirded out by how much I like Kristen Bell. It's... not natural. These... feelings... for someone of the opposite sex are... off-putting and... smelly.

But there she is, Miss Bell, in all her loveliness. Never stopping being the cutest darn gal around. Point? Ah yes, a point! There's a terrific lil' interview with her over at Dark Horizons today as she promotes her opening-this-Friday horror-remake Pulse.
On being in Maxim: "I never thought I would do Maxim, when Bob and Harvey approached me with it" Bell says. "I'm also not stupid, and I understand the business technique of selling a movie. There are 3.1 million and they say 2.9 of them say they would see a movie on opening weekend. Now that's a huge amount when you times that by ten dollars a ticket and I want to sell this film.... I'm not a prude but I think I'm also very classy, and I try to emulate that. I think that I did Maxim in the most tasteful way possible, as I basically went in and was like: I'm not wearing stilettos, I'm not arching my back, and I'm not pulling at my clothes."

Should've known the Weinsteins would be to blame for tarting her up in that laddie-mag. Dirty whoremongerers!
For my opinion on the original film, Kairo, that Pulse is a remake of, go here. I was a fan of large pieces of the original, but it could definitely be an upgrade if remade correctly. The trailers, however, don't leave me filled with a lot of hope - they're totally sucky! But I'll see it anyway, for my Bell. I think I'm gonna do a double-feature on Sunday, since the bf's out of town, and see this and The Descent. I have some catching up to do! 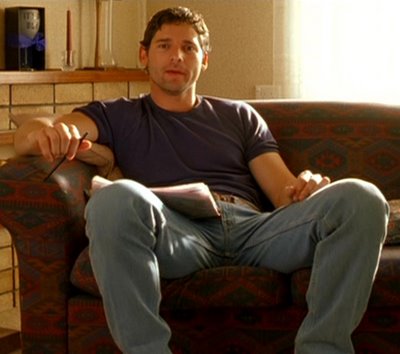 Kristen is in a new movie! Check it out- www.flatlandthemovie.com