March of the Inland Empires 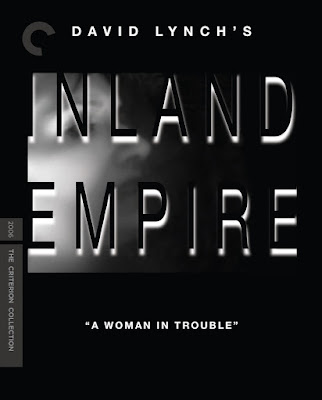 This one isn't a surprise because we've known it's been coming ever since the film made the rounds in theaters earlier this year, but today Criterion -- as part of their announcement for the month of March in the year 2023 -- has made their release of David Lynch's epic masterpiece Inland Empire official! It's out on March 23rd, and includes that new restoration alongside a heap of extras, check 'em all out on that link. I don't have a ton of interest in technical mumbo-jumbo -- there's a reason I left Film-making school to become a Film Studies major instead -- but I'm not surprised this is just a blu-ray and not 4K UHD, given this film's very purposeful lo-fi early-HD look. I know there was some controversy over this restoration, with it messing with that original look, but that stuff just sort of goes in one eye and out the other with me. If Lynch is happy, I can be happy, and I'll also keep my old blu-ray just in case.

March's other three releases are a 4K upgrade of Mildred Pierce (out on March 7th) and then two movies I'm not familiar with -- John Woo's Last Hurrah For Chivalry from 1979 and Joan Micklin Silver's Chilly Scenes of Winter, also from 1979. The latter stars John Heard and Mary Beth Hurt and was produced by Griffin Dunne -- I did see Dunne let this release outta the bag earlier this week when he also said they're still working on the upgrade for Scorsese's masterpiece After Hours. Now there is a movie I need in 4-fuckin-K already!