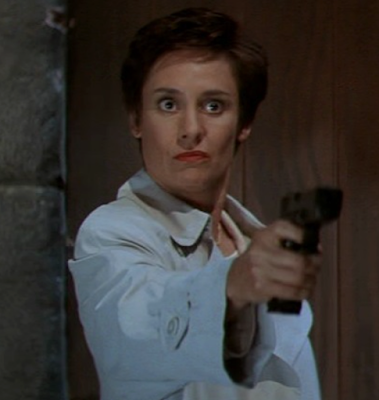 Scream 2 was released on this day in 1997, and I wrote about the film's legacy over at Mashable -- yes, I think it actually has one beyond just being a scary movie sequel! I think Craven did something interesting here that doesn't get enough attention, and that link goes all into it. Check it out, please and thank you. As for me I have an incredibly vivd memory of seeing this movie -- they screened it early at a bunch of colleges across the country and mine was one, so me and all my friends snagged tickets and went and had a blast. It was a very different experience from seeing the first film, which I did by myself in a very nearly empty theater the weekend it was released. The original was a word-of-mouth hit but by the time part two came out (less than a year later) everybody was on board. Twas a blast, just the way you want to watch a slasher. Kinda like this:

Who? Jason Adams When? 11:52 AM
Labels: birthdays, horror, Wes Craven

I was a freshman in college in the fall of 1997, and I so vividly remember watching SCREAM 2 in the theatre, then having to walk across campus back to my dorm on a spooky, snowy night!