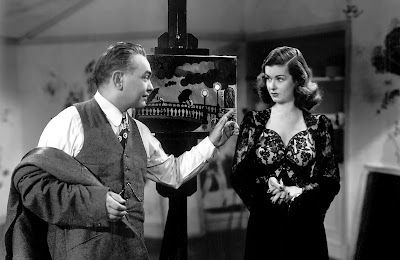 Kitty: How long does it take you to paint a picture?
Christopher: Sometimes a day, sometimes a year.
You can't tell. It has to grow.
Kitty: I never knew paint could grow.
Christopher: Feeling grows. You know, that's the
important thing, feeling. You take me. No one ever
taught me how to draw, so I just put a line
around what I feel when I look at things.
Kitty: Yeah I see.
Christopher: It's like falling in love I guess.
You know... first you see someone, then it keeps
growing, until you can't think of anyone else.
Kitty: That's interesting.
Christopher: The way I think of things, that all art is.
Every painting, if it's any good, is a love affair.

The legendary director Fritz Lang was born 132 years ago today. For some random reason I've spent the past week or so filling in some gaps I had in his later filmography including this film, its weird little companion piece The Woman in the Window from a year earlier, his Hitchcock-esque WWII thriller Ministry of Fear (also from '44), and then 1953's The Big Heat. That's quite the incredible line-up though, right? (Sidenote: you can track everything I watch on Letterboxd.) They were all wonderful but Scarlet Street was definitely my favorite of the bunch, mainly because of what a wonderful surprise I found Edward G. Robinson's performance to be -- he's sweet and subdued here in a way I'd never seen from him before. 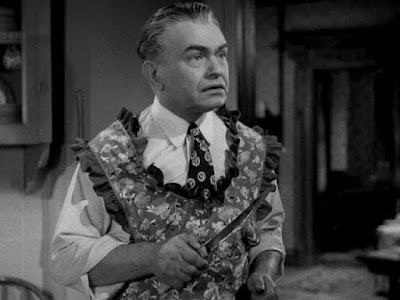 It was also amusing to see the ways that Lang used and re-used the same sets and the same character actors over and over and over again across these movies -- these are just four of the eleven (!!!) movies he made across this decade and I suppose it was thrifty for the studio but it also gives the films their own shorthand; one Lang manipulates to his advantage often. Anyway I've always paid more attention to his early German films but the man had some career. 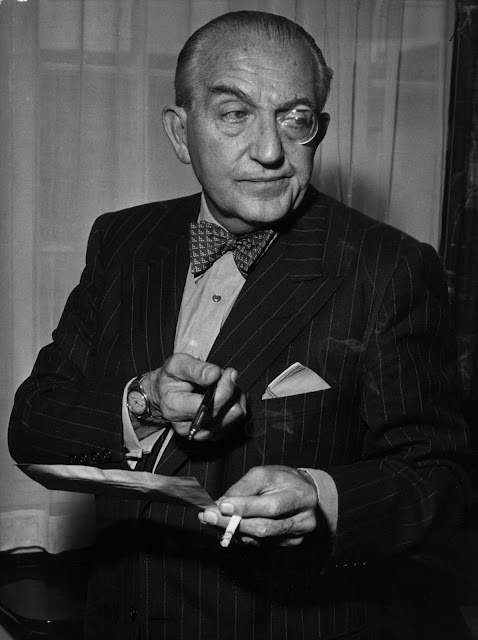 I saw a scene of Metropolis on some “at the movies” type clip show on TV when I was a kid in the 70’s, it was the famous scene where the robot is activated. It hit me like a bolt of lightning! There were no video stores then, and it was not until much later that I was able to see most of his movies. I agree that his early German pictures are his best and most influential (especially M and Dr. Mabuse) but just about all his work is worth watching.

I agree Edward G Robinson did a great job in Scarlet Street, almost playing against type.

Both Robinson and Lang were very active in anti-Nazi and anti-racist activities, for which they took a lot of heat back in the day, they deserve nearly as much credit for that as for their filmmaking IMO.

How lucky you were to discover all those films for the first time!!

Scarlet Street is definitely a wonderfully dark journey with near career best performances from both EGR and noir goddess Joan Bennett (frustrating to realize that not only were neither nominated for this picture-if I had my way both would have won here-but they never received a single nod ever....madness!!) Dan Duryea is also at their superior level.

Much as I like this film The Big Heat is my favorite Lang-followed by M and then Scarlet Street-the director's arsenic attitude seemed to come to full fruition in that film aided by the brilliance of Gloria Grahame and Jeanette Nolan.

Many directors during the Golden Age had their stable of constant supporting players but with Lang it could have been a matter of the performers who were willing to put up with him. Notorious as an often thorny difficult autocrat many performers found it a trial to work for him, those who did best were those who could give as good as they got and not be cowed by his bombastic style like Joan Bennett and Sylvia Sidney both known to be salty no nonsense dames.