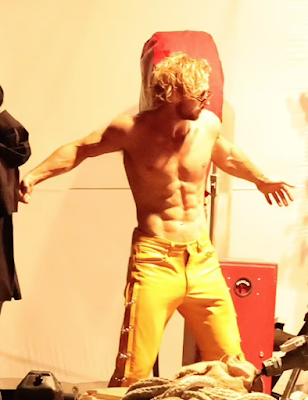 There was a pile-up of cool people added to the cast of The Fall Guy movie that is being made over the past few weeks that I saw happening but didn't keep good track of -- yes, it's a big-screen adaptation of the 1980s series that starred Lee Majors and yes that show was one of Little Me's favorites. Anyway the movie stars Ryan Gosling in that lead role but surrounding him will be Emily Blunt, Winston Duke, Hannah Waddingham (from Ted Lasso), Stephanie Hsu (the daughter in Everything Everywhere All at Once), and most important to us and today's interests one Aaron Taylor-Johnson.... 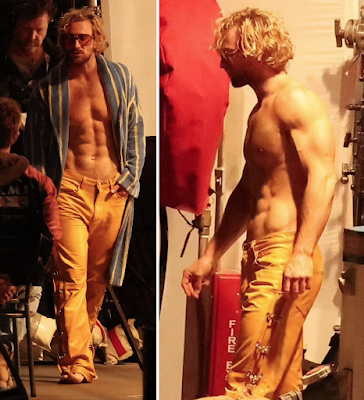 ... who has been photographed (via, thx Paul) on the set looking like this last night. Consider every single person who visits this site's tickets for opening weekend already purchased, Movie! Aaron worked with director David Leitch on his last film (that'd be Bullet Train) and came out looking great (even if I thought the movie was just alright) so I think we've got a new director-actor fave duo. I just hope Leitch gets around to making another Atomic Blonde movie someday... and not just because I am now picture Aaron playing the villain. But I am picturing that. Let's get that done. Hit the jump for all of the photos... 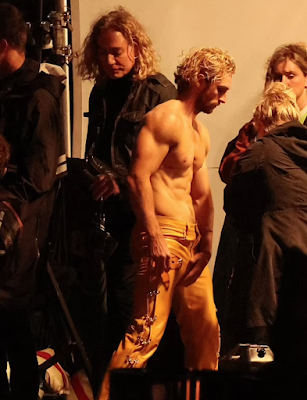 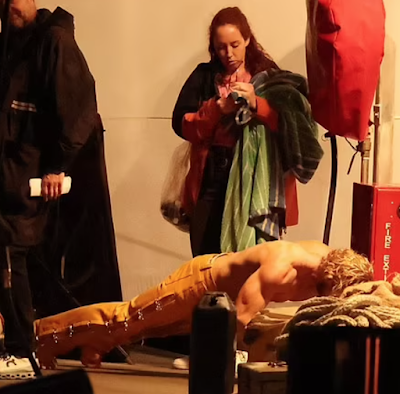 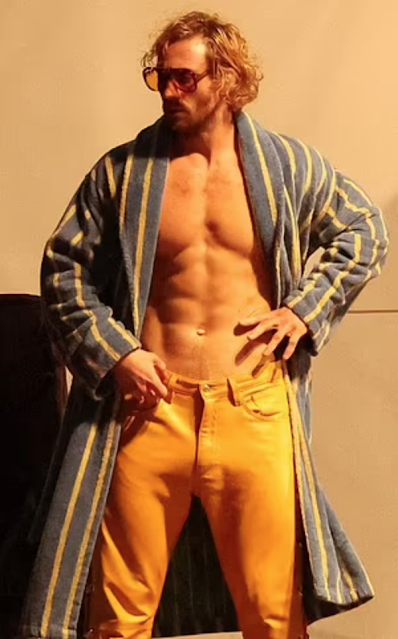 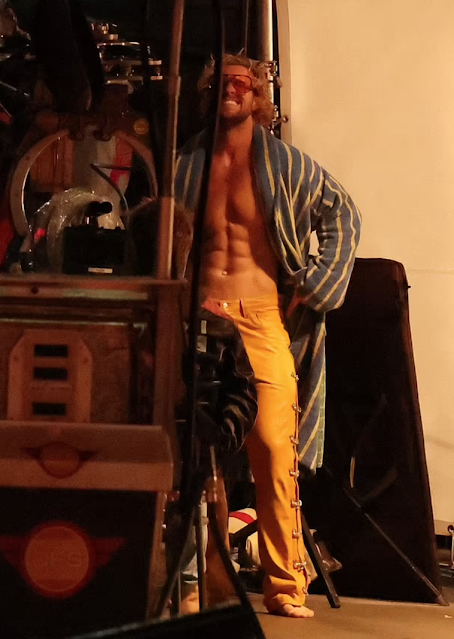 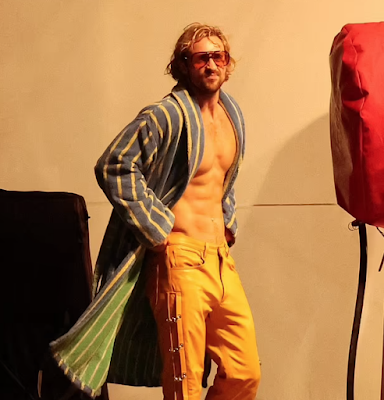 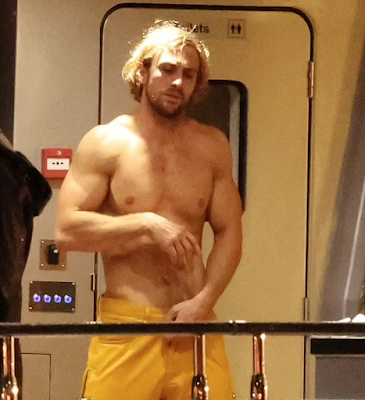 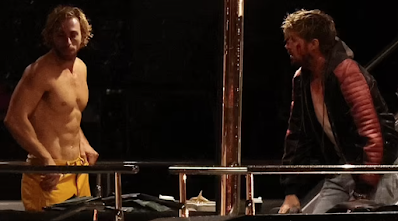 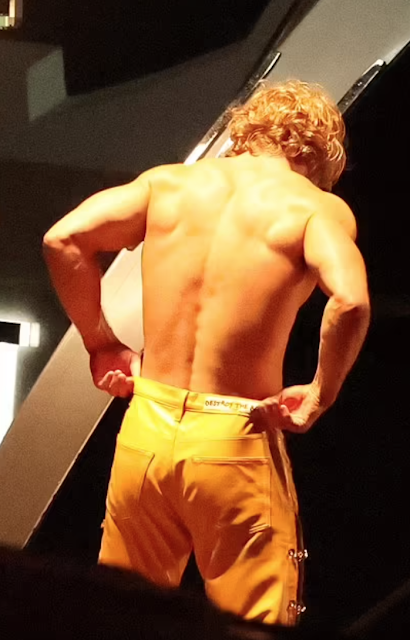 Wow, what a lucky old grooming bird-beaked bitch. Hope he leaves her for one of her daughters one day.

There's a lot of...red flags there but God he's so fucking hot

This charismatic guy is never the lead?! I do not understand.