The Element of Criterion 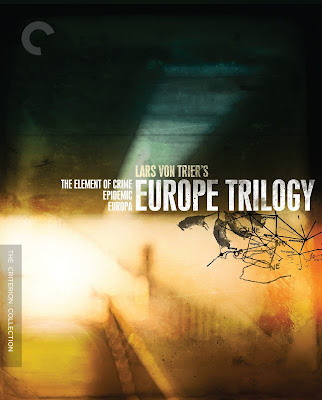 If you're an avid physical media collector like I am then you'll know the pain of this only too well -- you'll see that a movie is hard to own and so you'll scour the international sellers for it and find a reasonably priced copy and buy it for only then like a week later to have a new U.S. edition be announced. It's happened to us all. Which brings me to today, where I have ended up now owning two copies of Lars Von Trier's 1984 film The Element of Crime just as Criterion has gone and announced a brand new fancy U.S. edition. A few months ago that movie was on the Criterion Channel and so I watched it and I loved it.

Watched Lars von Trier's first film THE ELEMENT OF CRIME today (it's on @criterionchannl) and it's got enough mind-blowing shots contained therein for the careers of ten directors pic.twitter.com/CN1kuMtjco


I loved it so much that immediately went and bought the out-of-print Criterion DVD. And then I realized, "Oh wait! I should see the other movies of the trilogy, shouldn't I?" So I went and I bought a foreign DVD boxed-set of the entire trilogy, which includes his 1987 film Epidemic and his 1991 film Europa. And now here we are and it's literally six weeks later and Criterion has announced they're putting out a boxed-set of 4K restorations of the trilogy come January. Argh, et cetera! Anyway my ultimate point is -- hey anybody wanna buy some Lars Von Trier DVDs? 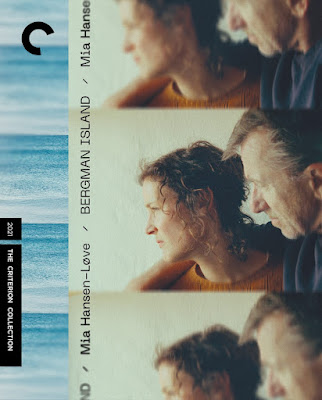 Yes, all of that nonsense aside today is indeed Criterion Announcement Day! They've dropped word on the five titles they're putting out in January of 2023 (well four movies plus the above trilogy) and per usual, all gems. Besides that Lars set the one I'm most thrilled about is Mia Hansen-Løve's 2021 film Bergman Island starring Tim Roth, Anders Danielsen-Lie (mmmmm), Mia Wasikowska, and the great Vicky Krieps -- gimme all the Vickys! All of 'em! I'm not the biggest fan of the Hansen-Løve films that I've seen so far -- I tend to like them fine, but not love -- but Bergman Island is far and away my fave of the bunch. It's the Vicky component obviously. That woman is hypnotic. 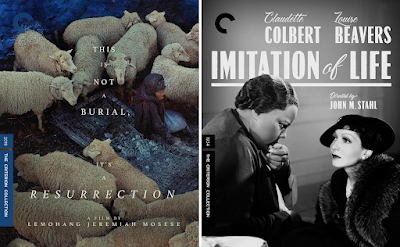 The other three January titles hitting Criterion are as follows: there is Lemohang Jeremiah Mosese's 2019 film This Is Not a Burial, It’s a Resurrection, which is the only one of the batch I've never seen. I have heard incredible things from people I trust though -- have you seen it? Then there's John M. Stahl's classic 1934 adaptation of Imitation of Life with Claudette Colbert -- I will cop to liking the Douglas Sirk version more, but what can I say? I am gay. And finally there is the 4K version of Terry Gilliam's 1988 classic The Adventures of Baron Munchausen -- I have to admit I am kind of surprised they're jumping into the mine-field that is this movie at this moment in time, as Gilliam's proven himself to be a total dick with his hysterical "anti-woke" screeds, all while Sarah Polley has spent the past couple of years going on the record saying what a traumatic nightmare experience this set was for her as a child actor. That said I've never been a huge fan of Munchausen -- if we were talking Brazil or Time Bandits or Twelve Monkeys here I'd be more conflicted. 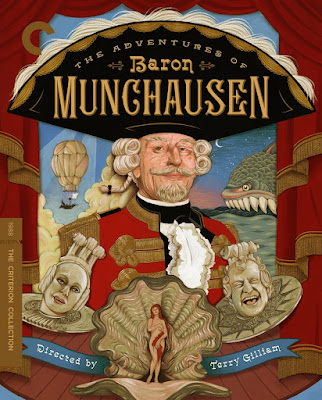 Yeah, the Gilliam thing is tough. He could just be gracious and empathize with her and apologize. But not only did he not do that, he went the other direction and categorically stated why her statements weren't valid. Like an elder who dare not be questioned. Is it a male control thing? I don't know. She was very courageous in confronting him, and did so with such grace.

Sarah Polley should be on Canada's $100 bill or something because she has been so creative and honest and brave since she was a goddamn kid. Even if you go back to interviews with her during her time on Road to Avonlea, she's giving forthright answers to questions. It's so lovely to see the way she's carved her own path in such a challenging, unforgiving, and predatory industry.