Keep the Cameras Rolling in 250 Words or Less 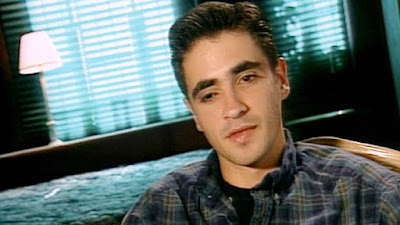 Catnip to anybody roughly the same age and gay as me, but hopefully Keep the Cameras Rolling: The Pedro Zamora Way can extend its reach a little further than that since the early-on reality-star (from the San Francisco season of The Real World) and AIDS activist did have a fairly profound effect on culture -- one that comes through fairly well in this doc around the time former president Bill Clinton pops up and begins waxing rhapsodic on Zamora. There's a shocking amount of footage of Pedro that's not Real-World-focused -- in 1994 it was still semi-novel to have so much video-taped, but Pedro was clearly a forward-thinker and knew his time was short before the virus would claim him.

It's lovely to catch up with all the other roommates (save nasty prick Puck, who never gets mentioned once haha -- in that respect this doc took the "Silence = Death" mantra and wielded it like a mofo!) and to hear about the profound effect Pedro had on them, as anybody who was watching that season of television in real time was affected the exact same way. In the here and now it's hard to remember what a lightning bolt his funny warm and intelligent presence was, given all the fear-mongering about gay diseased monsters we were living through, but the here and now is obviously a good time to be reminded of all that bullshit too, since unfortunately the more things change the more the same sucky people continue to suck.